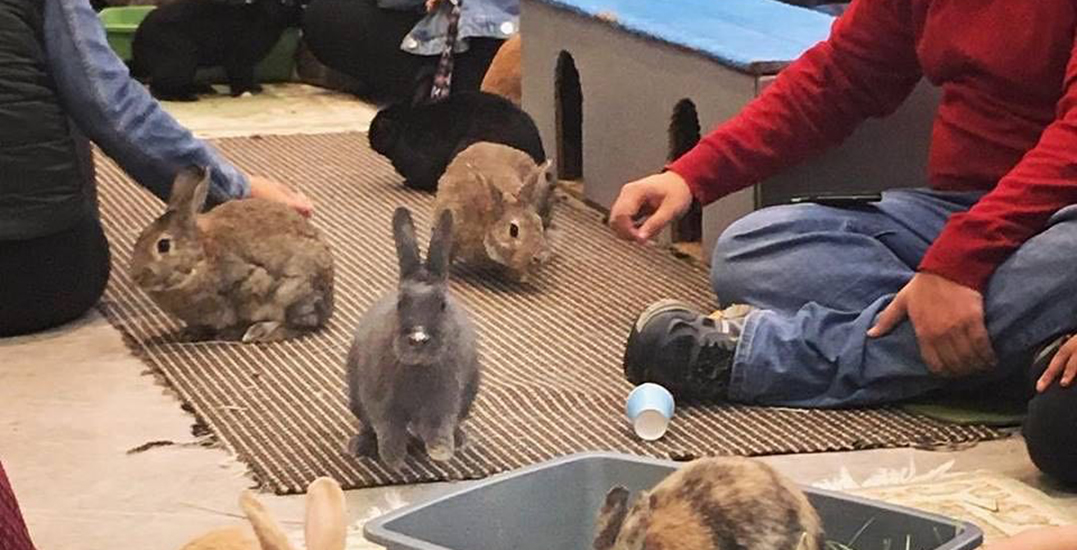 By Spring 2020, Vancouver’s very first bunny cafe could be opening its doors to the public.

Michelle Furbacher, the owner of Vancouver’s first-ever cat cafe, Catfé, shared with Daily Hive that plans to open a bunny cafe are well underway. Furbacher opened the original cafe-turned-foster-home in December of 2017, with adoptable rescue cats from the BC SPCA.

This time she’s partnered up with Sorelle Saidman, the founder of Rabbitats Rescue Society, to turn this concept into a reality. Furbacher met Saidman at a Rabbitats event at the University of British Columbia and, from there, the two moved forward with a new idea. 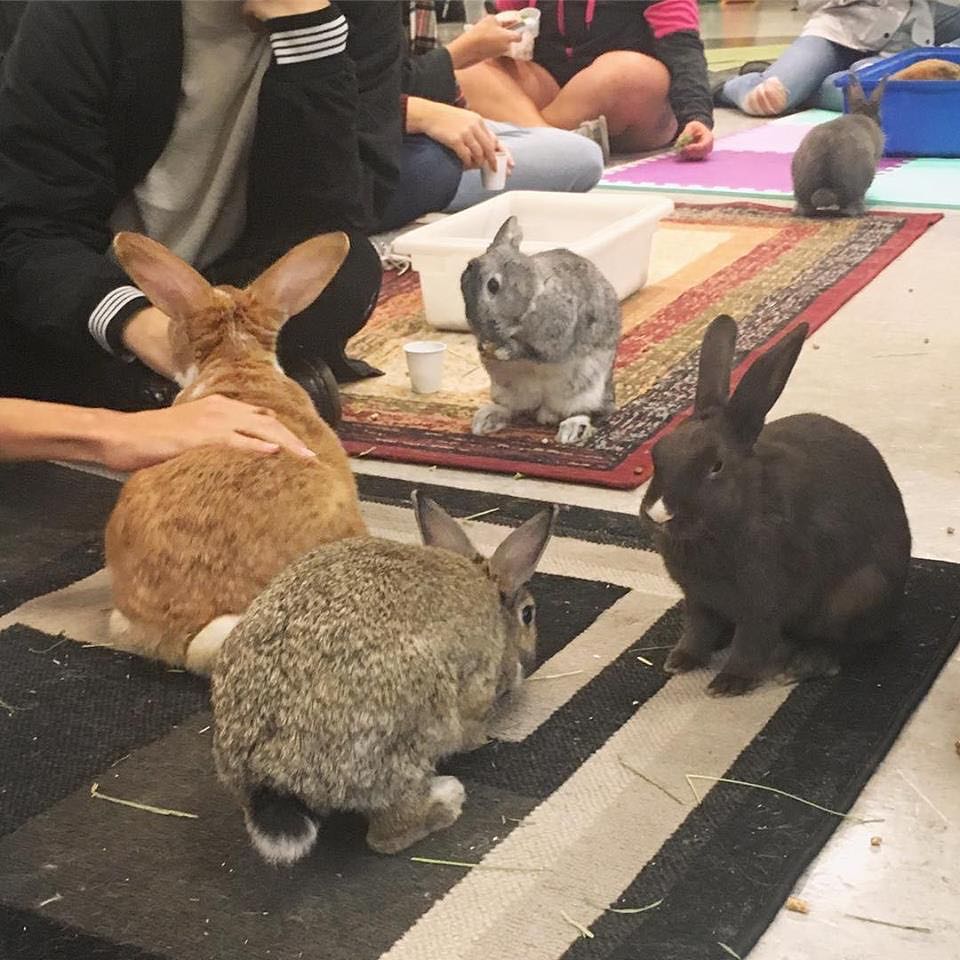 “I found out that they were doing a bunny pop-up at UBC, so I went over to see what that was like,” says Furbacher. “I thought it would be really cool to start a bunny cafe, so I talked to Sorelle about the possibility of a pop-up at Catfé.”

The pop-up, according to Furbacher, went hoppingly well. For a three-week period, the cafe was inhabited by rabbits, and almost every day of the event was sold out. 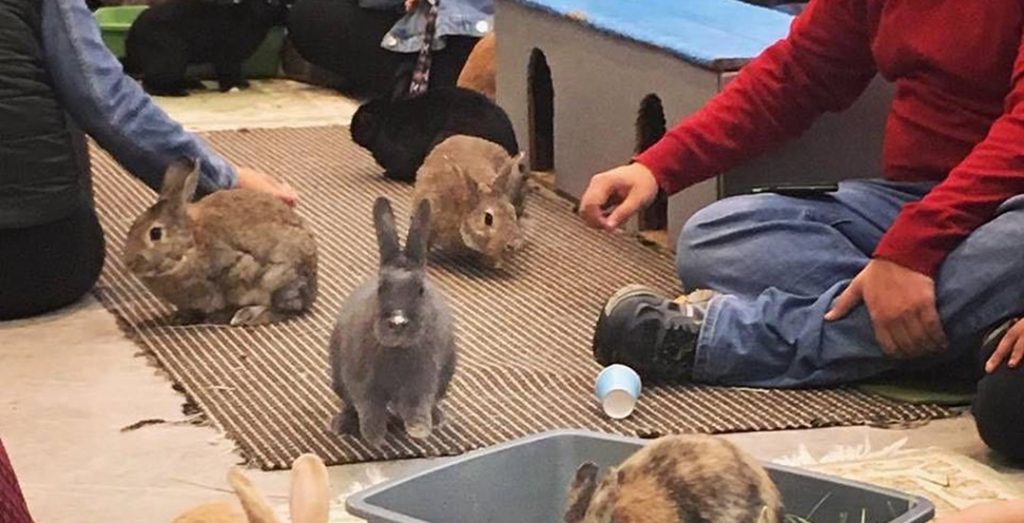 “The response from the bunny pop-up was great. I met a lot of people that had never been to Catfé before and a lot of different people who came specifically because they loved bunnies,” says Furbacher.

Now she wants to use the bunny cafe as a way of teaching people the joy of having a rabbit as a companion pet. 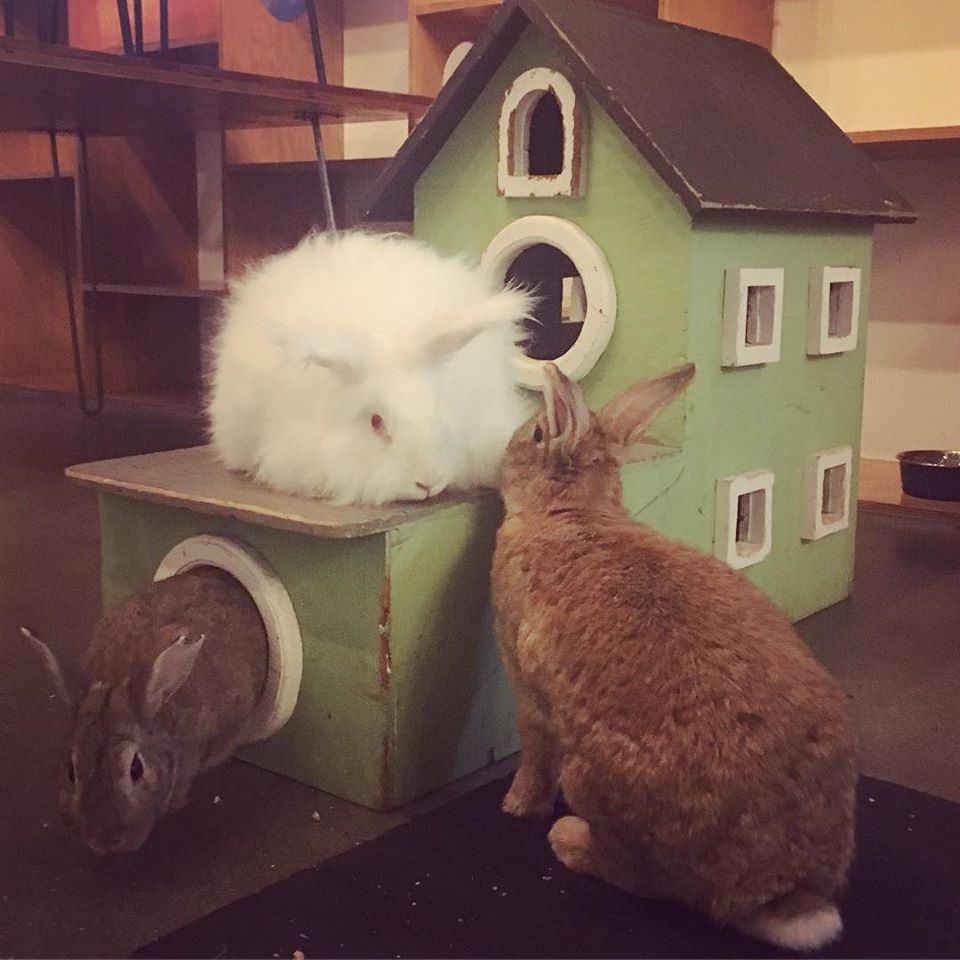 “The animal cafe works really well as an adoption model,” she says. “We wanted to give it a try with the bunnies as well.”

The bunny cafe would have a similar design to the Catfé, in that space will be split between a cafe and an animal lounge. The adoption process would be taken care of by Rabbitats, and the cafe would have on-site handlers as well as adoption counsellors that can speak more about what it’s like to own a rabbit. Naturally, there would also be a number of forms to be filled out. 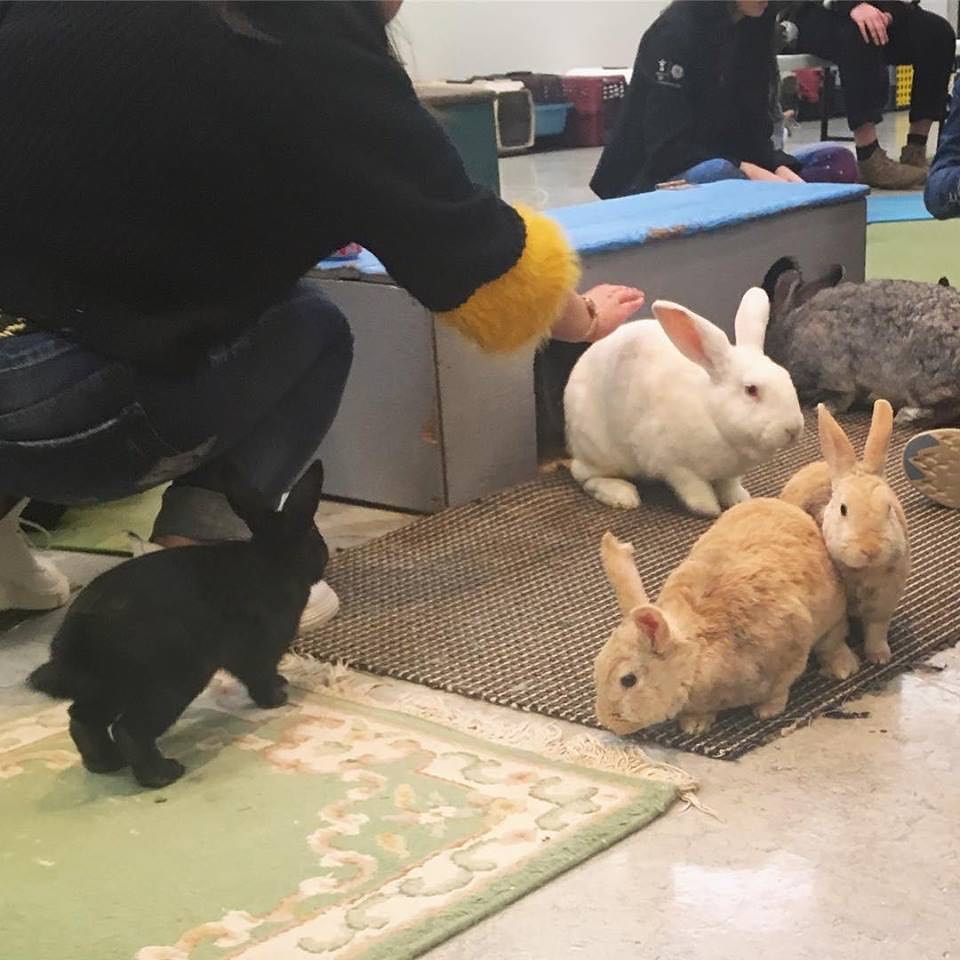 Furbacher says that, ideally, the space will have approximately 20 rabbits at a time, with new ones coming in as others are adopted.

“One of the main reasons I want to do this is to help tackle the overpopulation issue with rabbits in the Lower Mainland,” she adds. “When Catfé opened, we were one of the only cat cafes in North America but that number has gone through the roof now. My dream is that this will catch on as well and that you’ll soon start seeing Bunny cafes pop up in every city.”

“They multiply pretty quickly and there’s a real crisis in terms of overpopulation, I hope this can make an impact and teach people how great owning a rabbit can be.”

Furbacher says that she’s just put in a development permit application, so intricacies of the space itself are limited. She notes, however, that the bunny cafe will be located in the Commercial Drive area.

“Once that comes back in, we’ll be ready to release more details on it.”