As Beyoncé Knowles once said, “who run the world? Girls.” – but we know in reality this is simply not the case.

However, today is a day for Vancouverites to celebrate their efforts in creating an equal society. The Vancouver Bored of Trade (VBOT) has announced that they have elected more women than men on their board of directors.

“This is the next step forward in The Vancouver Board of Trade’s evolution,” said Janet Austin, CEO of YWCA Metro Vancouver, who served as 2014-15 Chair before passing the baton to Tim Manning at today’s AGM. “Over the past year, The Vancouver Board of Trade has hosted several forums and events that have underscored the importance of increasing gender diversity in the business community, and particularly, on boards of directors. Today, we are leading by example.”

This doesn’t seem like a massive change in societal structures but they are the only major business organization in Canada, a place we consider progressive, to have more women than men on their board. And it only took 128 years since the organization first formed in 1887. 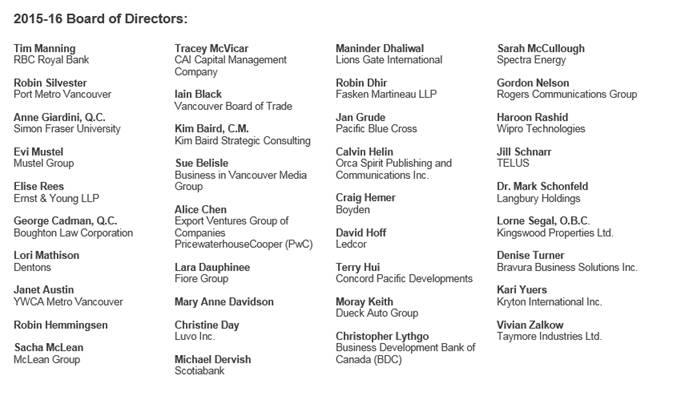 Source: Vancouver Board of Trade