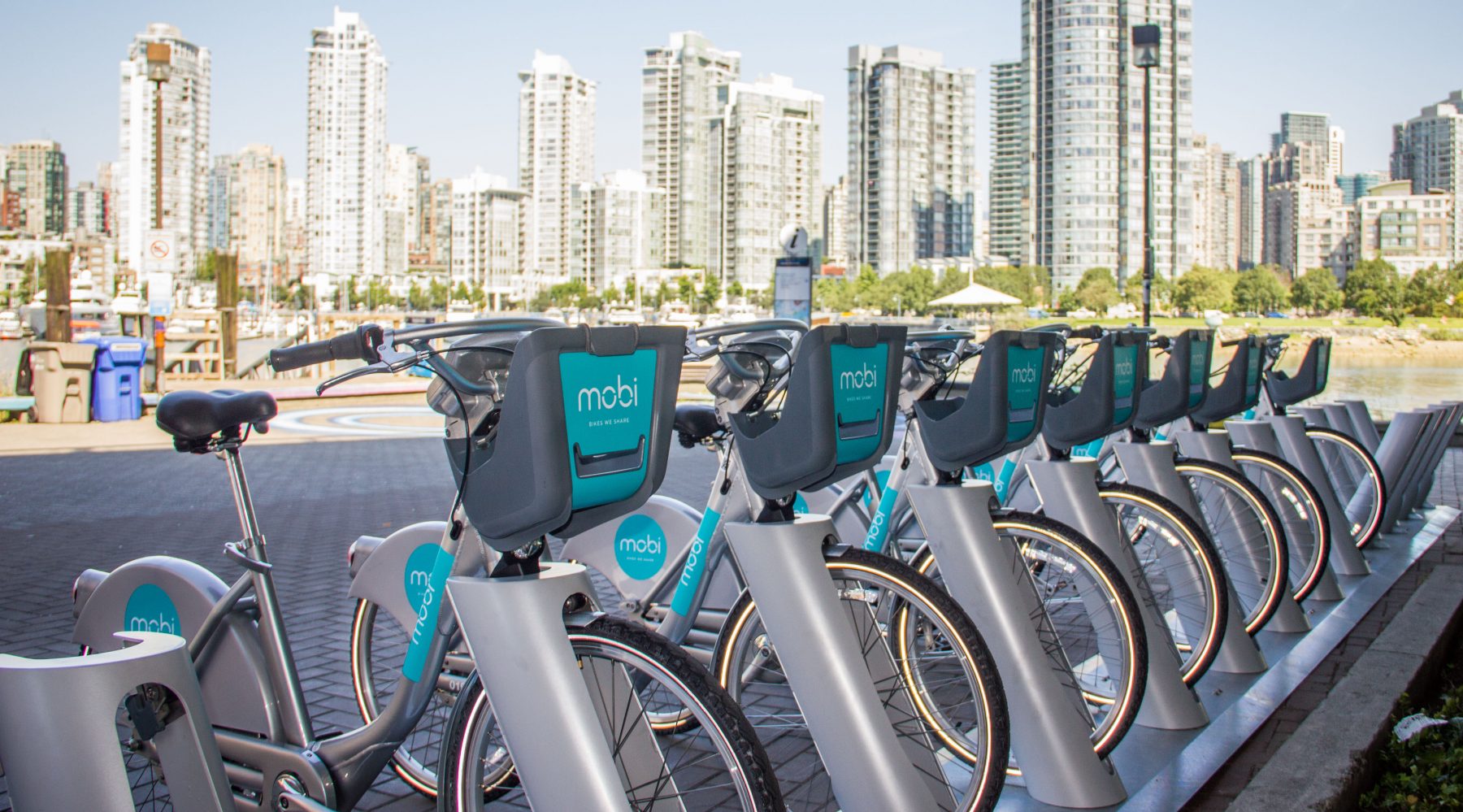 Mobi will be rolled out in phases. By the end of summer, there’ll be around 1,500 bikes available at 150 docking stations across Vancouver.

As for the bikes, they are heavy, but with seven speeds, a comfy saddle and lights, a kickstand, basket, and bell built in, they seem well equipped for Vancouver bike lanes.

Here’s how the Vancouver bike share system will work:

Signing up for Mobi

Although the program will eventually offer day or month passes, Mobi bikes will initially only be available to locals who sign up as founding members on an annual basis.

Founding members then get a welcome kit, an invite to the launch party, a keycard, and instructions on how to activate the card and set up a PIN.

Getting a Mobi bike

There’ll be a mobile app and website available for you to check the location of docking stations – and see how many bikes and empty spaces are available before you head out.

Hopefully, bike availability won’t be a problem – there will be a team of people re-distributing the bikes around the city and carrying out bike maintenance.

Then when it comes to getting a bike, it’s about as simple as it gets – go to a docking station, press enter on the bike’s keypad, scan your card and enter your pin.

After a few seconds the bike will beep, unlock and you can go. 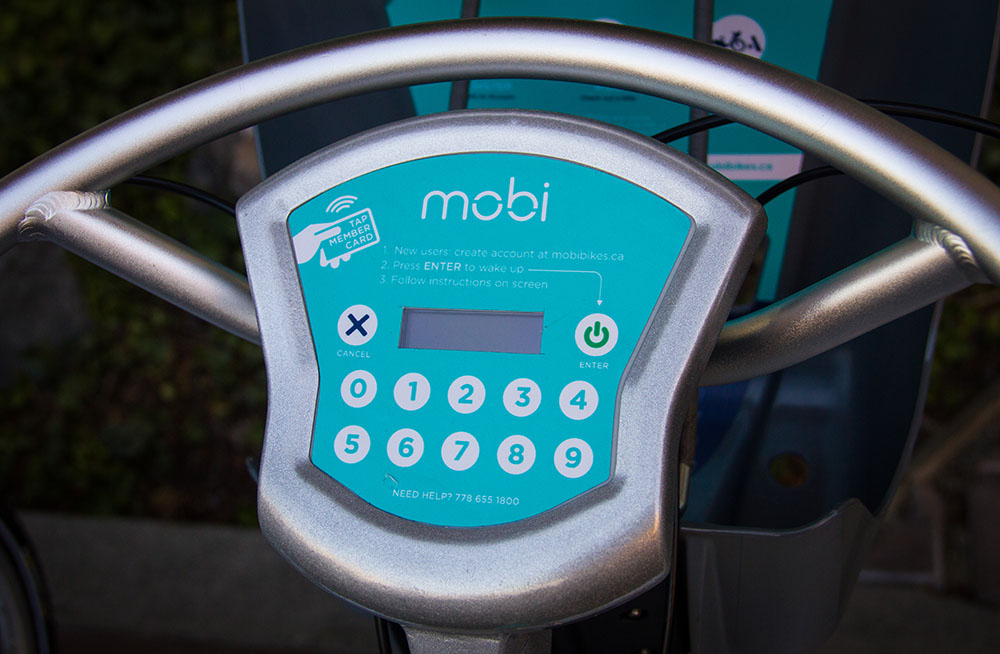 There will be free helmets available at each docking station, as well as helmet liners available in each basket for anyone worried about sharing.

Regular Mobi riders are encouraged to buy their own helmets, and when you sign up as a founding member, you’ll get a $10 discount on a helmet purchase.

How long can you ride?

To return the bike, you just push it back into the rack at a docking station; after about 15 seconds the bike will beep to register as returned and you can walk away. 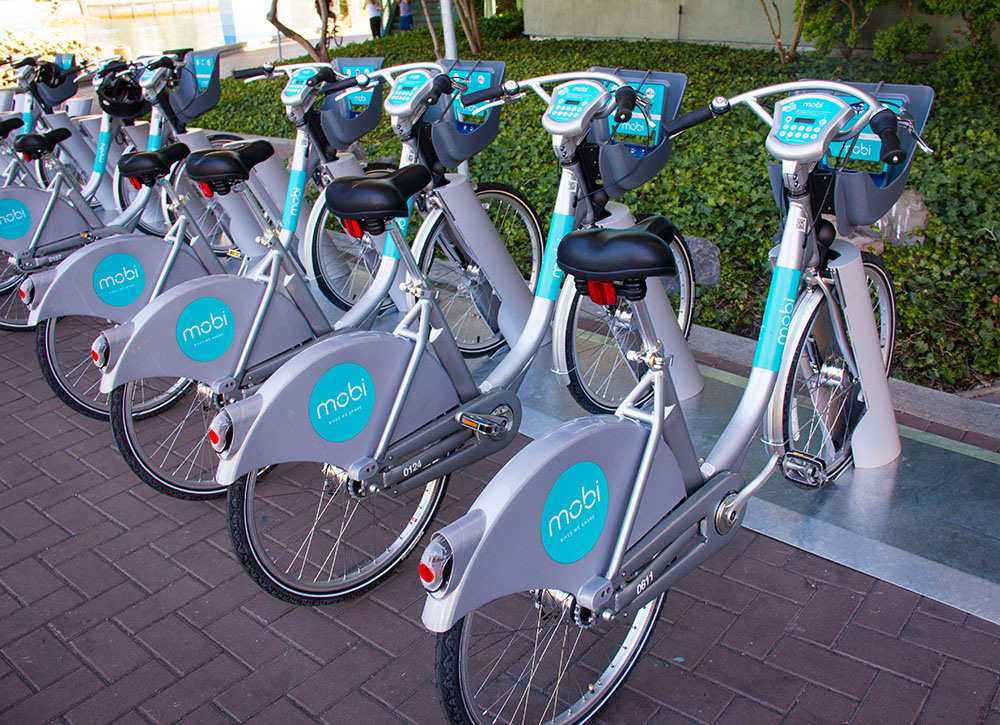 What about bike theft?

The bikes have a cable lock that pulls out of the handlebars and plugs into the bike so you can “stop and shop.”

To lock the cable in place, you simply pull it out, wrap it around a bike rack, plug it into the bike, press enter on the bike’s keypad, and scan your keycard.

The handlebars will also lock at an angle, so even if a wannabe bike thief cuts through the cable lock, they still won’t be able to ride or wheel it away.

To unlock the bike, you just press enter and scan your card.