As evident response to last week’s report that meat will probably murder you (aka bacon is the new smoking), CNN has refreshed a 2014 story spotlighting 11 global cities they’re hailing as “best destinations” for vegetarians, including Vancouver.

Vancouver’s many vegetarians (and vegans) will surely nod in agreement with the inclusion. The city enjoys immediate access to fresh produce and a broad, multi-cultural dining scene that has long included many veg-forward options. Increasingly, chefs at high-profile restaurants are also embracing veggies in fresh and new ways, such as Chris Whittaker at Forage and Ned Bell at YEW, and diners who wish to skip meat for a meal or for good have plenty to choose from on menus.

CNN echoes this sentiment in explaining putting Vancouver on the list: “Over the last few years, Vancouver has seen notable restaurants including the Heirloom, The Parker and The Acorn open to meet rising vegetarian demand.”

Well, oopsies, CNN, this isn’t 2014 anymore–The Parker has since closed, then Big Trouble opening in its stead, from the same team, but they have just announced they, too, are closed up. But we concur with CNN, The Acorn and Heirloom are tops. 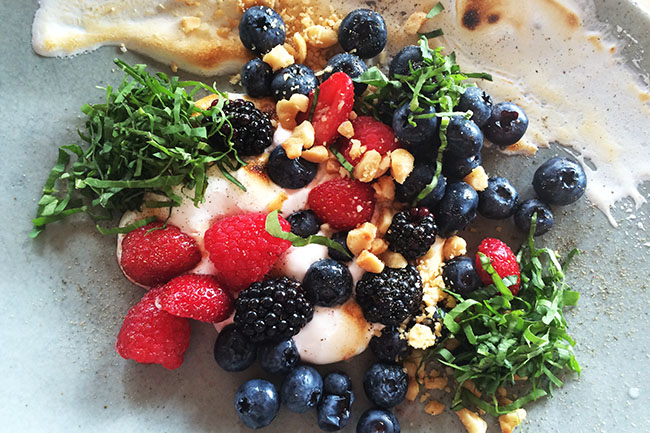 Also missing from the list are other terrific Vancouver vegetarian-friendly spots, like Meet On Main, ZEND Conscious Lounge, and Graze, just to name a few. So raise your glass of cold-pressed organic green juice to Vancouver and let’s make (an avocado on) toast to our terrific vegetarian food scene.

Editor’s note: An earlier version of this story did not indicate that Big Trouble has closed down, too.