Startling news of an American tourist killed by a lion through the window of her safari vehicle emerged earlier this week, and now the victim has been identified as a Vancouver-based woman who worked as an special effects editor in the city for HBO’s “Game of Thrones”.

Katherine Chappell, 29, moved to Vancouver in 2013 from New York to begin a job working with production company Scanline as a visual effects editor on “Game of Thrones”, Captain America, Godzilla and Divergence. She left for South Africa from Vancouver on May 25 for a trip to raise money for anti-animal poaching programs.

So long Canada! Next stop London!

Chappell was being driven by a guide in Gauteng Lion Park outside Johannesburg, South Africa on June 1 when she reportedly rolled down her window to snap pictures of a lioness. The animal then lunged through the window and attacked Chappell, causing her death. Park staff chased the lion off and attempted CPR on the victim but could not revive her.

Her tour guide, Pierre Potgieter, was also injured in the attack but is currently recovering. He denies witness claims that the vehicle windows were open, a practice strictly against park rules.

The UK’s Daily Mail reports Chappell’s attack is the third lion attack at the park in four months. Encounters with lions at Guateng Lion Park and other safari locations in South Africa are common, but only a small percentage end in injuries or deaths. 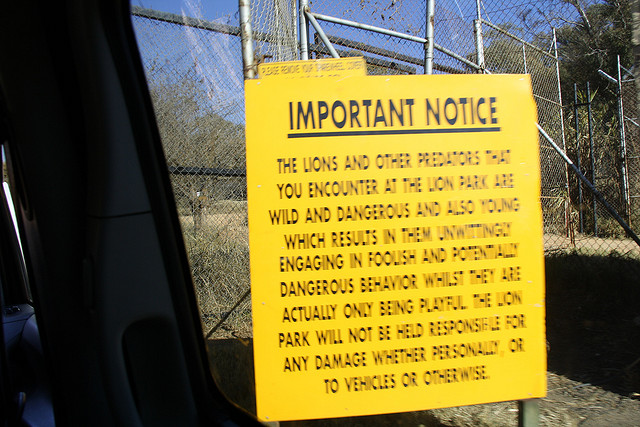 Last year, one visitor to the park witnessed first hand how important it is to obey park rules, including locking vehicle doors. In a video posted to YouTube, the visitor filmed while a lion approached the vehicle and opened up the car door.

Another YouTuber caught a lion attempting to enter their vehicle, but luckily the windows were closed. The animal does manage to tear off the side view mirror and chases the car as the driver speeds off.