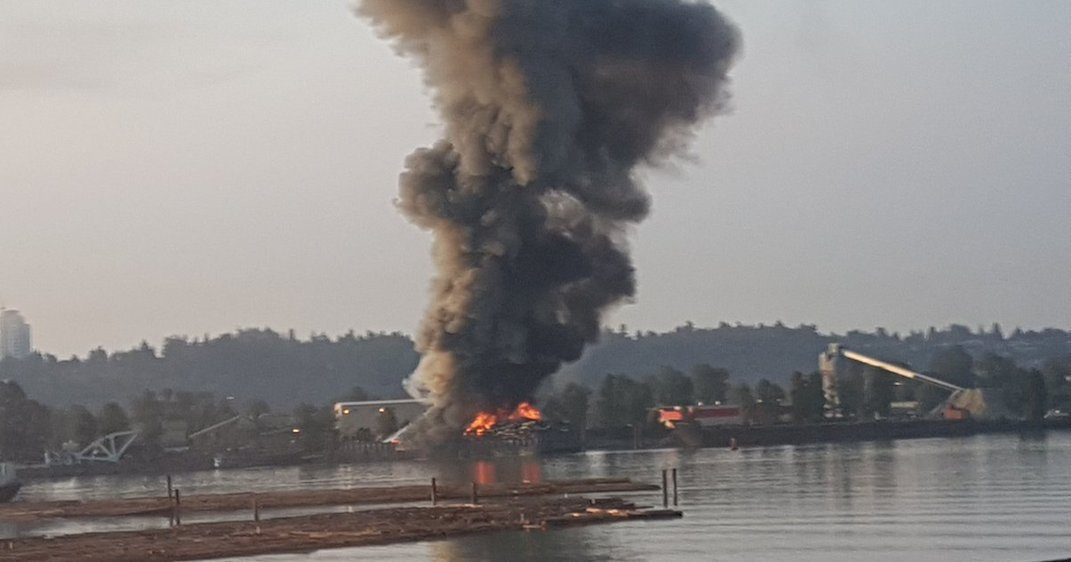 A large barge fire erupted in a Surrey early Friday morning, sending massive plumes of black smoke and flames into the air.

When you drive into work for shift change and this is what you see ……. most would turn around but we drive a little faster ! As reported by every media outlet Surrey crews are battling this massive fire. Stay safe on the front lines! pic.twitter.com/aLKC1BLlMv

From photos shared on social media, witnesses say the fire appears to be near the scrap metal recycling plant in Surrey.

Witnesses have also said they can smell the fire across the river in New Westminister.

At this time, there have been no reports of injuries, transit delays or road closures.

Huge fire on a barge near the scrap metal recycling plant in #Surrey. #surreybc #surreyfire pic.twitter.com/u8kTuWnb0P

@NEWS1130
I could see the smoke coming in from Langley on Fraser Hwy.
I took these as I was going over the bridge. pic.twitter.com/dPcgHFIWyz

Not helping the air quality. Can smell and taste it across the river in #newwest pic.twitter.com/sILo7CFcKR

So…. #Surrey is on Fire. pic.twitter.com/5xHknhmw0S