At the TELUS World of Science, a Vancouver artist has taken a boring plywood barrier and transformed it into a futuristic work of art.

Street artist Matt Bowen’s newest piece at Telus World of Science transformed what would have simply been a plywood obstruction into a vibrant piece, featuring brilliant colours, robots, and rockets.

“Brian [Radburn at Science World] phoned me up and said ‘I need something for this wall, it has to be kind of science-y,’ and I was like ‘Oh, I happen to have this funky robot picture,” Bowen told Vancity Buzz.

The piece was constructed using wheat pasted paper cutouts and paint, and is a modification of a piece Bowen had worked on previously, originally featuring a robot controlling a marionette, which is in turn controlling the larger robot with a remote.

After altering the piece Bowen says he’s pretty happy with how things turned out.

“I’m really happy [with it]. Science World is a company I respect quite a bit, so I’m really glad Brian contacted me,” Bowen says.

The piece can be found in the lobby of the Telus World of Science, at 1455 Quebec Street in Vancouver. 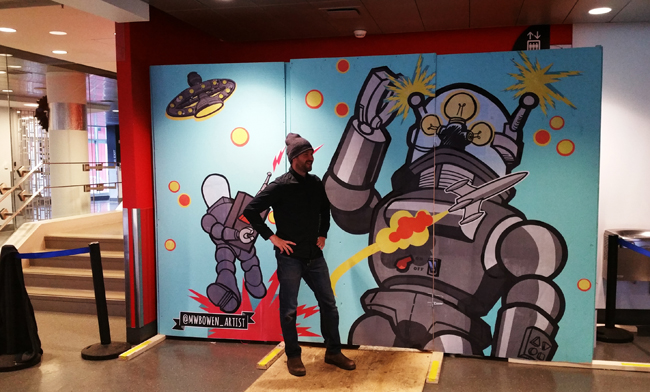 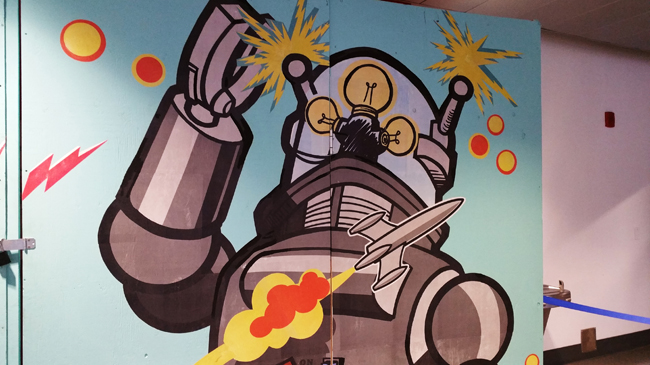 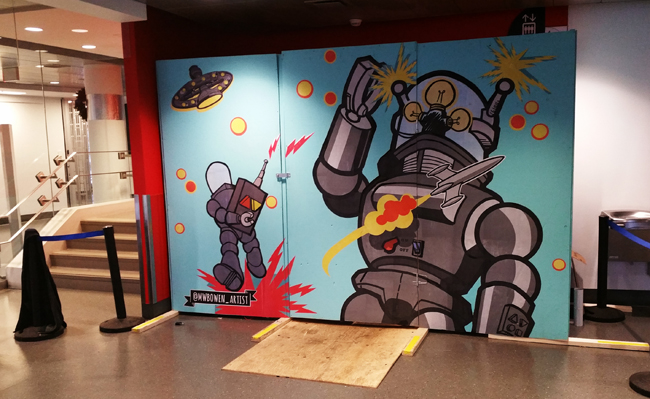