Brent Grassie has long been famed for his influential rock’n’roll jam sessions from touring across Canada with his band. Influenced by his esteemed artistic grandfather (Orris Steinburg), Grassie learned to play with brushes and instruments at a very young age. 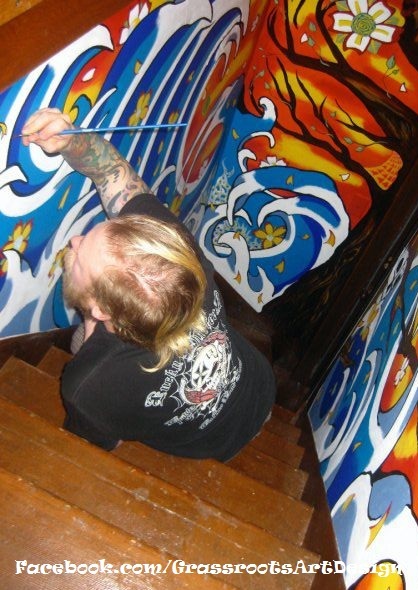 His craft grew over time but naturally stemmed from his Grassie-roots. “Being around a remarkable artist as a child made me into the man I am today,” said Grassie about his grandfather. At the age of five, Grassie started to draw lines on paper, which caught Steinburg’s eye. After a few pointers, Brent’s love for art was ignited and carried with him through high school. This burning desire to draw would consume his class time as he’d doodle skulls, waves (like Hokusai) and roses in class.

“I really like drawing skulls as they’re so mysterious to me. I often think of the life that once lived atop the skull, and how they ended up in this way. My love for art starts and ends with the story beyond the canvas.”

For nearly 15 years, Grassie has been commissioned to paint, draw and design a variety of pieces for anyone enamored by his unique style. From concert posters to baby clothing and everything in between, there is no canvas too big or small that he won’t work with. As most of us celebrate Halloween with treats and costumes, Grassie celebrates differently. He pays tribute to family and friends by painting Mexican sugar skulls, celebrating Day of the Dead. 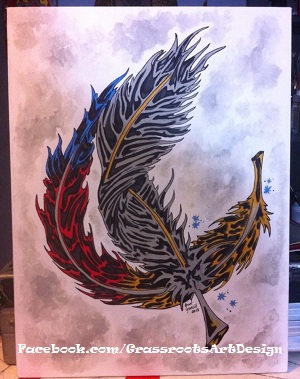 In 2011, Grassie was commissioned by Guava Jelly (12th and Cambie) to do a series of hand painted baby clothes. Hip parents in “VanCity” were immediately drawn to his collection. Grassie’s art became legendary within the community and can be seen all over town. It was at this time that Grassroots Art Design was established on Facebook for the public to “like and share.” For the past three years, Grassie has participated in art shows and shown his work in cafés. Currently, Grassroots Art Designs are being shown in the SBC Restaurant, located at the former Smilin’ Buddha Cabaret (109 East Hastings).

As a musician, Grassie is highly regarded as being one of the “go to guys” for album covers, CD wallets, concert t-shirts and posters. Grassie resides in Kitsilano with his dog, Hendrix (how very fitting), and continues to play for a living. Being an artist is his way of life and it’s what he says “fuels his fire.” 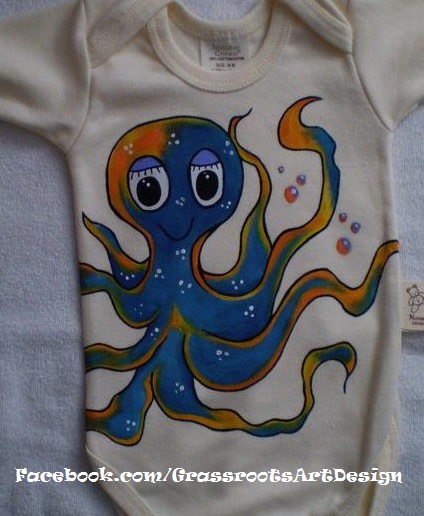