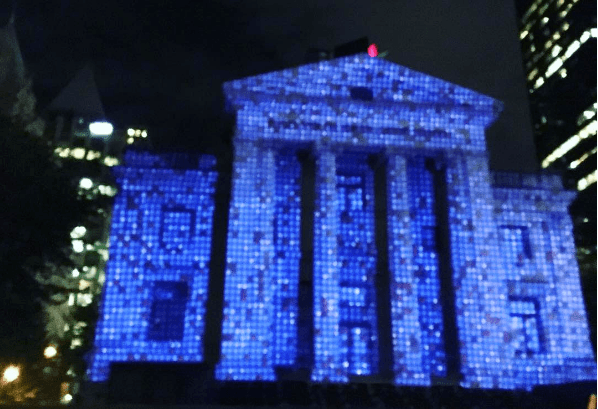 The Vancouver Art Gallery was transformed once again last night as day 2 of the Façade Festival turned the Robson Street exterior into a pixellated piece of projection art.

From August 30 to September 3, each artist will get a chance to display their projections on the Art Gallery with a special encore presentation featuring all five artists’ work on September 4 and a grand finale on September 5.

Take a look below for some of the best photos from last night’s presentation from Barry Doupé.