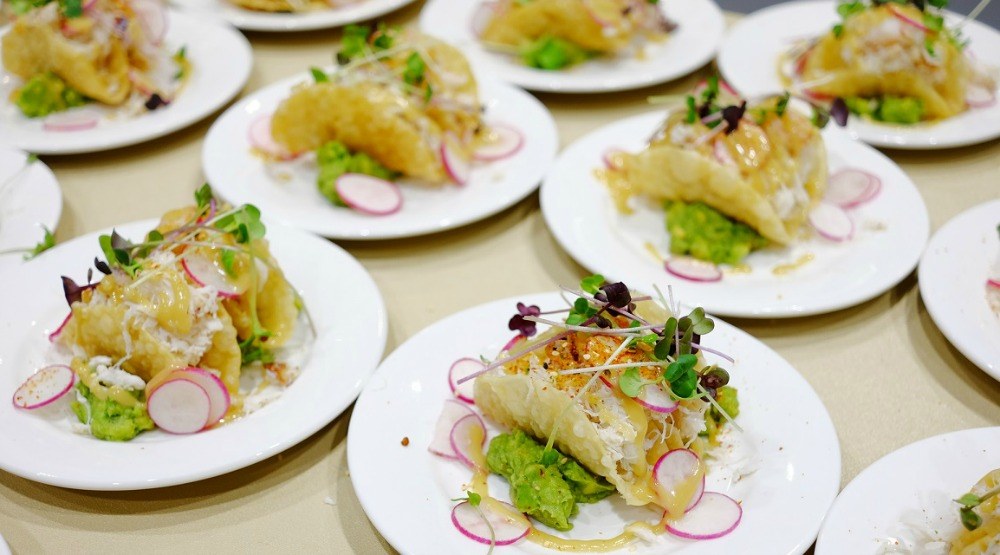 The city’s top culinary talent will be hitting up Vancouver Aquarium this week for a seafood-themed event.

‘Fin to Tail‘ is a cooking class-style event that’s returning to the Aquarium for its second year on Thursday, August 3. And once again, it will feature a lineup of the city’s hottest chefs.

You can go along to the culinary extravaganza to enjoy special tastings provided by the local FISH (Fresh Ideas Start Here) Market and see live cooking demonstrations, all in the outdoor ocean courtyard.

You’ll even have the opportunity to sharpen your knife know-how with a live demonstration from Mike Wrinch of Knifewear. Plus, you’ll get to pick up recipe cards at the end of the night so you can create your own dishes at home.

Since the event is for adults-only, you’ll be able to explore the many galleries of the aquarium with a glass of wine or beer in hand. And to celebrate this wonderful foodie evening, we’re giving one lucky reader two free tickets to the event. 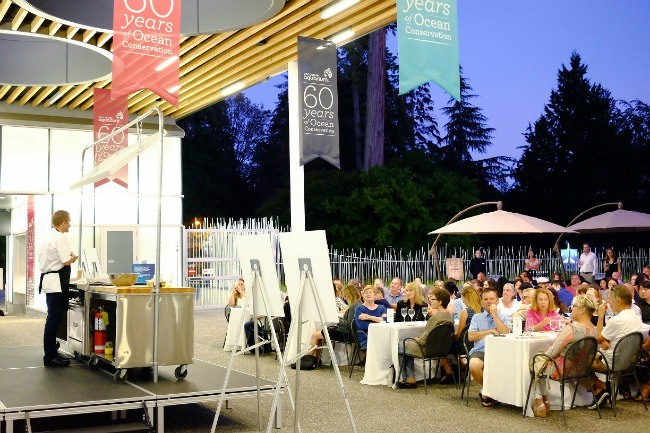 “Last year’s inaugural event was a hit, so we’ve brought back Fin to Tail for a second year to satiate the appetite that local foodies have to hone their home cooking skills. There’s no better way than this to spend a summer evening outside with friends and fellow seafood lovers. It’s an opportunity to learn about the ocean-friendly choices we can all make, and to learn firsthand that sustainable truly does taste better,” says chef Bell in a press release. 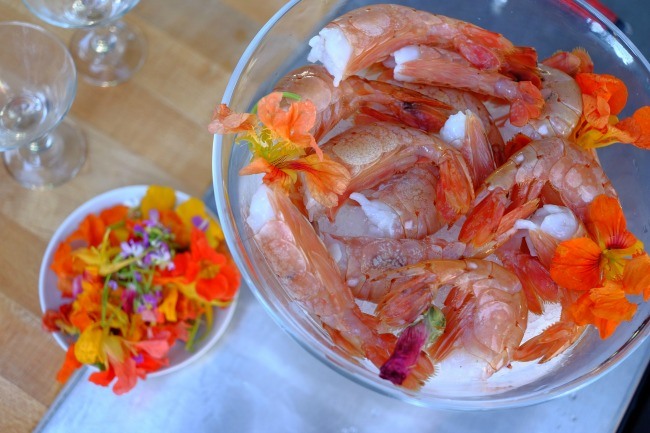 Tickets to the event are available online through Vancouver Aquarium, costing $90 each. This price includes your food, wine, and beer, for the entire evening. All proceeds raised from this event will directly support the aquarium’s ocean conservation programs.

But you could be the lucky reader to win two tickets for free simply by entering the contest below.

Enter for your chance to win two free tickets to Vancouver Aquarium’s Fin to Tail cooking event on August 3.

To enter for your chance to win two tickets to the Fin to Tail event at Vancouver Aquarium, do at least one of the following:

4. Leave a comment below telling us why you want to attend the Fin to Tail event. (1 entry)

Contest entries will be accepted from time and date of publishing until 11:59 pm PST on August 2. One winner will be chosen at random and contacted through the platform they enter by.