On June 13, Vancouver Aquarium will be boarding up their doors on the north side of the facility and cutting the ribbon on the south side. Opening onto a clearing, the new entrance will feature a number of elaborate displays. A wall featuring a “school” of donors as well as a completely new custom designed hub are among the changes. 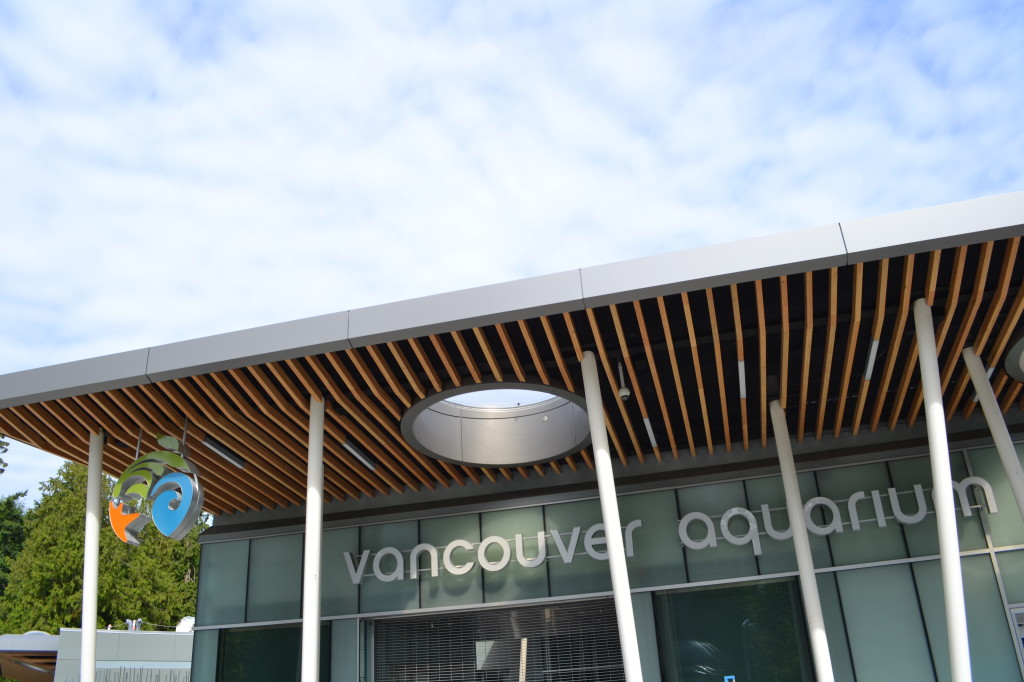 Dr. John Nightingale, Vancouver Aquarium president and CEO, took some time to give us a private behind the scenes tour to get a peek at what will be up and running on Friday morning.

A pipe runs through it

One of the most dramatic changes to take effect through the renovations is contained within a loop of pipe snaking its way through the innards of the buildings. Out of public sight, this pipe actually reflects the most environmentally conscious change made during the renovations. 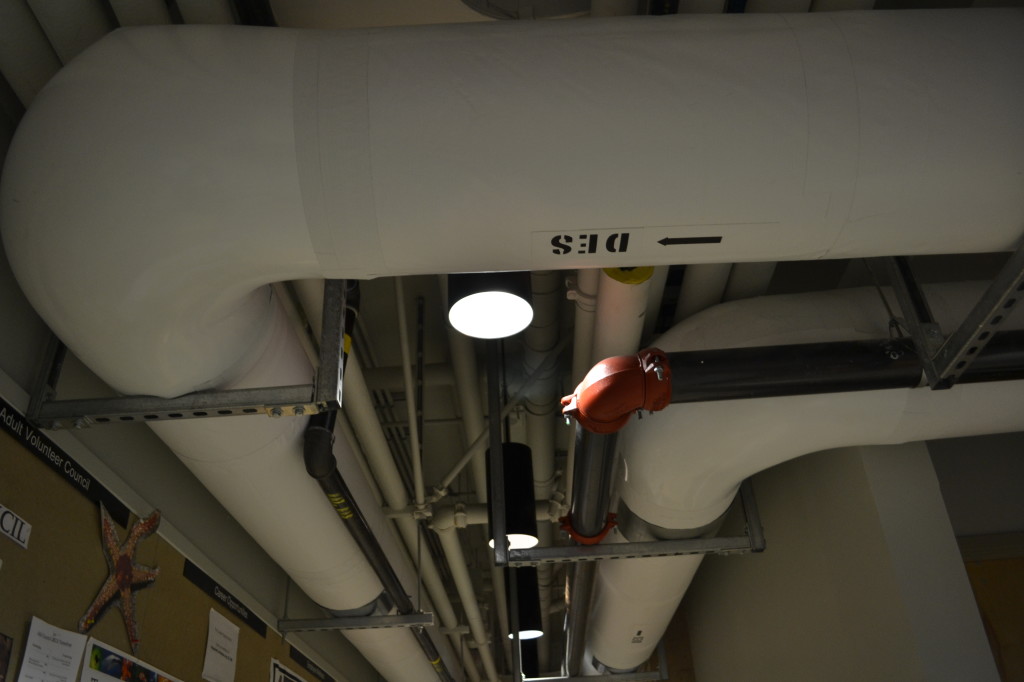 “Today we spend energy, in this case natural gas, to chill the belugas while at the same time heating the tropics. So whats wrong with that picture? The answer is this pipe,” Nightingale explained as he pointed to a massive pipe in the ceiling.

The creation of a very unique district energy utility which is anchored in the new building and acts as a giant heat exchange. It ties all of the buildings together and takes heat out of the beluga exhibit to feed back to the tropics. As one of the largest parts of the expansion this feature has been in the works for 10 years.

This is in addition to ensuring 86 per cent of their waste is diverted away from landfills. 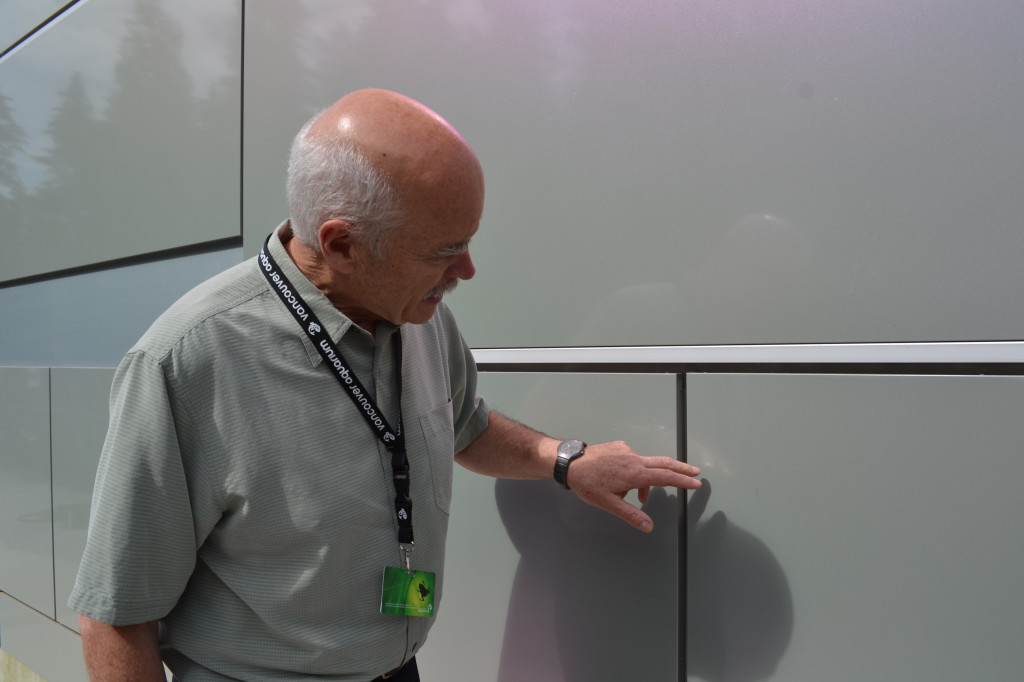 You might notice the exterior of the Aquarium looking luminescent in the sunshine. The new aluminum panels along the exterior walls are accented with a plastic additive giving them a look like the scales of a fish. As the sun sets in the evening the building will take on a pink hue depending on where the light catches it. 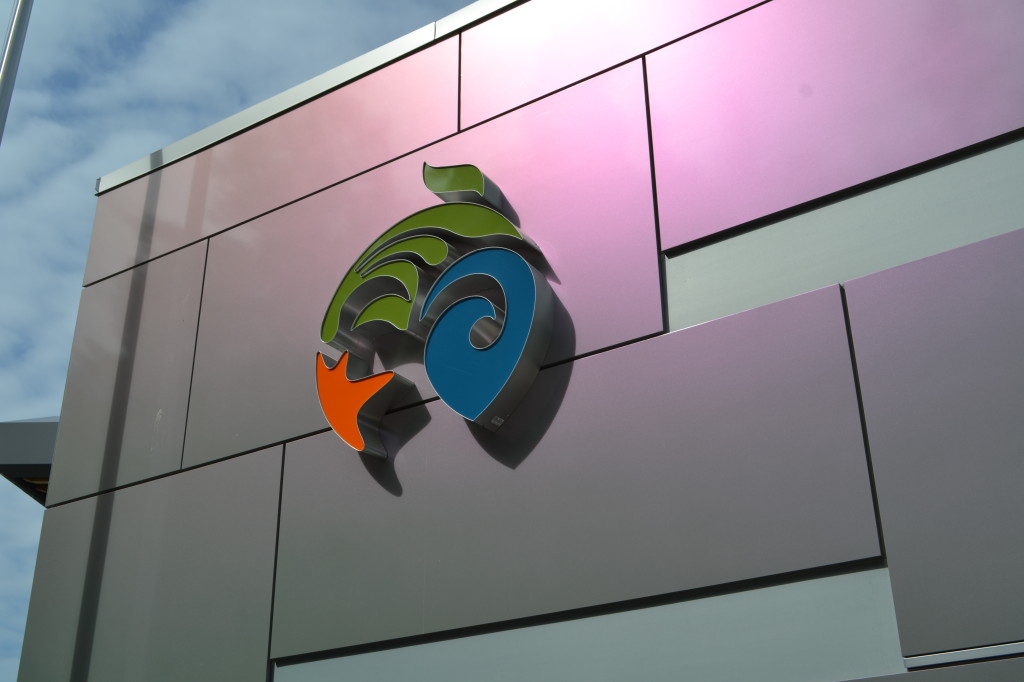 The return of a legend

The Chief of the Undersea World, a commissioned piece by world renowned artist Bill Reid, will be back in its central location in front of the new entrance. The sculpture has been safely kept deep inside the aquarium to protect it during construction. 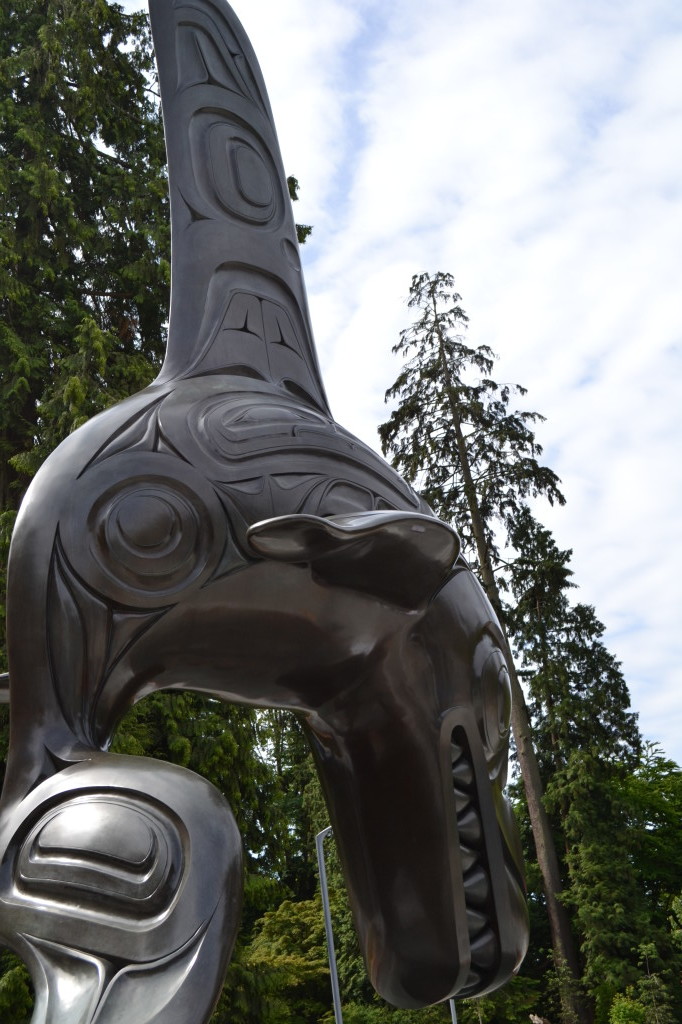 “One of the great things about being 58 years old is having 58 years of community support,” said Nightingale. “When you have that many supporters for that long, you need to find a way to recognize them. So we combined a piece of art with our long term donor recognition.” 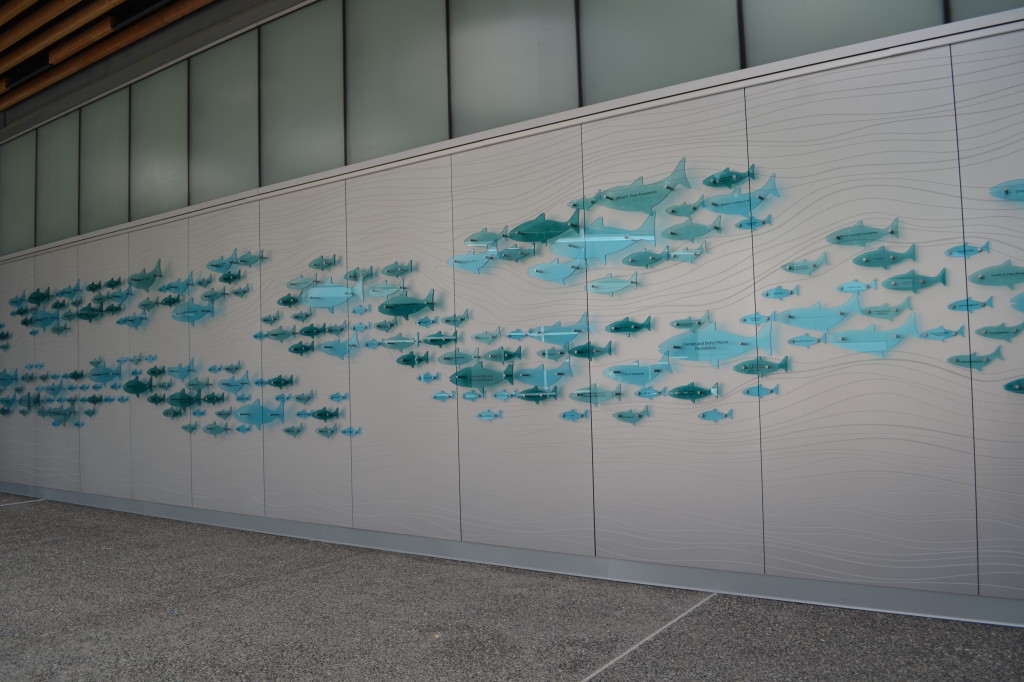 In front of a jigsaw of aluminum panels engraved with waves are glass fish each with a name etched into it. The goal was to create something interesting as opposed to a plaque on the wall. 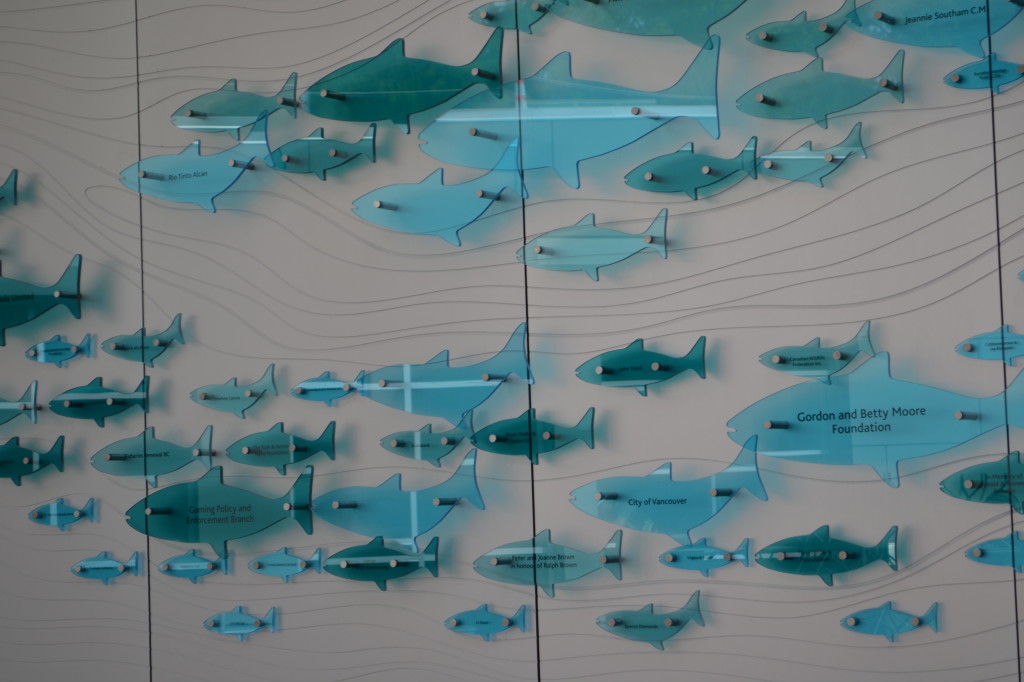 The addition of a central hub allows an open meeting place that branches off into the various wings. In the centre of the room is a massive model of the planet Earth. 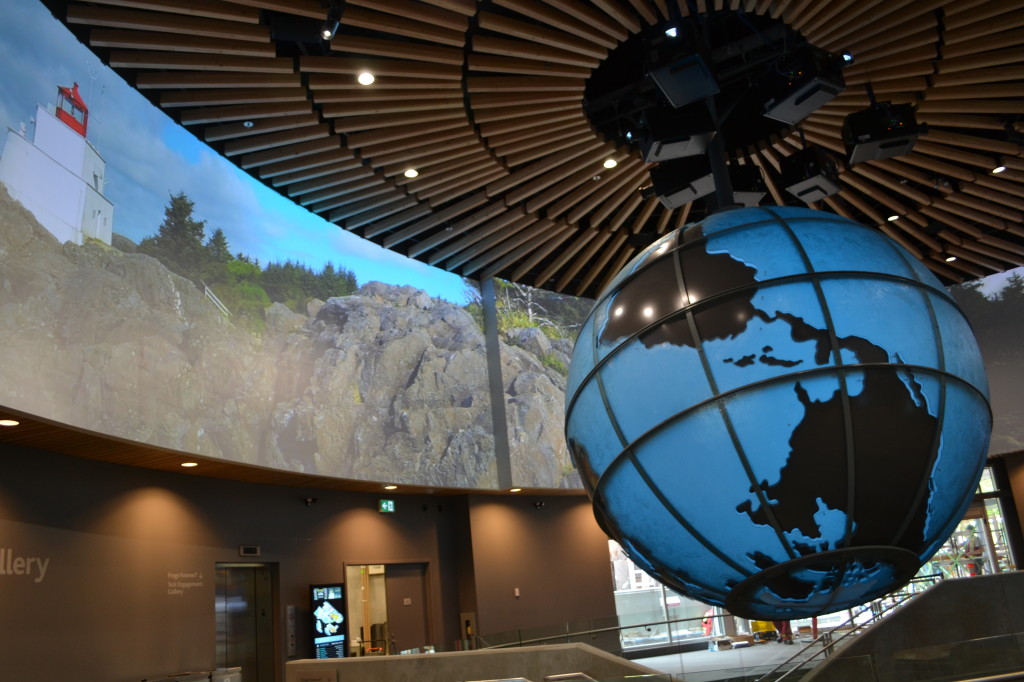 The 14-foot globe, however, has been flipped on its axis and appears to be hanging upside down. The reason behind this is to accentuate the 73 per cent of our planet that is covered with water. The ice cap is also adjustable so it can be used as an educational tool for visitors. 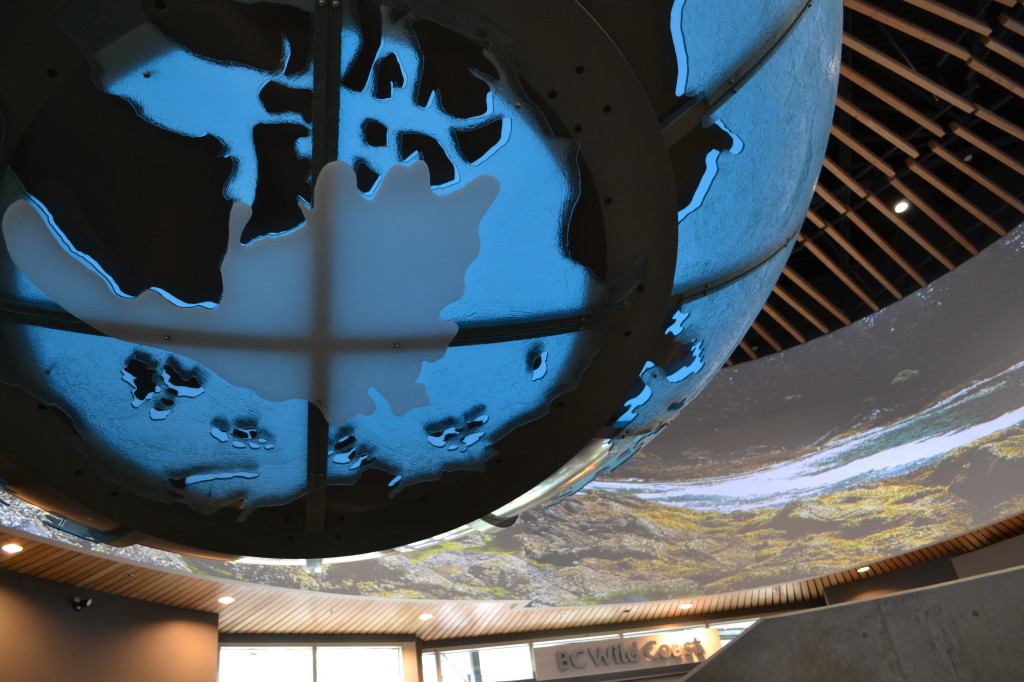 The room is surrounded by a 360-degree series of screens to display natural settings and various media presentations.

Down a spiral staircase, photographers both pro and amateur will be offered an opportunity to see their works on display in the new gallery setting.

The front courtyard was designed with a 300-year-old Western Red Cedar in mind. All features were designed to function around one of few remaining within Stanley Park. 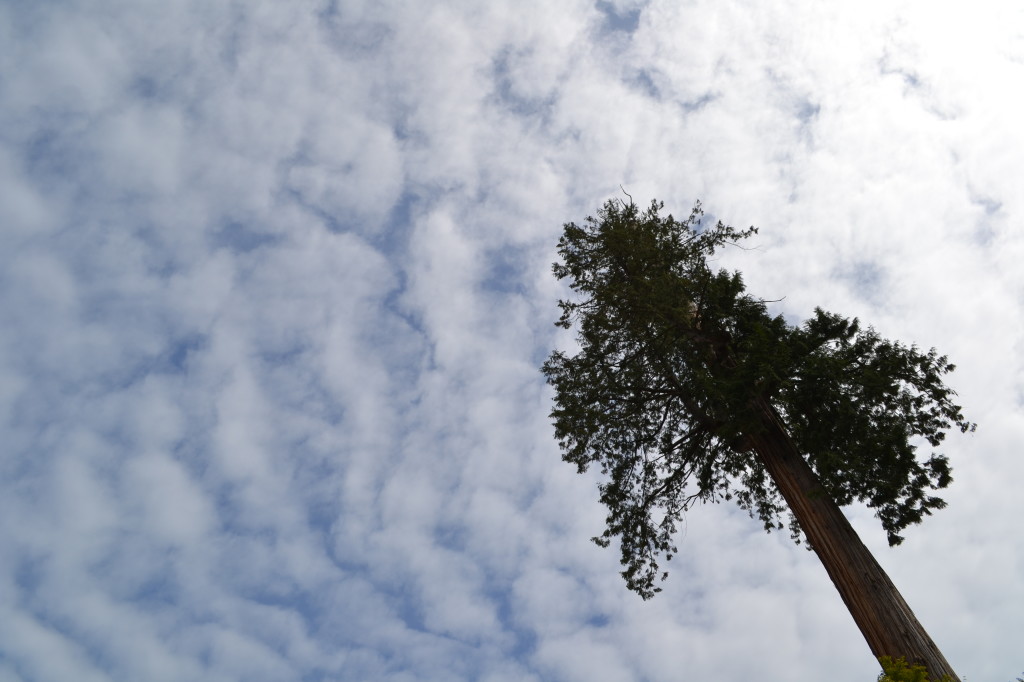 Facilities such as washrooms and the coffee shop are accessible to visitors of the park without purchasing admission to the aquarium itself.

The goal of the revitalizationwas to take the aquarium out of being an enclosed exclusive space to being an open community hub and village within Stanley Park.

The Vancouver Aquarium is open 365 days a year. Hours of operation are 10 a.m. to 5 p.m. daily, and 9:30 a.m. to 6 p.m. seasonally/statutory holiday weekends. Tickets can be scanned off your smartphone or a printout or purchased upon arrival.