One of the Vancouver Aquarium’s Pacific white-sided dolphins is in intensive care and under constant watch after a groundbreaking, life-saving emergency surgery was performed on the mammal Thursday night.

On Monday, Aquarium staff suspected Hana might be ill after she exhibited a change in her behaviour by avoiding food and trainers.

A team of experts, including a surgeon, anesthetist and radiologist, were flown in from Colorado, Florida and California. Tests performed on Hana confirmed that she was suffering from gastrointestinal distension and inflammation, a rapid and life-threatening condition that occurs in animals everywhere.

Hana’s condition deteriorated rapidly on Thursday night, forcing staff and the specialized team to delivery the surgery as the only way to save her life. The surgical procedure came with extreme risk as dolphins are conscious breathers: each breath is a conscious decision.

To carry out the surgery, Hana received general anesthesia – a first for a Pacific white-sided dolphin and the first-ever surgery on the bowel to treat a cetacean.

“This procedure was the first of its kind, carried out by an extraordinary veterinary team assembled and led by head veterinarian Dr. Haulena,” said Clint Wright, senior vice president and general manager of Vancouver Aquarium Marine Science Centre, in a release.

“Without his professional experience, knowledge and history of collaboration, Hana would not have had this chance. We’re very fortunate.”

The surgery was a success and Hana is now in the medical pool and under around-the-clock care.

“Only a few years ago, such a procedure on a whale or dolphin would not have been possible,” said Aquarium head veterinarian Dr. Martin Haulena. “With advances in marine mammal medicine mean it’s now a slim but possible option, and we had help from the very best in the field of veterinary medicine.”

The dolphin, now 21 years old, first arrived at the Vancouver Aquarium in 2005 from the Enoshima Aquarium. Two years earlier, Hana was rescued just off the Japanese coast after being found entangled in a fixed-fishing net.

Her injuries were severe, to the extent that Japanese officials deemed her unreleasable as it would have put her in a disadvantage. 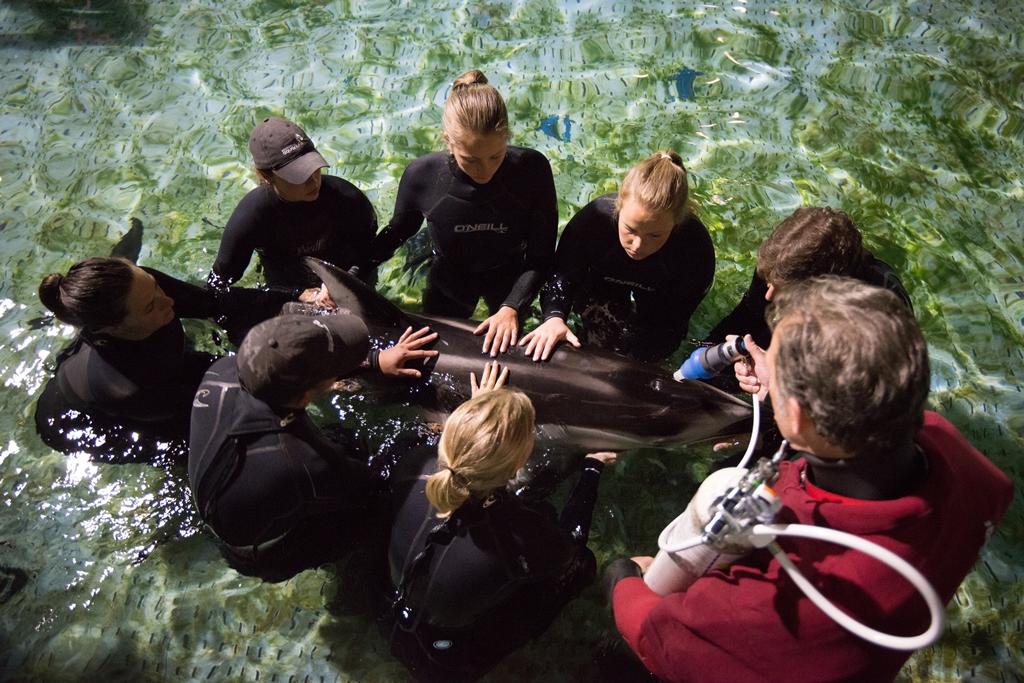 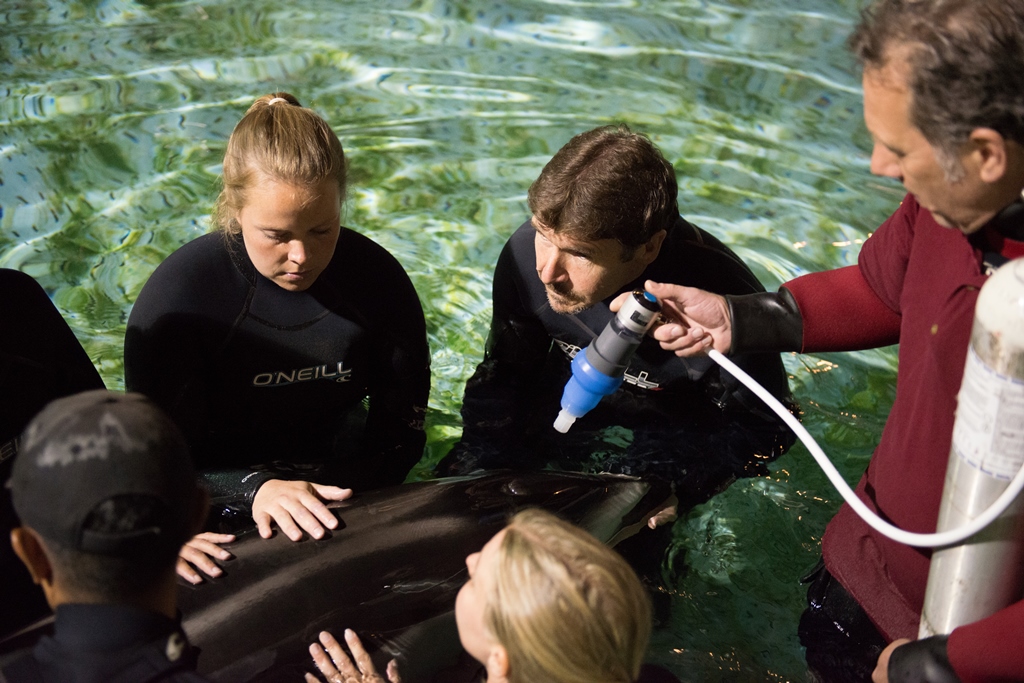