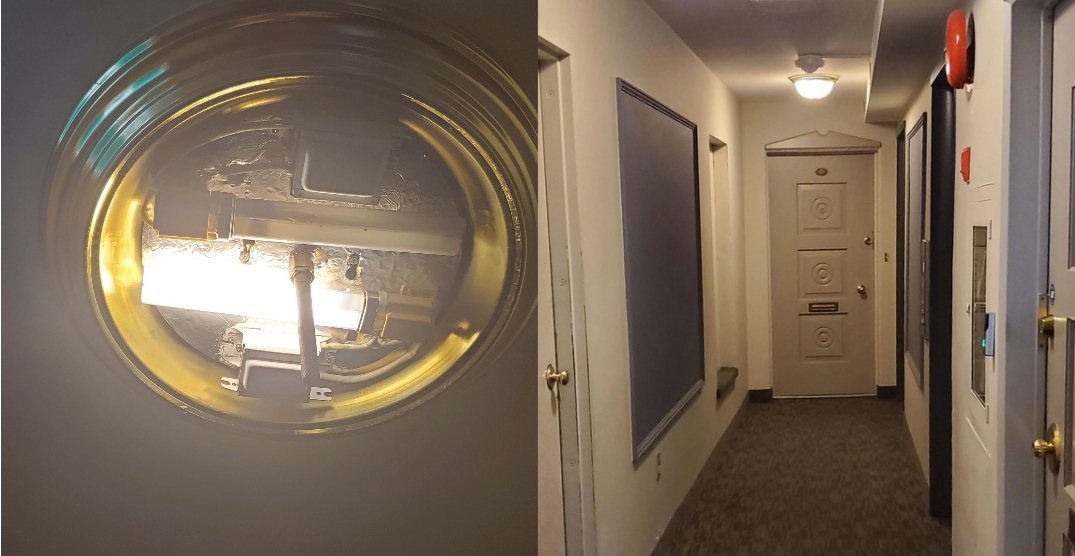 Tenants in a Vancouver apartment building in the West End are frustrated that they haven’t received mail in weeks, and the reason why is somewhat of a mystery.

Daily Hive received an email from one of the tenants who said that Canada Post will not go into the building due to it being too dimly light. On the other side, the tenant told us that the landlord simply refuses to change bulbs in the building. Building management is also making some pretty serious allegations against Canada Post.

We also received some pictures of certain portions of the building. At least one of the hallways seems to be adequately lit. 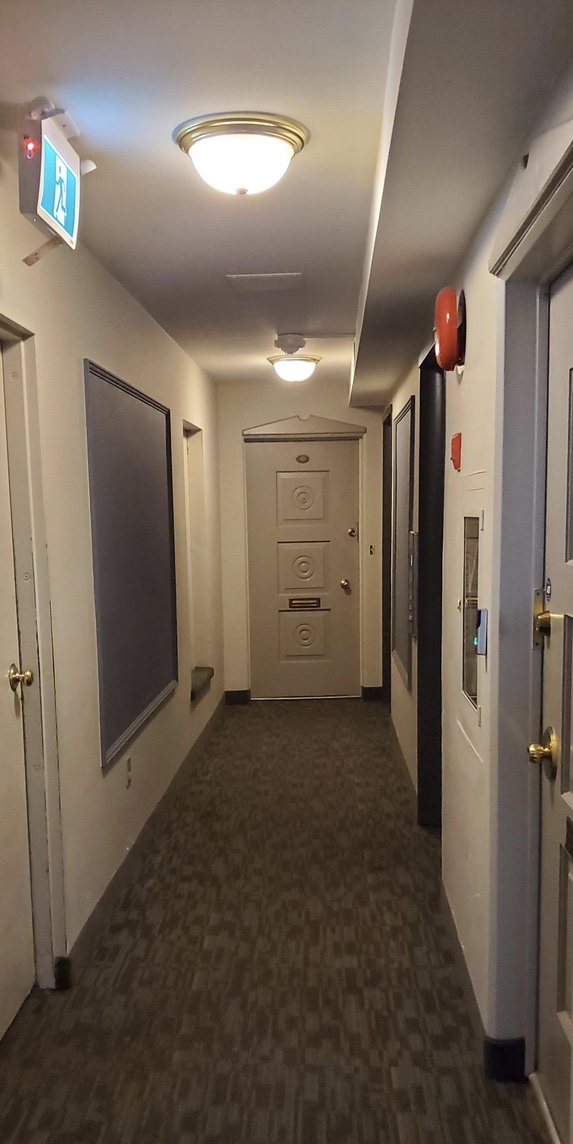 According to the tenant, there has been an ongoing dispute between Canada Post and the landlord in the building since November. They also suggest that the lighting was worse in the winter when the issue first came up.

“Due to the reluctance of the landlord to spend under $100 to replace bulbs, things have escalated.”

The tenants in the West End building now have to go all the way to the nearest Canada Post distribution outlet to pick up mail, as “neither side will back down.”

“The landlord has put up notices saying Canada Post is blackmailing them.”

Daily Hive received a copy of one of those notices from a group called Beach Avenue Tenants Alliance and it indeed mentions allegations of blackmail and extortion.

The notice suggests that it isn’t lighting to blame, but the idea that Canada Post was unwilling to go door to door, and that it wants building management to build post boxes in the lobby. The notice alleges that the letter carrier involved in the situation began withholding tenants’ mail due to lighting concerns.

The notice also suggests that there was a lighting problem in just one area of the building. The tenant also sent Daily Hive a copy of the notice of disruption they received from Canada Post.

“Our top priority is ensuring the health and safety of our customers’ and employees,” reads the notice.

“Due to improper lighting in your building, mail delivery has been temporarily suspended. Your mail will be redirected to the local depot while we work with property management to ensure adequate lighting in the mailroom.”

In a statement to Daily Hive, Canada Post says it has health and safety concerns, and that it is working with the building management to resolve the issue.

The landlord has apparently told tenants to call the police if they’ve suffered any financial harm. Based on the tone and contents of the email that Daily Hive received, it sounds like the problems in this West End building far exceed a reluctance to just change some light bulbs.

“These are the same landlords who pick fights with their tenants and try to evict families at Christmas time during COVID for having the audacity to ask for new repairs caused by leaking windows,” the tenant said.

In the meantime, the temporary solution for the tenants of this Vancouver apartment is to pick their mail up at the nearest distribution centre which is a 25-minute walk away and is only open between 8:30 am and 5:30 pm.

Daily Hive received an email from Lions Court Management about the situation, and they offered to share the notice they sent to tenants:

We have been in contact with Canada Post in regards to the suspension of mail to Beach Terrace since the beginning of June including meeting with Canada Post mail carriers, supervisors, safety inspectors and union representatives on June 8, 10 & July 6. This is not a matter of changing the light bulbs. Canada Post has requested that we upgrade the lighting to achieve lighting levels ten times higher than the recorded levels. They have now revised that requirement to a factor of five.
Originally we tried different bulbs on the 5th and 7th floors, but the lighting directly in front of the suite doors remained too low. Then we proposed a mailbox be installed in the laundry room, but were denied due to the three stairs and lack of a secondary exit.  Canada Post would prefer to see the mail boxes in the lobby, but we would need to remove one of the built in furnishings and worry it would ruin the historic value of the lobby. Yesterday we proposed to source and install a new fixture in front of one of the ‘01 units, which are typically the darkest, and have it approved by Canada Post.

Please be advised that none of the notices in the building have been posted by the management. We continue to remove the notices as they go up.
GET THE LATEST REAL ESTATE, ARCHITECTURE, URBAN ISSUES, AND TRANSPORTATION NEWS DIRECTLY TO YOUR INBOX. SUBSCRIBE TO URBANIZED:
Buzz Connected Media Inc. #400 – 1008 Homer Street, Vancouver, B.C. V6B 2X1 [email protected] View Rules