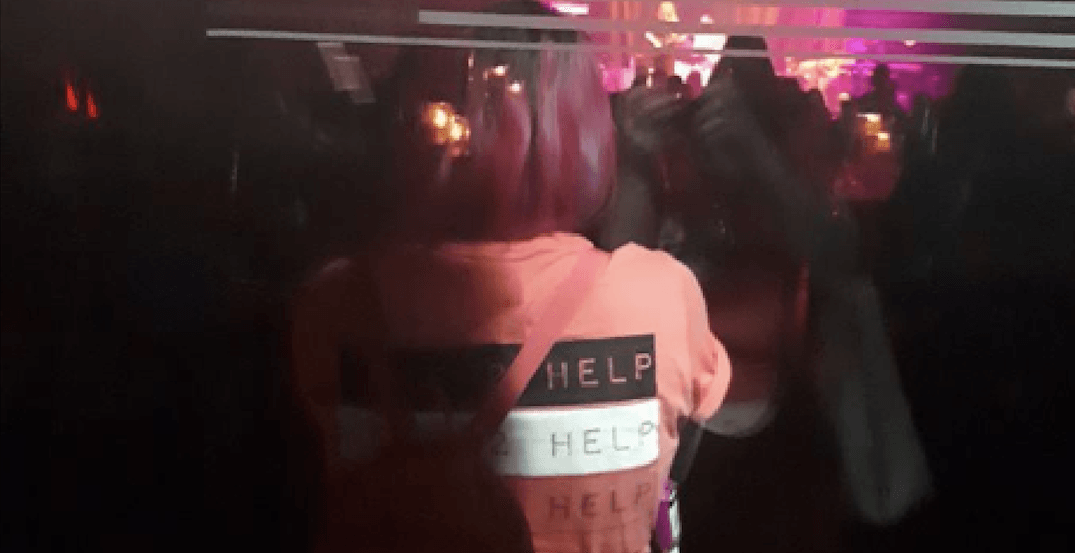 The Vancouver chapter of Good Night Out (GNO) – an international initiative dedicated to raising awareness about sexual harassment and assault on nights out – has launched a new text-based reporting system in the city.

The system, known as “Creep Off” is a pilot project that is to gather data on incidents of harassment that people experience over the next two months.

According to GNO’s website, the project is for data collection only, and not a way to get help in an emergency situation.

“If you are in danger, find a place or person that is familiar, ask someone for help, or call 911,” said GNO.

The two main goals of the project are to “collect some data about the state of creepy behaviours in Vancouver,” and  “see if people would be open to using technology in this way.”

The importance of the Creep Off campaign, added GNO, is that it is “essential to kicking off the question chain.”

The pilot project was built of frustration “that there isn’t a strong set of data to draw from that tells us the prevalence of “sub-criminal” harassment in Vancouver,” said GNO.

This, they explained,” makes it hard to create indicators when we apply for grants, and hard to show others why they should take the issue of harassment seriously.”

In addition, the House of Commons Standing Committee on the Status of Women recently released a report called “Taking Action to End Violence Against Young Women and Girls in Canada.”

“This report notes that there are currently no formal mechanism for victims to report behaviours of a harassing, but not necessarily criminal, nature and includes a recommendation that an easy to use, private service be created,” noted GNO. 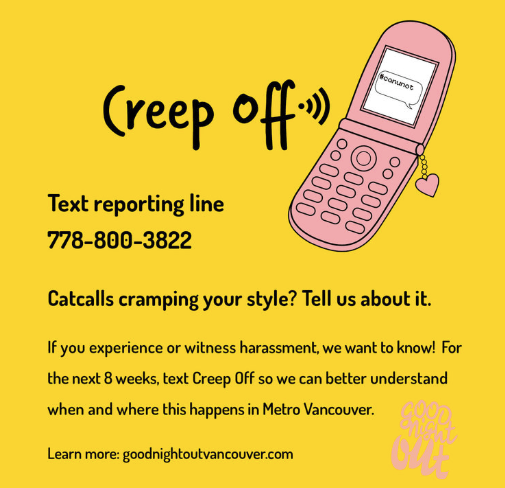 Good Night Out “Creep Off” campaign

As such, “we want to see if this technology could be the start of filling that gap.”

The technology behind the service is provided by a local company called WelTel, which is also currently testing a similar service with the RADAR project to report contaminated drugs and overdoses in Vancouver.

And while the project is Vancouver-based, GNO notes that the number will work anywhere.

More information on the project is available online.