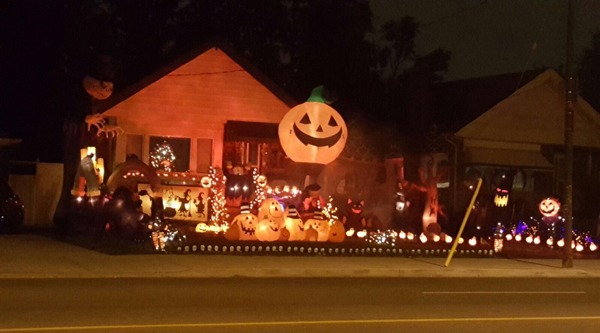 Take an individual inspired by the likes of 80’s and 90’s cartoons series such as X-Men, Transformers, TMNT, and Ducktale’s. Give him an Indy studio – desire – zeal- and strength to create his own television series.

You have a potential for a classic western cartoon, that pays homage to some great story line plots that we all have loved, missed and for broadcasters -drew in many viewers in the past.

Vancity buzz is proud to learn of a small Indy Vancouver firm that Vancouverites can support in backing a pilot episode that will add to their pitch bible for presenting to North American broadcasters.

B.all.in’s founder Gurparm Brar and his team of animators and creative artists have likely enjoyed watching many animations these days from the likes of Family Guy, Archer, and Bob’s Burgers, but more importantly they are the people who are those 80’s and 90’s kids that want to bring a new series to broadcasters and build a great animation studio. They have just recently launched a Kickstarter campaign to raise funds for a Pilot episode and acquisition of a lead writer.

Looney Adventures is a 2d digital comedy animation that follows the misguided and often risk taking wacky journeys of James Bailey and his team of friends. Wes, Tommy, Anabel, and Kaylee.

The city suburb that all the main characters live in is Arlington Heights, Illinois. The main characters extended friends and families often visit from various USA States, from around the world, and the neighboring surrounding big cities such as Chicago, New York City, and Detroit.

Check out the animation reel on Kickstarter, the cartoon looks very promising and the level of pledge rewards offered are as low as $1 to $495. There are many pledge rewards offered in helping this local Indy studio out from original artwork to having a character (in your image) created within a scene in the pilot. A great Vancouverite project to support that has voice over actors from Vancouver , NYC and abroad working together to create a series that broadcasters can potentially pick up.

The creator and executive producer behind the scenes is Gurparm, a serial entrepreneur who began his first company in high school making custom school logo scarves in 1999 , in 2009 he made an iphone game called Singh & Lee that is being revamped and released in 2014 on the iphone (http://www.youtube.com/watch?v=mdwY0Qqky5Q) , and now he’s into the Animation space with a great shot at selling a series to north American broadcasters.

We asked Gurparm a few questions to get an understanding about him and the animation:

Vancitybuzz: What got you started into making the animation?

Gurparm: Animations have always been in my life and I knew that one day they would become one of the most important career creative roles I wanted to take on as an entrepreneur. Its all attributed to those countless hours of soaking in great cartoons that inspired me to create one that I would be really fond of myself, I want to bring the same sense of nostalgia to kids now when they grow up, our aim is to have each episode with a memorable impression that’s going to be great when kids watch it now with their friends and family and years from now when they still remember the episodes vividly.

Vancitybuzz :Who’s the Protagonist and Antagonist?

Gurparm: James Bailey, he is a born leader, energetic off the wall sugar-holic kid, he loves being an adventurist and pulling pranks. A cool kid because of his older brother, who was a legendary king of Arlington elementary school prankster.

The main Antagonist is unequivocally Principle Hess who foils some of James best pranks. However, there are an army of antagonist’s on different degrees and indirectly or directly that pose a threat to James, as a well known prankster and cool kid at school.

Vancity Buzz: How many people create the pilot?

Gurparm: About 27 in total. We have a core team (15) people abroad that I set up last year while flying to Asia for animators; in addition, we have local talent that we hire for any touch up in Vancity (2) people. Also there will be about 3 voice over actors from Vancity. Alyssa Dawson, great personality and skills, who is green lighted for one of the main lead female roles. Post production and quality control will be in Vancouver (5) people and NYC (2) people.

Vancitybuzz: Tell us about the rewards levels

Gurparm: There’s something there for everyone that wants to help out from a thank you banner on our website with your name on it for $10 to having your name and character into the scene with exclusive original signed artwork and storyboard illustrations. The levels range from 1-495 and every little bit helps push the project forward towards a great pilot.

Vancitybuzz: How did you think of the cartoon?

Gurparm: The best way I can answer that is my own experience from my elementary school years at Tomsett to post University years at the CA institute. There are simply common frustrations that never leave you as you grow through life in an academic setting like homework versus movie or going out with friends. Add in some great hero and villain cartoons that I have watched, real life dilemmas , and thinking about creating a character who was at the top of his game, yet needed to maintain his game is really how the cartoon started to take shape in a comedic and adventure type of way

Some official links to follow this project and help get it funded Vancouverites: