If you grew up in the 90s you might remember those old cartoons they used to play in between commercials on CBC featuring lumberjacks and other super Canadian things. After the Log Driver’s Waltz and Reboot ran their course, not much else has really been gaining traction for Canadian animation since.

Meet Jeff Shorkey, Bart Batchelor and Chris Nielsen from Vancouver. Three independent animators who make weirdly awesome shorts for audiences both online and on TV. We got a chance to interview the guys about how they first got into animation and landed a new compilation show that features their work on Cartoon Network titled Night Sweats that runs every Friday at 10 p.m. 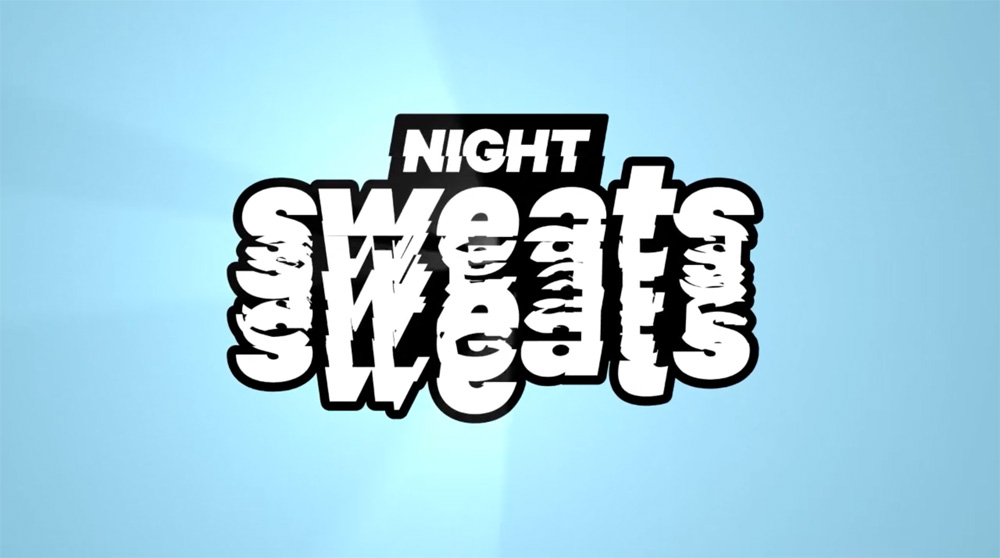 Please introduce yourself and what you guys do

Jeff Shorkey: I’m Jeff Shorkey and I make the animated comedy shows Don’t Feed the Humans and Mind Janitors for web and TV.

Until recently, we both spent about a decade working in the world of advertising (along with our pal and collaborator Jeff Shorkey), which is a fantastic way for creative people to earn lots of money which they can turn around and spend on booze to wash away the shame of their terrible life choices.

How did you first decide you wanted to get into animation?

J: To be honest, I never really decided at all. I’ve always been a huge comedy and writing nerd, which means I’ve spent time doing standup, writing screenplays and short stories, and copywriting in the ad world.

Then this animation opportunity just came along: Bart and Chris were making a show and thought I could create one too, so they hooked me up with the producer. They introduced me as their “insanely neurotic writer friend” (I didn’t fight the description) and the producer has confirmed it was accurate.

B + C: It’s easier to say that animation happened to us. We’re just a couple guys who love to aggressively express our stupidity, and animation just ended up being one of the best mediums for it.

Did you guys go to school for animation at all?

J: I went to film school, but have no animation training. You wouldn’t want me to draw you anything. Even my penmanship sucks. Someone said my handwriting looks like serial killer font.

B + C: Funny you should ask. We were both actually rejected from Emily Carr University’s animation program. However, promptly after graduating from Emily Carr’s Integrated Media program, we created an animated series for The Comedy Network (The Woodsmen). Life is mysterious.

Do you guys produce everything for your show independently? From the animation to the script and voice work?

J: I’m a writer/creator and that’s what I love to do. So everything starts with me, but I need lots of help bringing things to life. I guide all the different aspects of production (to an obsessive/annoying degree some might say), but I need animators and designers and sound guys to make things happen. And I use a lot of friends like Bart and Chris for voices.

B + C: We’ve worked on a few different series over the past year or so, and each one operates a little differently. Our main focus when it comes to the in-house projects like World Doctors and Night Sweats is to seek out talented contractors who can work well in our environment while bringing their own spin on things. To that end, we’ve been working with fellow Emily Carr alumni, film industry pals and local comedy geniuses like The Sunday Service.

Your show’s storylines could be considered very fast paced, quirky and very “internet.” What are you inspired by?

J: Hard to say. I really like sci-fi and comedy, so my ideas tend to involve one or both of those things. Anything and everything can become an idea or storyline though. A pre-date manscaping disaster, and the subsequent date, became the basis for a pilot that’ll be out in a month or two, for example. As far as influences go, I’ve just always liked comedy in general and just want to make stuff that makes me laugh… and hopefully makes other people laugh too. Otherwise no one will pay me to do it.

B + C: We’re certainly inspired by our surroundings. Having wound our way through Vancouver’s underground art scenes, Granville strip adventures, hipster banquets, the open-bar advertising parties of yester-year and every pop-up gallery skateboard crunk street after-hours irony festival along the way. We’ve entrenched a certain local flavour in our work and embraced a pseudo-cynical but ultimately heartfelt and cheery outlook. We try to deliver what we’d find funny, and we try to only put our heart into work that we’re proud of – which we recognize is a luxury!

What is the animation scene like in Vancouver right now?

J: I gotta say, I don’t really know. My experience is a pretty solitary one, which is not meant to sound dramatic. I spend most of my time in my apartment deciding if I should put pants on while I write. In fact, I sometimes wear a tie in my apartment to psychologically convince myself that my home is a place of work and not just a place for bingewatching “The Office.” Anyway, I write and make notes at home or at pubs, but don’t work within the scene too much. I use some local guys called Jester Coyote for animation and they’re really solid, but most of what we do happens online.

B + C: Having taken a rather non-traditional path – we’re still outsiders. Let’s just say we don’t get invited to a lot of animation cocktail parties yet, but from our perspective the local industry is thriving. All sorts of shops, big and small, are really taking off and there’s a ton of talented people in this city with no shortage of work. We’re looking forward to more collaboration, supporting the independent scene, and creating more content here in this city.