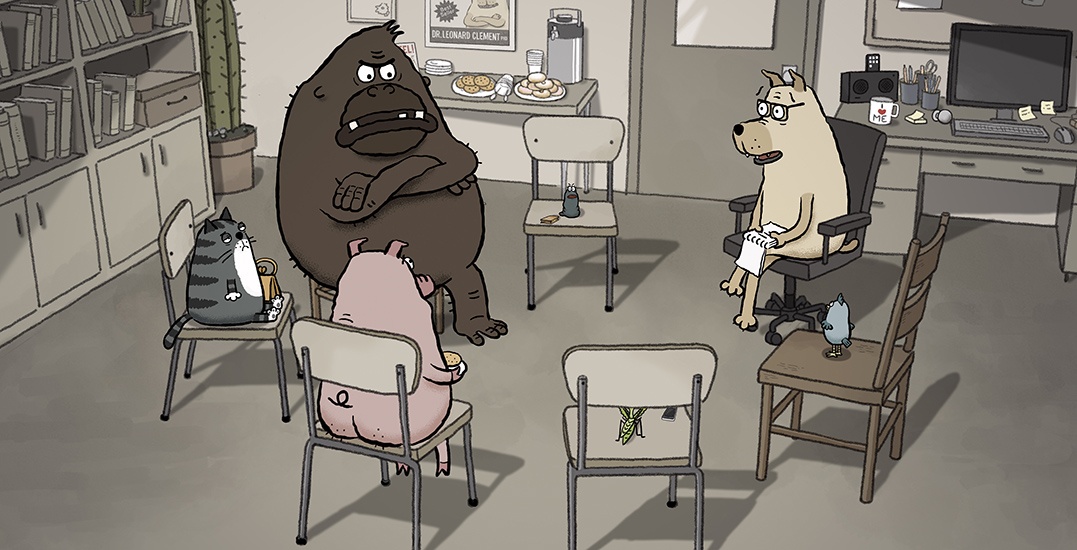 The latest nomination comes from their new animated short, Animal Behaviour, which was produced by Michael Fukushima for the National Film Board (NFB) of Canada’s English Animation Studio in Montreal.

The film features five animals who suffer from some fairly relatable issues. There’s a leech who suffers from separation anxiety and a bird that deals with guilt issues.

All of the animals meet for group therapy sessions led by Dr. Clement, a canine psychotherapist and look at the big question – should they learn and adapt? Or should others just accept their true nature?

Animal Behaviour marks the fourth Academy Award nomination for the husband-and-wife team. As for the NFB, they’ve received 12 Academy Awards over their 79-year history and this latest film marks their 75th nomination.

“We are so touched an honoured that Animal Behaviour has been recognized this way by Academy voters,” said Snowden and Fine. “We’re grateful for the fantastic support the film has had from everyone who worked on it in Vancouver, Montreal, and at the NFB.”

To help share the festivities with all Canadians, the NFB has announced two weeks of free streaming of Animal Behaviour. The film can be watched on the NFB website, Facebook, Vimeo and YouTube from February 11 to 24.