Alberni Street will soon have even more room for luxury retailers, as Kingswood Capital Corporation plans to build two large flagship spaces at Alberni and West Georgia. In December 2014, the City of Vancouver granted Kingswood a development permit (DA No. DE417635) to build on the cherry tree lined plaza. 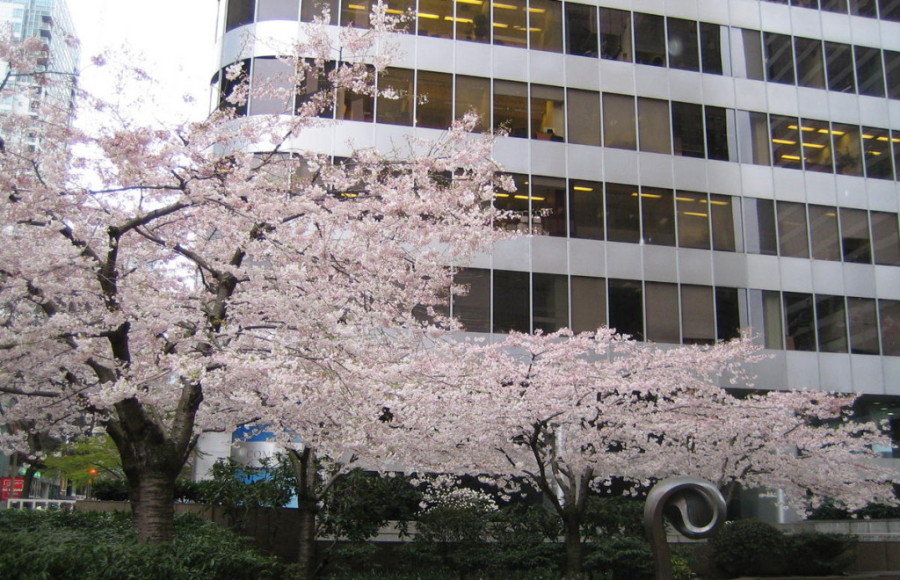 According to Glen Korstrom of BIV, Joseph Segal, owner of Kingswood says “It’s going to be a super first-class, outstanding building. It will be a credit to the city and the street.”

To move forward with the development, Kingswood will make an application for a building permit to realize the two-story, 6,200 sq. ft. retail space which will house international luxury retailers who are looking to establish a presence within Vancouver’s burgeoning ‘Luxury Zone.’

Other luxury retailers that have flocked to this area include Burberry, Escada, Hermes, Louis Vuitton, Tiffany & Co., Montblanc and the highly anticipated  7,000 sq. ft. Dior flagship will open at the nearby Fairmont Hotel Vancouver. Recently, Canada’a first location for luxury Swiss watch brand Jaeger-LeCoultre opened in the ‘Luxury Zone’ and soon to arrive is Chinese jeweller Lao Feng Ziang. Retail-Insider speculated eight months ago that Versace will look to open a free-standing store as part of their Canadian expansion.

Kingswood has also applied for a permit to remove the cherry trees that line the popular plaza. No public input was required for the application as Kingswood bought the property years ago and what appears to be a public plaza is in actuality a private space with public access.

The proposed destruction of a cherished plaza that has been enjoyed by the public for over 30 years to make way for more luxury retail shops has many Vancouverites angry. Next month is the annual Vancouver Cherry Blossom Festival with events planned from April 2 to 26. In addition to a change.org petition against the cherry tree cull that circulated in April 2014, a letter writing campaign to Vancouver City Hall was initiated and is apparently ongoing.