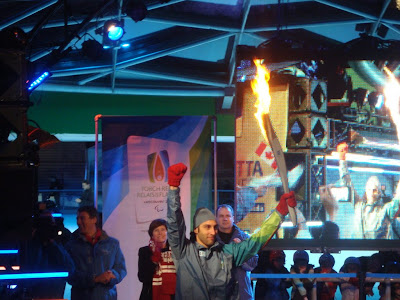 Many people braved the crappy Vancouver weather to watch Captain Roberto Luongo carry the Paralympic torch yesterday. Rumours on twitter the other day stated he was going to light the cauldron at Robson Square. Then I realized the cauldron is no where near Robson Square. However, he did end up lighting the Paralympic cauldron, which is at Robson Square (zip line opens today!). The Olympic Cauldron will also be lit tonight at the conclusion of the Paralympic opening ceremony and remain lit until March 21st, so expect throngs of people heading down there once again. Be sure to check out our free events guide for the Paralympics. 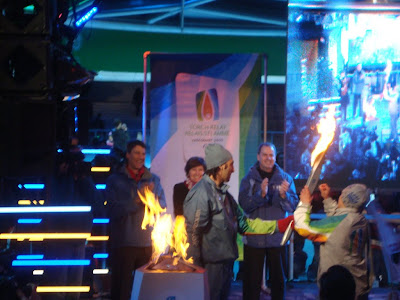 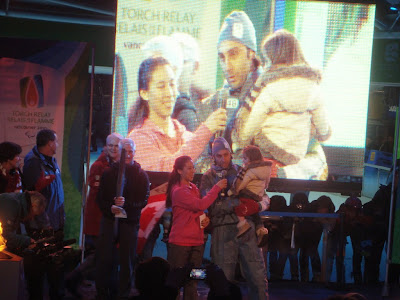