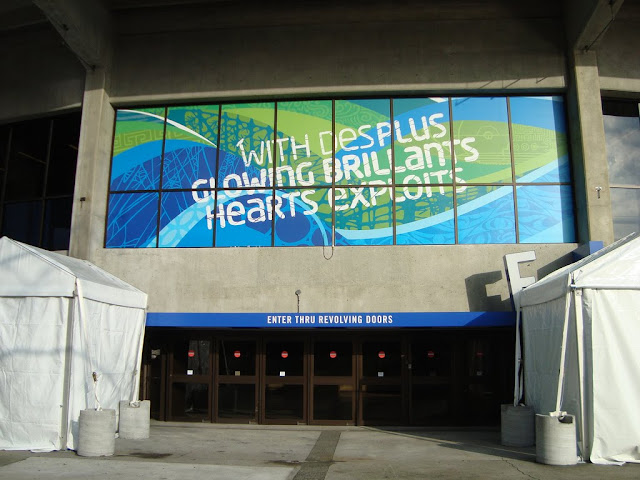 The shroud that covers Vancouver’s Opening Ceremony and what it will encompass is thick. Ideas have been thrown around and rumours have been swirling.

What acts will perform? Will there be trapeze artists? Why is the Cambie Street Bridge closed? How are they going to do fireworks inside the dome?

And the granddaddy of them all: who will light the calderon? Don Taylor hopes it’s a holograph of Terry Fox. Our bet is on Wayne Gretzky, the quintessential Canadian and worldwide name, slapping a puck into the calderon to light it on fire! (Although that holograph idea would be absolutely amazing and moving.)

The rehearsal let a few key spoilers out. We’ve got them here from a CBC article….

(Warning! Spoilers)
“…featured Vancouver singer Sarah McLachan, performers flying through the air on harnesses, fiddlers and tap dancers. Others have said the inside of the 60,000-seat stadium has been transformed.”

“A little top secret — a very cool snowboarding move — but you have to watch the opening ceremonies to see it.”

“We were sitting about 10 rows up. It was pretty impressive. It featured a bunch of different seasons, started with a bit of the native and aboriginal vibe of Canada, and then moved on…. I think it might give China a little run for their money.”