Vancity Original linked up with Vancouver-based street artist iHeart for a limited-edition Capsule Collection. iHeart has managed to capture the world’s attention with his street art. The ‘Nobody Likes Me’ piece in Stanley Park was recently rated as the second most popular street art piece of 2014 by streetartnews.net.

iHeart’s artwork has been featured on HYPEBEAST and DesignBoom along with other notable blogs. His recent shows include Streets at Hot Art Wet City in Vancouver and Taking Back The Streets in New York City. Keep an eye out for fresh new pieces from iHeart in 2015.

To create something special for the city, iHeart put his personal touch on the classic Vancity Original UnDMC logo.The Capsule Collection will feature Women’s Slouchy Sweatshirts and Men’s Tees in both White and Heather Grey each with a unique design by iHeart.  The Vancity Original x iHeart Capsule Collection was released in limited numbers on Valentine’s Day 2015 online at VancityOriginal.com and in store at Dipt. 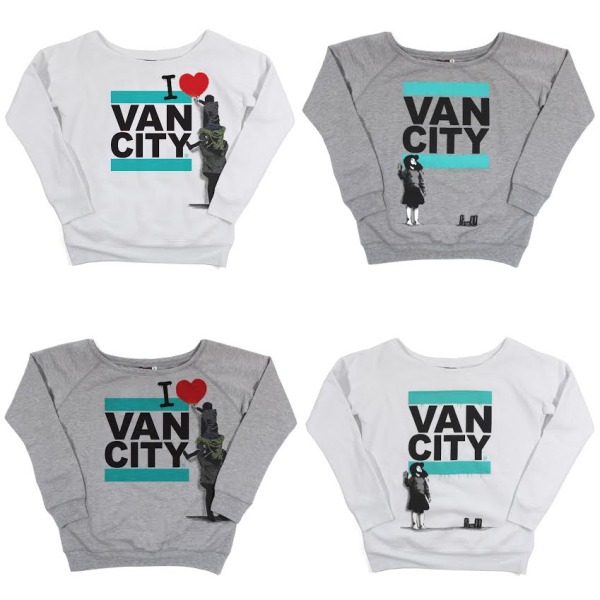