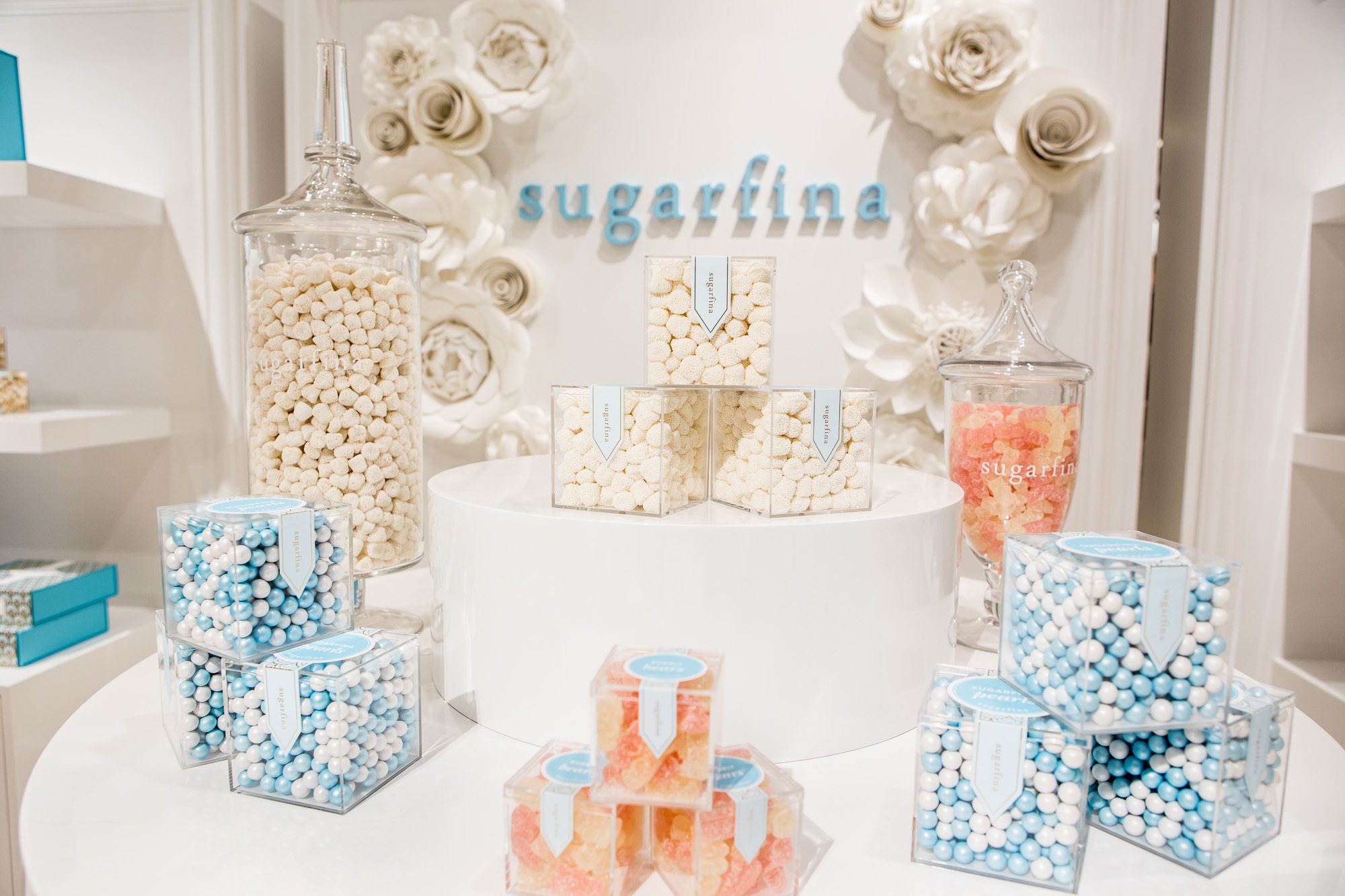 In case you haven’t heard, “Skateboarding in Vancouver is HUGE,” according to Mischa Chandler Farivar, owner of Flatspot Longboards in Chinatown. Walking in, I was instantly taken aback by the great vibes of his 3000-sq-ft space, which opened just under 8 weeks ago on Pender Street in Chinatown.

Before I knew it, I was chatting with 21-year-old Mischa about his business and what brought him and his “homies” to sell longboards in Vancouver, and specifically, out our city’s eclectic Asian neighbourhood. Read about how the Vancouver scene motivated them set up shop in Chinatown.

Tell me a little bit about the people behind Flatspot Longboards.

We are three young guys: Sebastian Bravo (26), Mischa Chandler Farivar (21), and our homie Adam Winston (26), (who came from a job at Tesla Motors in Cali to come work at a skateshop!) Seb is originally from Columbia and is a wicked DJ, notorious in Toronto as DJ Durt Stash. I’m a longboarder trying to finish my university degree at a small university in Squamish called Quest.

What brought you guys to Vancouver? Is there really a skateboard scene here?

Seb and myself used to work at a shop in Toronto, but moved out here for the geography (hills) and wicked scene. Considering that it all started in my basement apartment in Toronto with 20 longboards, we are all stoked to be here with 3000 sq ft and a huge stock list.

I didn’t know we had a “wicked scene” here. What’s the skater scene like in Vancouver? I know there’s a skate park nearby, but is it indicative of demand for a store like yours?

Skateboarding in Vancouver is HUGE. Its history is rich and the gnar-bar is super high. Places like skull skates and seyllyn park are just some of vancouvers epic gems. There are 64 skateparks in the general Vancouver area. It’s phenomenal. I speak with tourists from Europe that are amazed to see the plaza down the street, but they have no idea of the huge bowls and variety of parks in the area. We carry a lot of pool and old school longboards, because you have to be crazy not to appreciate all the resources Vancouver has. Toronto doesn’t even half the parks Van has, and it’s a monster of a city!

How different is the scene here from back east, where you came from?

The longboarding scene here is far more competitive than I am used to. The scene in Toronto is so small that there is no room for competition, but here there are enough riders to create a variety of groups and approaches to longboarding and skating in general.

Why do you think Vancouver has evolved into such a longboarding/skateboarding hub?

A lot of the prolific downhill scene can be attributed to the geography. The hills are fantastic. And the general sentiment towards extreme sports in the Pacific Northwest is more eager and confident. People like to do crazy things with their bodies here. The bleed from snowboarding and other sports to longboarding definitely has a noticeable effect.

The downhill racing scene here is also huge. Rayne and Landyachts, two of North America’s largest longboard companies, are based out of Vancouver. Some of the best racers in the world call Vancouver home, and the list of events for longboarders in the summer here is longer than any of the competitors can actually keep track of.

Was it tough setting up shop in a new city?

The community actually helped in a bunch of ways. Whenever I talked to people about starting up a shop everyone was stoked. I never heard negative word regarding any of my ideas or dreams. But they also helped in a much more tangible way. A lot of the industry knows us from our last shop and general skating shenanigans, and they have been very helpful getting the shop stocked. Often it’s difficult to get terms or consignment off the start, but companies have been super generous.

Chinatown? A lot of customers ask this. My two responses are generally “Why not Chinatown?” and “Cause Chinatown is FRIGGIN AWESOME!” But in all seriousness, it was the best location considering the amount of retail space I could get – plus I also rent an apartment on the second floor (most epic commute to work).

Are there any other benefits to being in Chinatown (apart from cheap rent and cheap rent)?

Every once and a while I get into long discussions with parents about gentrification, and what Chinatown was like 15 years ago. And although this wasn’t a huge factor in choosing this neighborhood, it has really helped me appreciate it.

What I hear is this: Chinatown used to be open until 9pm, but these days it closes at around 5. Most of the Chinese community here is elderly, and their children have moved to Richmond. What I see is a lot of Chinese business, in relatively dilapidated locations, closing at a rapid rate. Most of the shops opening up in their place are art galleries or clothing stores.

Gastown is encroaching quickly and it’s definitely becoming a contentious issue. Rent right now is low, but it’s going to explode, and it’s just strange when you watch people shoot up and smoke crack in a parking lot filled with BMWs, and SUVs. The class gap here is massive, but this place wouldn’t be the same without it.

Really well said and I think a lot of Vancouverites would agree. On another note, as you can probably tell, I’m not a skater myself. What’s the “Flatspot” about?

The “flatspot” part in our store name refers to flatspotted wheels, which are generally a result of massive and gnarly powerslides. We are going to have a wheel lathing services so that downhill racers and freeriders can get their flatted wheels round again.

Ah! I get it. Are longboards the only decks you sell?

We aren’t just into longboards; skateboarding in general is fun. That is why we are building a bowl in the back. It just needs one more final layer and it will be finished. I believe it may be one of the only indoor mini-ramps in Vancouver!

That’s awesome. I guess customers will be able to test the products out in the bowl.

Plus, there’s a TV built right into the bowl.

Nice! And speaking of stock, could you give me the lowdown of some of the skate products you sell?

Our stock is mostly geared towards downhill racing and freeriding – it’s our specialty. Many people picture swallow tail shaped boards when they hear “longboard” A lot of what we carry is for much more aggressive and for shredding. But we carry a variety of boards for all degrees of gnar.

“All degrees of gnar.” Man, I’m so not hip when it comes to skating! I take it you cater to pros?

(Laughs) Most sponsored riders don’t actually purchase gear cause they get it for free. But a lot of the gear we offer is rather specific, and so if you need a wide selection of bushings or slide gloves, this is the place. We also have a decent selection of pool boards and will be carrying tech-slide and slalom boards as well.

(Pretending to follow the lingo) So who are your primary customers?

We have a fairly large range of customers. First off there are the groms. These are generally kids from the burbs who follow all of longboarding religiously on the internet. Then there are the middle aged, middle class, sea-wall cruising, flip flopping dudes who want to cruise; we certainly get a lot of those guys coming through.

Definitely the old guy who comes in and tells me about how skateboarding was in the 70’s, those dudes always have the best stories and the most stoke. It’s rather clear that it’s a male dominated shop. It’s a rather male dominated sport, but there are a few women interested in the sport, and they rip.

I definitely don’t “rip” on longboards (I couldn’t ride on a board with wheels to save my life!) – but I have to say that your guys’ enthusiasm and positivity could really get someone on the fence to take it up.  I think that’s really admirable. But what are you most proud of?

The one thing that I am most proud of are the amount of companies we carry. Most of them are made in Canada, if not North America in general. We do our best to support local riders, events and companies.

Good on you, Mischa. And congrats on your longboards shop’s recent opening. I wish you guys the best – you’re so full of great vibes, you deserve some right back!

Visit Mischa and his buddies at 112 E. Pender St (at Columbia) in Chinatown
(and don’t forget to ask for a free sticker!)
www.flatspotlongboards.com

Our city’s many neighbourhoods are getting gentrified and who knows what’s going to pop up next. Shoot me a line if you see a ‘grand opening’ sign so we can share it with the community at large and help support local businesses like Flatspot Longboards Shop.