Vancity Buzz hosted a series of free self-defence classes for women at Elements Academy of Martial Arts on Sunday.

The classes had an intimate setting with anywhere from 13 to 17 people taking part in each session. However the demand was overwhelming, with spaces filling up in a matter of hours, and more than 100 people opting to put their name on a waitlist in case of cancellations. 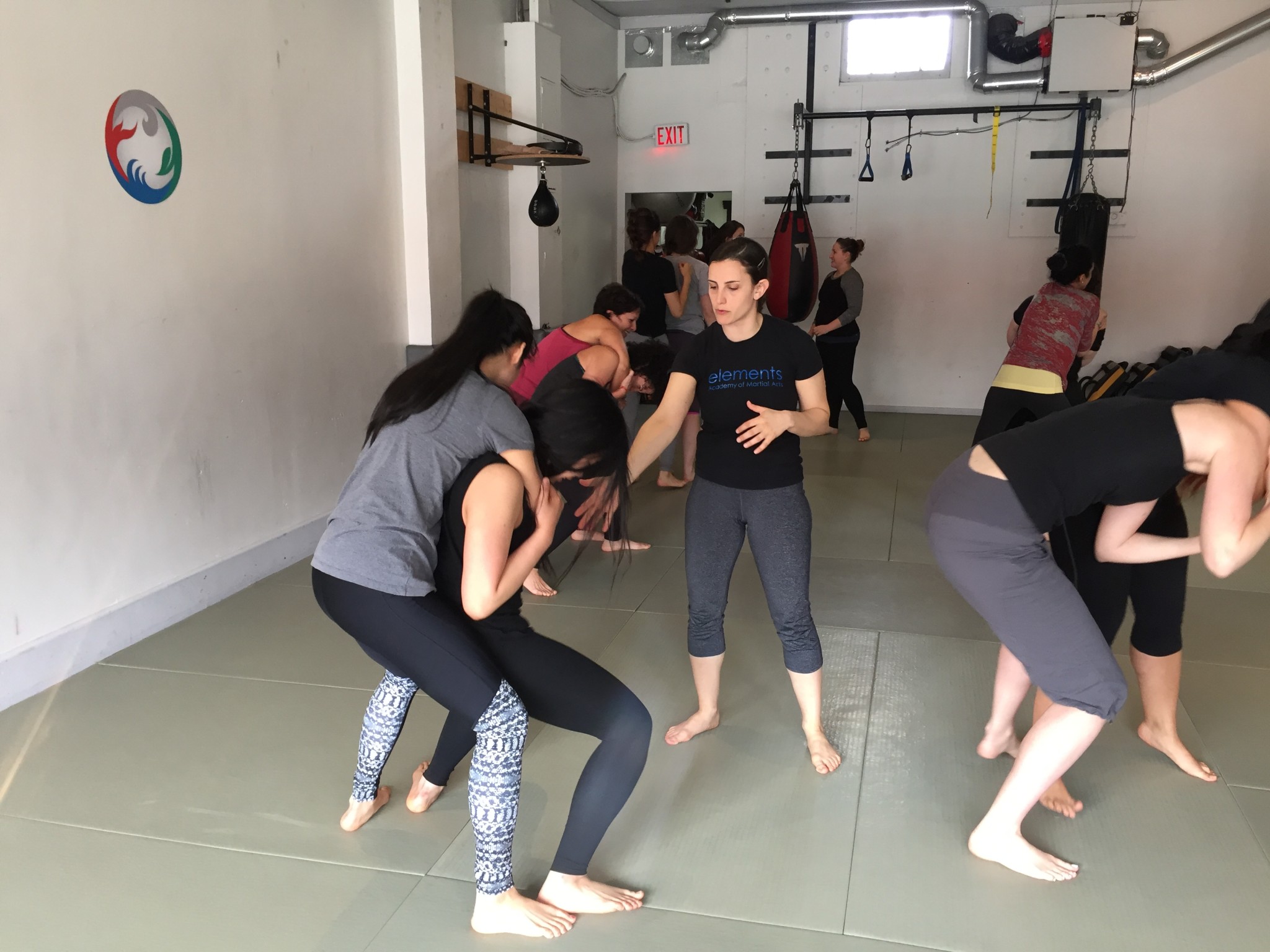 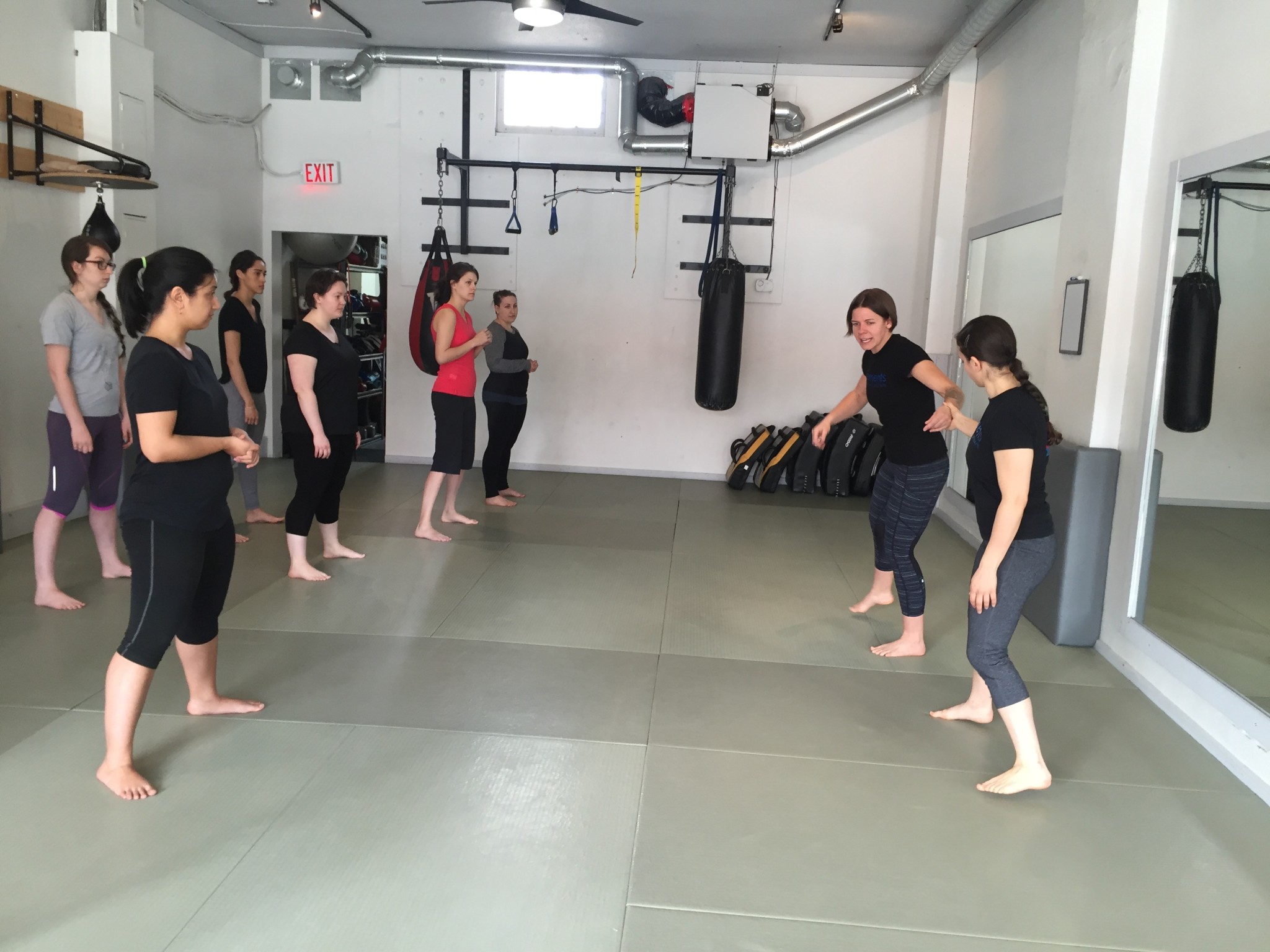 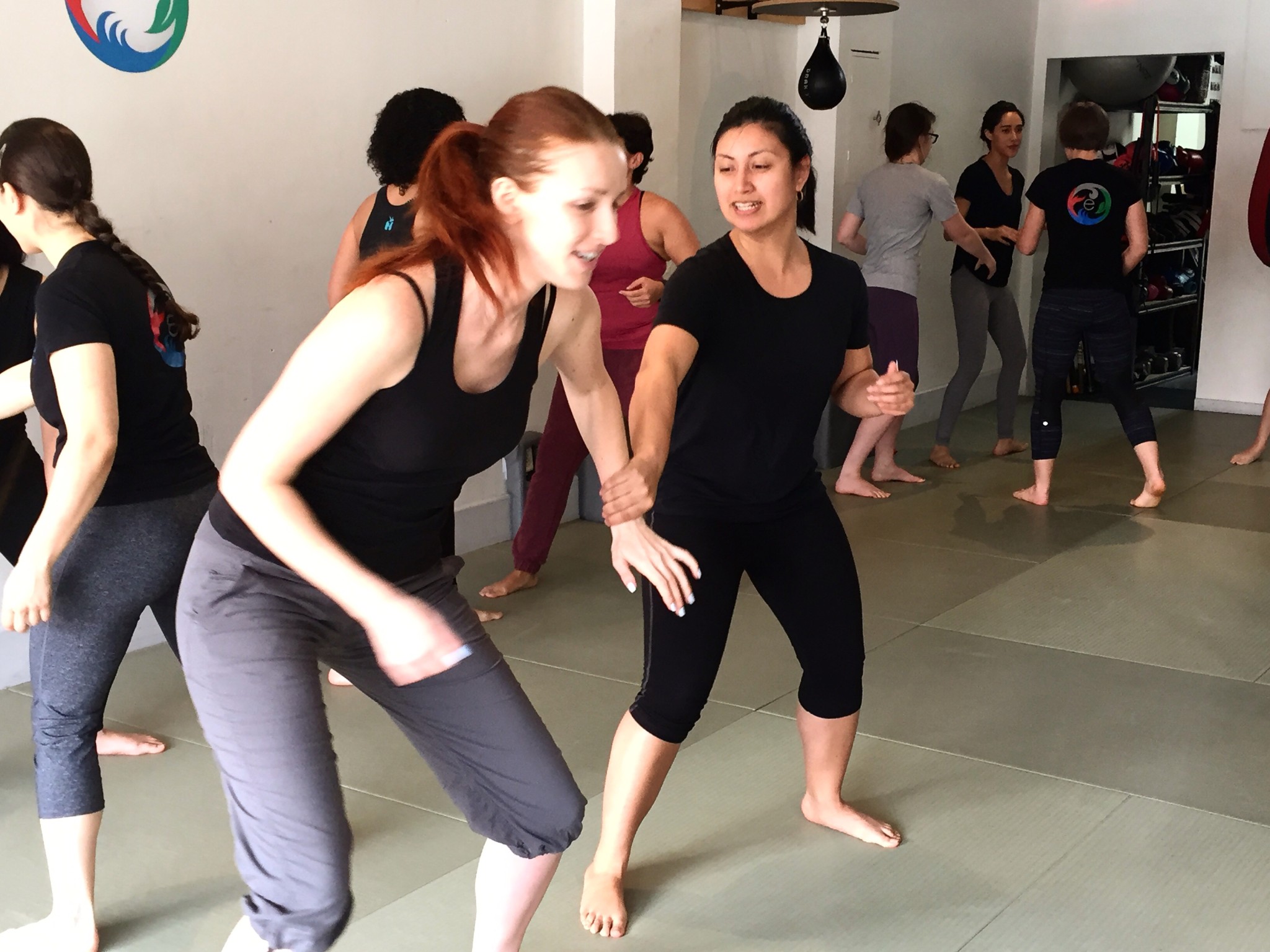 The women participating in the classes learned how to get out of chokeholds, frontal grabs, as well as grabs from behind, and were provided with detailed step-by-step instructions to review at home.

Heather Orr, a professional model, was one of the women who signed up for the workshop. She tells Vancity Buzz that she spends a great deal of time alone with male photographers and she wants to learn some defensive techniques just in case something goes awry.

“I’ve always felt like it was important to take a class like this but never got around to it – to be able to defend myself if I needed to,” she says.

“It was amazing. It taught me the important techniques to get myself out of a bad situation. Very general, but it’s a good foundation.”

“I hope to bring a large group of models to do something like this in the future. Young girls to middle-aged women can all take care of themselves in a bad situation, especially in a city where people go out on a Saturday night and sometimes are alone and they just want to be able to feel safe,” she says.

“They’re filling without us having to put a lot out there – people are just coming to us,” she says. “Whether it’s a sign of the times or just people being more aware that we’re out there, it’s great that so many women come out, although sometimes a little bit scary as to why.”

Dewar-McClelland says it’s not just about responding to an increase in assaults in Vancouver; taking self-defence classes is about empowering women to take care of themselves if they need to.

“I firmly believe that the more confident you are in your ability to defend yourself, the less likely you are to have to use those skills – which is certainly my goal for everyone who comes to my workshops.”

“While I want everyone to take safety seriously and be accountable for their own personal safety, I also refuse to buy into a culture where women should feel responsible for other people’s actions against them,” she adds.