The thought of what could convince human beings to jump out of a perfectly good airplane and plummet back to the earth at terminal velocity was beyond me, however that is precisely what two particularly intrepid Vancity Buzz reporters found themselves doing with Whistler Skydiving up in beautiful Pemberton BC.

Having first tasted the thrill of skydiving on his birthday in the town of Interlaken, Switzerland, professional pilot Stephen Smith, alongside his younger brother Mike, spent the next part of their year in the swiss municipality working, skydiving, and obtaining their licences.

Returning home to B.C. they put into motion the wheels that would spin towards bringing the adrenaline sport to one of the most beautiful vistas in the world. 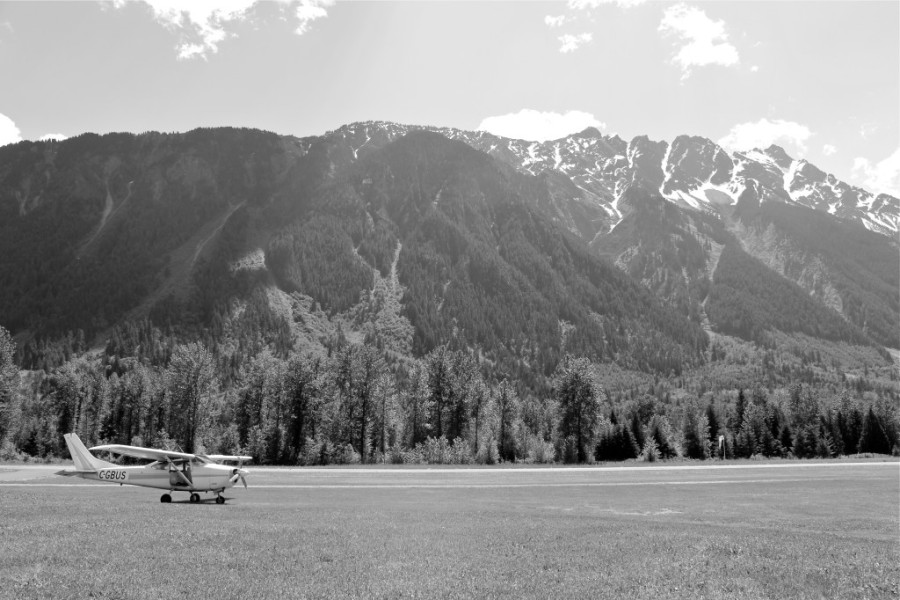 “The view here is definitely our number-one selling point. It’s one of the best places to jump in the world, and particularly in terms of locations in the mountains, Pemberton is right up there,” Smith said. With long fields of green surrounding, Lillooet Lake off to the side, and a snowcapped Mount Currie framing the portrait, it’s hard to argue with him.

Opening Whistler Skydiving in 2007, the Smiths have been a mainstay of picturesque Pemberton for over 6 seasons, creating lifelong memories and make a heart or two beat much faster than normal.

That increased blood pressure was felt all too well on the day by reporters Alix Juillet and Andres Markwart. Discussing the jump during the scenic two-and-a-half hour drive up the sea-to-sky beforehand definitely helped calm the nerves, and with a further discussion of the safety features in place – such as the built in accelerometer and altimeter that automatically deploy the parachute at a certain height and acceleration if the skydiver becomes incapacitated – a certain sense of seemingly ill-placed zen was overwhelming.

The take off in the small Cessna 182 and rise to over 10,000 ft in elevation was very smooth under the clear skies over looking the village, and the 15 minute build up flew by in no time. That being said, whatever peace and serenity had been established was sucked out the window as, like a flash grenade going off, the door swung open, and the reporters found themselves staring down at the tilt-shift resembling landscape below and unforgiving howl of wind blustering by. 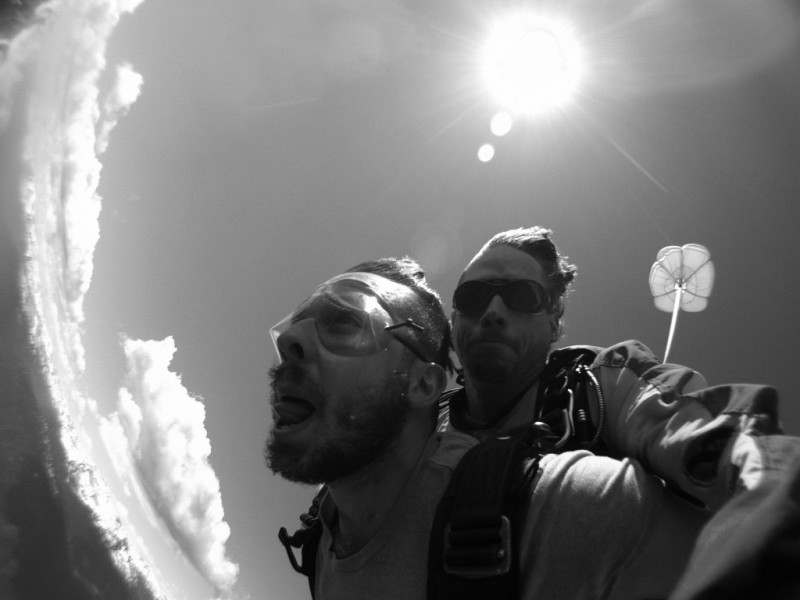 That panic all but subsided however as the calming and confident tone of Alex Halley led reporter Andres Markwart out the door, followed by instructor Dan MacLean and Alix Juillet seconds later. The nosedive acclimatized, the spinning and somersaulting brought a vertical 360-degree view, and the final stabilized fall washed away any left-over nerves and instead birthed the adrenalin rush of euphoric excitement that is so often spoken of by those that take the plunge. 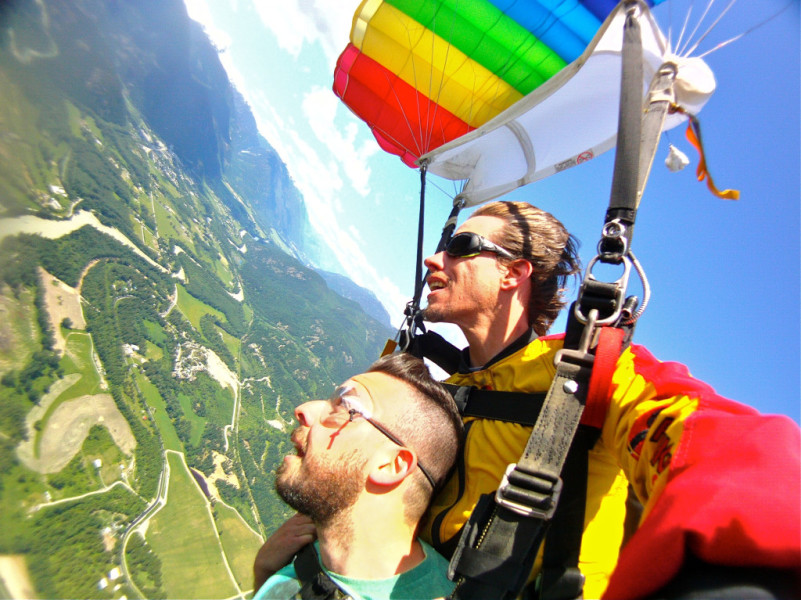 The flutter and catch of the parachute was reassuring and left the remaining 10 minute descent to be precisely what you expect it to be – breathtaking views all around and a gentle glide back down to earth.

“People come down and they’re so happy, with the biggest grins on their faces,” Smith shared, and I can totally speak to that.

It only took about 20 years after the Wright brothers recorded the first sustained powered flight for humans to decide to leap out of planes with parachutes. Years later, it has grown to be one of the most popular recreational sports, and a stalwart of many bucket lists. This summer do yourself a favour and check out Whistler Skydiving.