Canada’s queen of electropop beamed into Vancouver this week in celebration of latest record, Little Machines, solidifying staying power as her third top ten offering on the Canadian Billboard Chart.

2014 has been a big year for young Lights (yes, her real name); she gave birth to daughter, Rocket Wild (again, real name), with husband Beau Bokan (of metalcore band, Blessthefall) and moved back to beautiful British Columbia. Whilst on the road and with a sweet giggling baby echoing her answers, we caught up with Lights to talk about her life-changing year.

Congratulations on all your professional and personal success. What has been the biggest highlight of your year?

Oh my goodness, well the highlight would be having a baby in February, and that was amazing because it was happening while we were recording the new record that I’m so proud of. We recorded that in the first couple of months of the year, then I had the baby, and then bought my first house… so it’s been a very intense year for me!

Your daughter’s name was inspired by the PNE, how did that happen?

Well we played the PNE around last September, and it was such a special show – so many people turned out and sang along! At the time I was over three months pregnant, it was the night I was telling my band I was, so it was a pretty intense and exciting night. On stage, I look out and I see the PNE Ferris wheel from a sideways view and I thought “man, that rocket is so cool”, but then after I realised that it was not a rocket which was kind of embarrassing! It became kind of the joke of the night, and the word ‘rocket’ came up and we started to really like that as a name…

Have you now been on that Ferris wheel?

I’ve only ever been on two Ferris wheels; one in Calgary and one in Toronto, and it’s just too scary! I can’t do it! Someday I do have to go on the Vancouver one though, it’s an important one!

Will you be looking to the PNE for more baby name inspiration in future? Can we expect a baby “deep-fried cheesecake”?

Oh my god…NO! Not a baby deep-fried Snickers! No no! Haha. 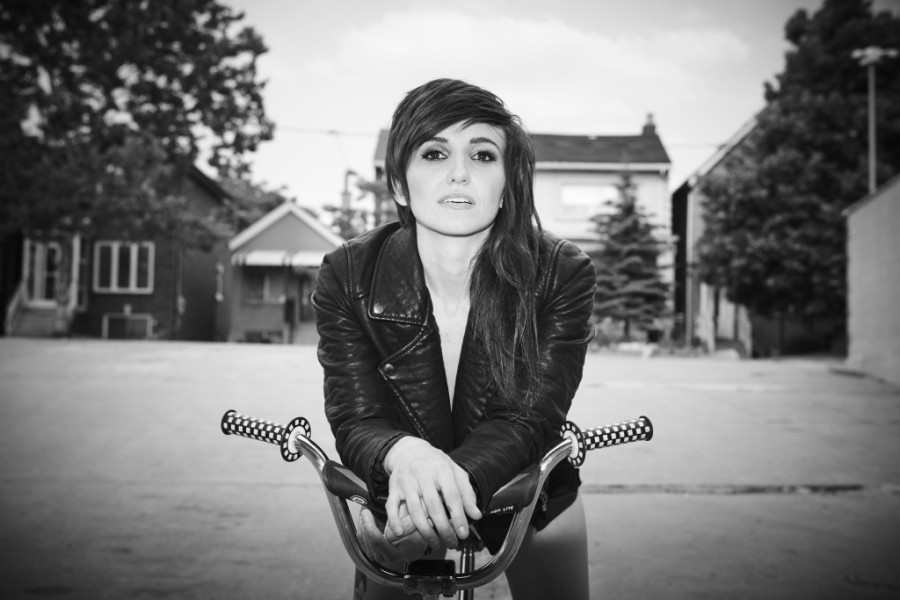 How has motherhood changed you?

It’s made me live more in the moment and enjoy what’s around me right now. I think as humans we’re inclined always to anticipate the next thing that’s coming and just get through what’s happening right now to get to the next thing. It’s all constantly looking ahead and that makes time go by so quickly and you forget to enjoy the things that matter now. Becoming a mother has really forced me to exist right now and pick up on those moments that you will remember and everything is much more valuable to me.

Is that Rocket Wild?

Ha yes that’s her! She agrees!

You moved to Mission this summer, what made you move to B.C.?

I actually lived in Langley and Surrey when I was in high school and then moved to Toronto to get started in music. Toronto is a great place for music, and I ended up living there for eight years. When I had my baby I was kind of like, I need to move back closer to family, I want more room, I want more fresh air, and B.C. is undeniably one of the most beautiful places I have ever been and I knew I would end up there at some point.

Are there any aspects of Toronto you wish we had here?

One of the things I really like about Toronto was how close everything is and how accessible the downtown core is. Vancouver is a lot more spread out, unless you live right in the heart of downtown which is really expensive, you can’t really get anywhere without a car, and that’s one of the things that I loved about Toronto was that it’s pretty compact once you’re in there.

It’s like two different worlds, but now I live right across a beautiful national park which you couldn’t get in Toronto!

I also found it’s sometimes hard to find good poutine in Vancouver; it just seems more accessible on the eastern side of Canada, but more places are popping up now in Vancouver and its getting really good. Like when we were making the record down the street there was a place called Belgium Fries, where you can get poutine with pulled pork on it and I literally went there every couple of days! It’s on Commercial, it fuelled the record for sure…it is SO GOOD.

Let’s talk about the new album, Little Machines, I love the last track by the way…

Oohh Don’t Go Home Without Me? That song is probably the most honest love song I have ever written. I was in New Mexico and it was a really productive trip as three of the songs that week ended up on the record with Don’t Go Home Without Me being one of them. I sat down with a guitar and just wrote. It’s amazing how quickly you can come up with something when it’s from your heart and you’re completely wrapped up in it. 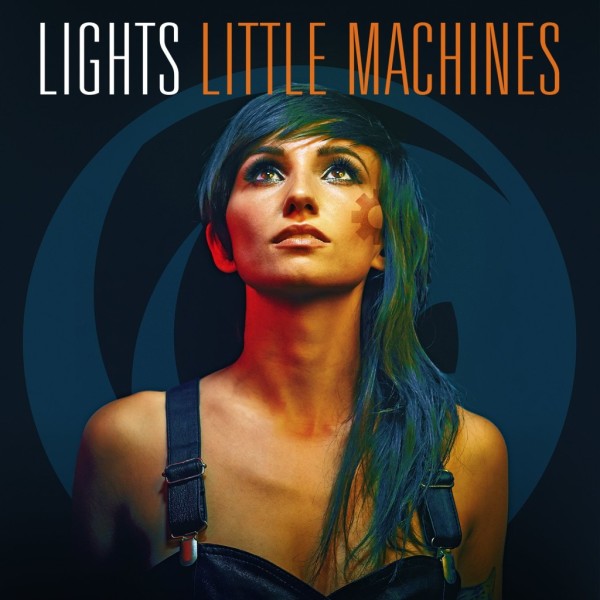 The album was three years in the making, why did it take so long?

Ultimately it was three years since the last album, but I think one of the things that happened is that I was touring so much and I didn’t maintain writing on the road. It’s a muscle and it needs to be exercised and I don’t think I was keeping it up as I should have been, so when I started writing again it was a little harder to try and get back into, so I was probably writing for a year and a half.

You’ve had a really long and successful career as a recording and performing artist. Do you aspire to be a household name like Adele or Beyoncé, or is that kind of fame and spotlight not for you?

As far as I’m concerned I think every artist would like that. But the question is; what are the means of achieving it? Like selling your soul, changing your style or conforming to an image of an artist you’re not, that’s where I wouldn’t want it. If it’s on my terms and I get to be the artist that I want…and that happens…then hell yeah!!

What is happiness to you?

That’s a very good question. Everything boils down to, and it sounds corny but it’s something that I’ve really truly learned, to love. There is a line in one of the songs on my album on the song How We Do It that says “I want to be happy, I want to die in love” and I really truly believe that’s what life is about because everything else just burns away.

There is a LOT of Lights merchandise available on your tour! What is your favourite item?

Oh my goodness, I’m really closely involved in the merch that we do and I want it to be cool that you can wear out. I would wear everything if it didn’t have my own name on it! I think the pom-pom hats are my favourite; the orange and blue one with the symbol on it is awesome. I love it and it’s so Canadian! It’s so warm and practical but so cool too!

My favourite item is your holiday sweater!

That’s a new one! That might be my new favourite actually! 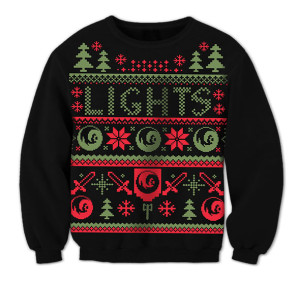 What are you getting Beau and Rocket for Christmas? Can I suggest the Lights holiday sweater?

Maybe I’ll get her a tiny mini sweater!! Ummm, I really don’t know. Probably endless Starbucks that fuels us on tour!

Lots of touring and festivals coming up, it’s going to be such a crazy busy amazing year. We’re starting off with a European tour in January/February. Also in that time I’m going to make sure I’m writing too and keep everything flowing in my head so that we don’t have to wait another three years for the next record.

Little Machines is out now