Birdy found fame after being discovered by record label execs on Youtube at the tender age of 12, and released her first single, a cover of Bon Iver’s Skinny Love, two years later. Her self-titled debut album skyrocketed to international acclaim and success, topping the charts in Australia, Belgium and The Netherlands, with sophomore release, Fire Within (released in Canada and the US on June 3) peaking in the top 10 across the whole of Europe, Australia and New Zealand.

Ahead of the show, Birdy chats to Vancity Buzz about the new record, Poutine and kissing George Clooney. 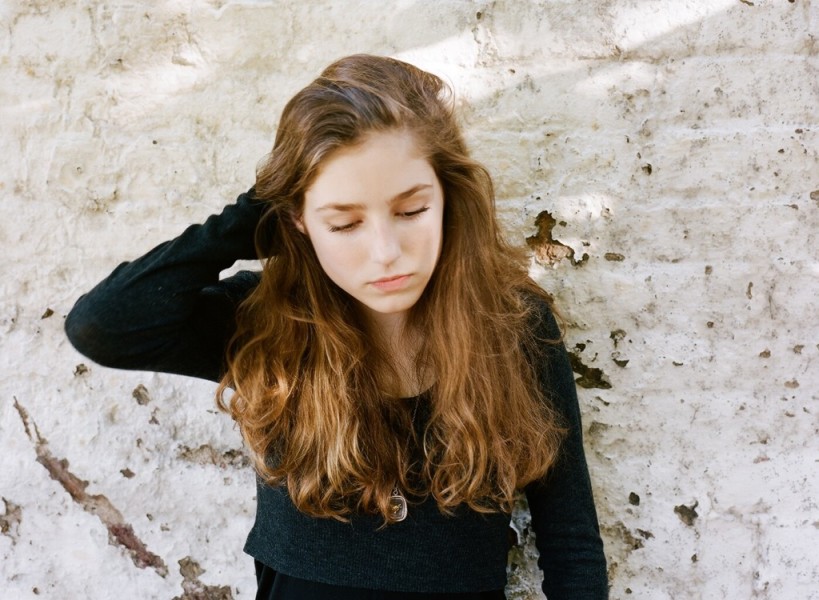 What can fans in Vancouver expect from the show next Monday?

I am so excited to come to Vancouver! I’ve been to Canada once before, to Toronto, and had such an amazing reaction, so I’m really really excited to be back in Canada.

I’ll be playing songs from Fire Within which is coming out in June. It will be full of original songs, playing a bit of guitar and a bit of piano. I’m here with two members of my band so it should be really intimate.

What’s the best thing about touring with Christina Perri?

They’re all really lovely people and Christina is wonderful and so talented. Every night has been so amazing seeing her perform and also just getting to travel America has been incredible – it’s the longest I’ve ever been away from home.

Do you enjoy flying?

I don’t mind flying now, since I do a lot of it, but I’ve been on a tour bus on this tour which is really fun and I love it so much.

You were nicknamed Birdy because you could open your mouth so wide when you were a kid. We have some fantastic restaurants here in Vancouver. Are you a foodie and is there anything you fancy while you’re out here?

Yes I am definitely a foodie! My favourite food is Carbonara, I just love Italian food. In the US there is incredible Mexican food everywhere which we don’t really have in England. I don’t know what I’ll be looking for there – what is the speciality in Canada?

Well, a lot of people seem to enjoy Poutine here, not sure it’s the healthiest option though!

Ohh yeh! It’s something I didn’t get to try when I was last in Canada but I heard about that – maybe I’ll try that when I’m there!

Skinny Love has had over 60 million YouTube views alone – how does that make you feel?

It’s quite surreal, and weird, but amazing to have that support and have people sharing that video. That’s how it all started for me, with that one song being shared through YouTube.

Which music video have you watched a million times?

I don’t have just have one that I watch a lot, I watch a few…I really love Paolo Nutini – I’ve watched a lot of his videos. I also love Amy Winehouse and her videos too.

You celebrated your 18th birthday last Thursday! Did you have a good time or did you wish you were back in England so you could drink?

I didn’t go out anywhere but we had a hotel party! I actually had an amazing birthday because my family flew out as a surprise and I had no idea they were going to come! I arrived in the morning thinking I had promo to do and they all jumped out from behind a curtain. We went to Cirque Du Soleil with The Beatles’ music which was so incredible, so yeah I had an amazing time!

Fire Within drops in Canada on June 3, what are your favourite tracks from the new album?

At the moment I’m really enjoying playing Words As Weapons which I wrote with Ryan Tedder in LA. We’ve got a new version of track on the North American album, which has a bit more of a drive to it. I’m interested to see what people make of it.

As well as Ryan, you collaborated with Ben Lovett (Mumford & Sons) on the album – who would you like to collaborate with on future records?

Who is your favourite Canadian artist?

I love Carly Rae Jepsen! We got to cover Call Me Maybe for a French TV show and that was so fun!

You’ve been in the public eye from such a young age, do your parents worry that you’ll do a Miley or a Britney and go off the rails when you’re older?

I think it’s important to have your parents and people who care about you close especially when starting something as crazy as this! I’ve been really lucky to be able to travel with them and they’ve been really cautious yet supportive and they know how much I love this. I don’t think they’re too worried as they know me and that’s not me.

Do you feel like you’re missing out while your friends go off to college and university?

I left college to concentrate on music and that’s what I’ll always want to pursue. In a way I am kind of a bit jealous – I think university would be an amazing time, and you get to make so many friends, and I do kind of miss being part of that circle of friends, but I’m having such an incredible time and for me it’ll always be music. I can always come back to university later on.

What TV show or movie is your guilty pleasure?

What has been your craziest fan encounter?

There’s a German fan that seems to appear at EVERY single show I do not matter where it is, recently even at the American shows! But he’s so lovely!

Who have you been starstruck to meet?

I got to meet George Clooney at an event in Germany and I got a kiss on the cheek. I was so starstruck!

What has been the best day of your life so far?

Oh wow, I’ve never really thought about that. Maybe not one particular whole day, but I’d say one of the most incredible moments of my life was being able to perform at the 2012 Paralympic Opening Ceremony. That’s something that always sticks in my mind when I look over the past few years.

Fire Within is released on June 3

Birdy and Christina Perri play the Vogue Theatre on May 26