Remember when you were a kid and bike riding and baseball were everything? Well, we have a way to help you relive those carefree days.

The Vancouver Canadians and the City of Vancouver along with Vancity Buzz are presenting the first annual ‘Bike to the Nat Days.’

For two days over the Labour Day long weekend—Sunday, August 31 and Monday, September 1—baseball fans, young and old, are invited to pedal to the park to take in the final games of the season, as the C’s play rivals, Spokane Indians. First pitch at 1:05 p.m. for both games.

“The Vancouver Canadians have always supported alternative ways of getting to Scotiabank Field, but the recent beautiful weather combined with so many sellouts has made biking to ‘the Nat’ more popular than ever,” says JC Fraser, Vancouver Canadians General Manger. “We’re proud to be a small part of this initiative to bring parking for over 300 bikes to the ballpark thanks to Vancity Buzz, BEST’s Bicycle Valet and the City of Vancouver.”

The ball park is conveniently located along both the Ontario Street bike route and the 37th avenue bike route, but check City of Vancouver’s Bike Map to find your best way there.

The Vancouver Canadians have just confirmed that both games are now sold out! So, if you already have tickets, then dust off your bike and ride over early.

Mayor Gregor Roberton says the City has been working hard to create a place where events like this can take place.

“Cities around the world have seen the benefits that come from increasing safer cycling ridership and walking in dense urban areas, especially for families – and now Vancouver is starting to lead the way. We’ve seen major increases in cycling, particularly along our new network of separated bike lanes.”

“Vancouver’s Transportation 2040 Plan is a balanced and forward-looking plan that will continue to provide safety upgrades for pedestrians and cyclists, puts a major emphasis on expanded transit, and enhances goods movement to support local businesses. We want to make it safe and easy for people of all ages to bike around Vancouver.” 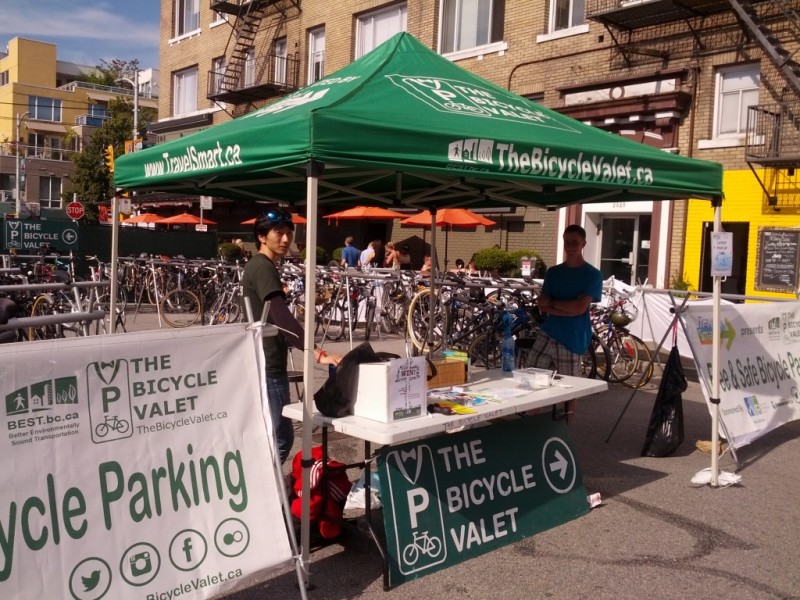 Better Environmentally Sound Transportation’s (BEST) service The Bicycle Valet will be on hand, outside the ball park for both games to help park and secure your bike, and take the pain out of parking. “It is an ideal location to ride your bike to and great for families with bikes, tandem bikes or bike trailers,” said Steven Beck Executive Administrator of BEST. “Just let The Bicycle Valet take care of your bikes and gear so you can just enjoy the game.”

But, if you plan to take advantage of the free valet bike parking, arrive early, as there are only 300 spots available.

Who: Vancity Buzz, City of Vancouver, BEST’s Bicycle Valet and The Vancouver Canadians

What: ‘Bike to the Nat Days’

Why: Because your car deserves a rest and so does the environment. 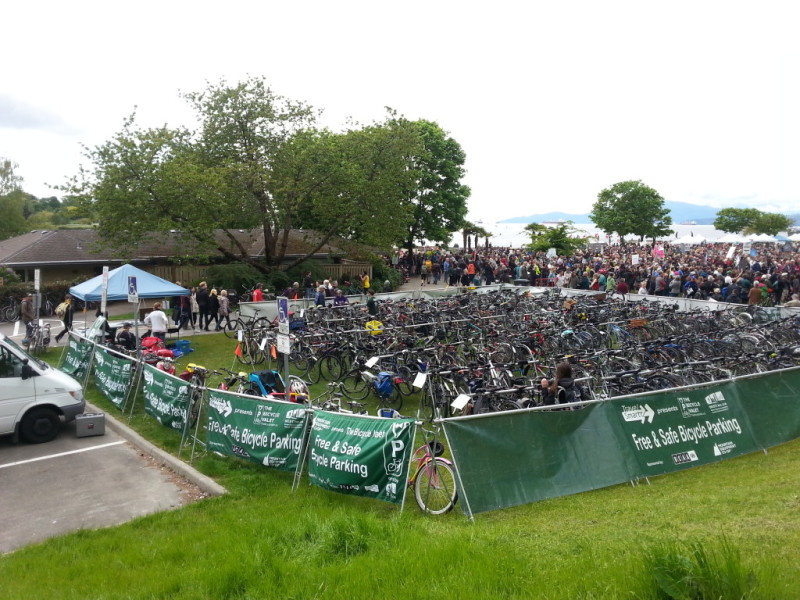