In January, Paris-based luxury jewellery brand Van Cleef & Arpels expanded within the Maison Birks, and opened its largest Canadian location at the corner of Granville and West Hastings with a crowded event. 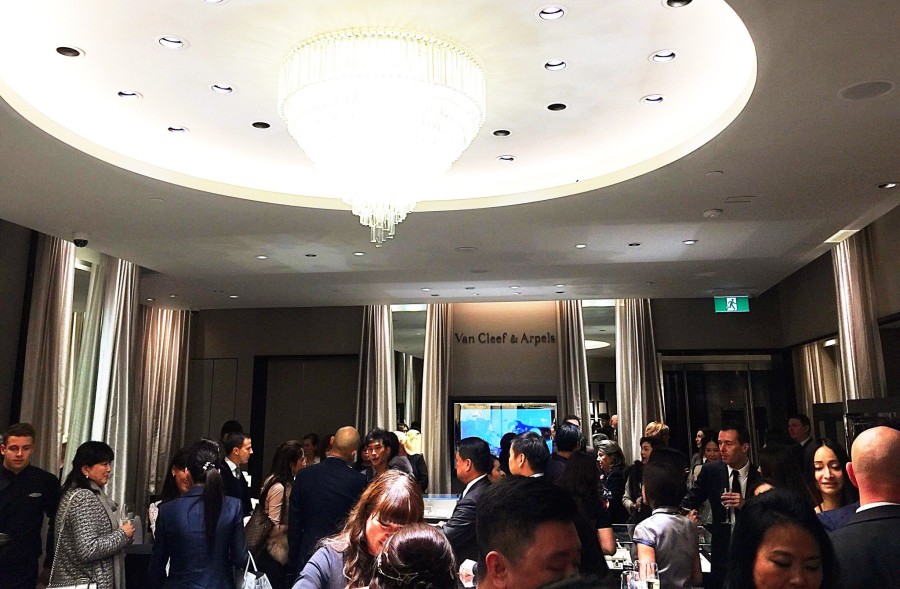 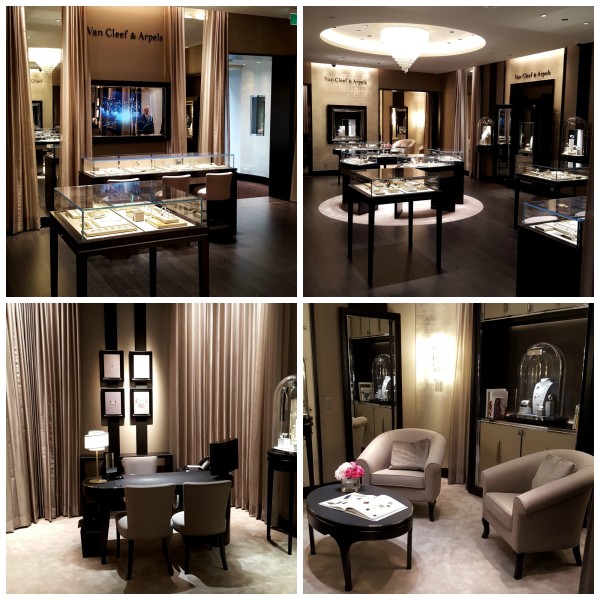 Fast forward three months and Kingswood Capital Corporation has announced that the property under construction at Burrard and Thurlow streets, will be 8,000 square feet with Van Cleef & Arpels occupying the majority of the space with another luxury brand.

With an anticipated opening in 2017, the location is approximately 4,000+ square feet and will add to the shiny cluster of ‘Luxury Zone’ jewellery boutiques. Within walking distance of the two storey structure (according to renderings) are GWC, Lao Feng Xiang, the iconic Tiffany and diamond legend De Beers. 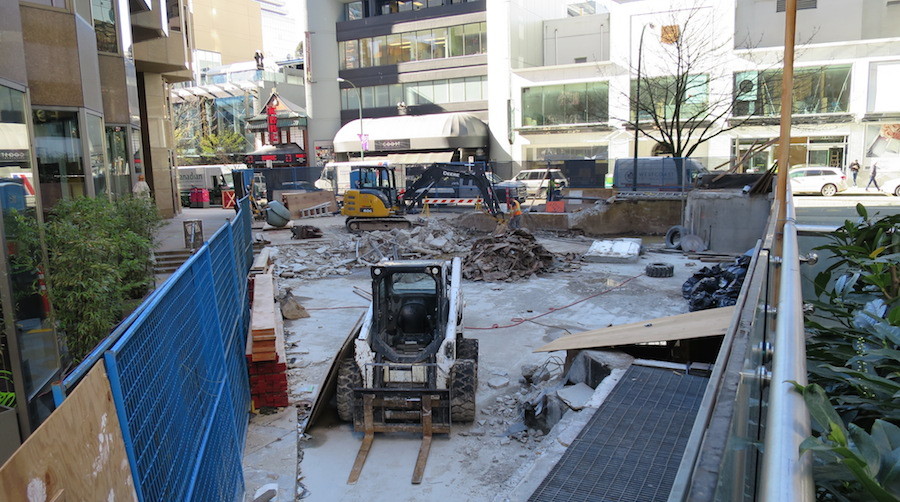 Construction is already underway as reported by Kenneth Chan in a VCB article on March 29. The Grosvenor Building location drew controversy last year as word got around that the cherry-tree lined plaza was to be bulldozed to make way for further luxury retail development and the public lamented the loss of another public space.

According to Craig Patterson at Retail-Insider, “Van Cleef & Arpels will be a terrific addition to Alberni Street, and it will join other luxury brands. Vancouver’s ‘Luxury Zone’ now rivals Toronto’s Bloor-Yorkville as Canada’s most prestigious urban retail node, and sources confirm that even more luxury brands are confirmed to be opening in the area”. 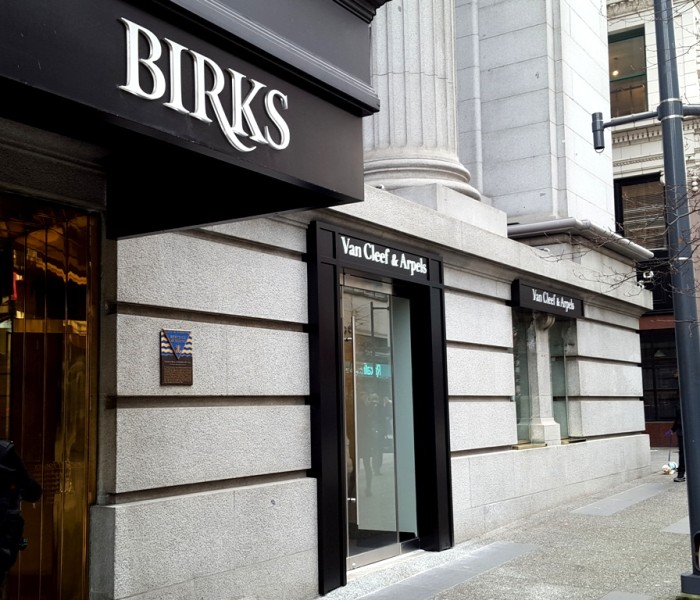 The future of the Van Cleef & Arpels location, within Maison Birks, has not been announced but it could be speculated that it will remain operational until the 2017 completion of the stand-alone store.