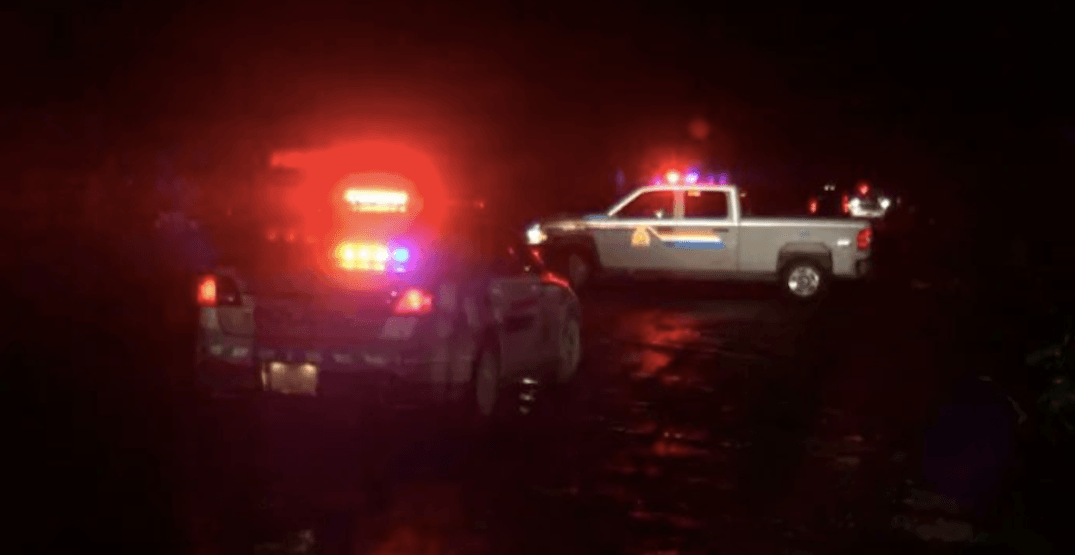 Calling it a “tough” night, officials with the Port Alberni Fire Department on Vancouver Island confirmed that two people were killed, after the bus they were travelling in was involved in a rollover crash.

According to officials, the rollover took place between Port Alberni and Bamfield, as the bus was enroute to the Bamfield Marine Science Centre.

According to BC Emergency Health Services, the incident took place around 9:45 pm on Friday, when officials responded to a call that a bus had gone down an embankment off the highway near Bamfield.

A total of 17 people were taken to hospital as a result of the accident, with approximately 30 others transported from the scene by another bus.

In a statement, University of Victoria (UVic) President Jamie Cassels confirmed  “with profound sadness” that the two people deceased were students at the university.

“Our heartfelt thoughts go out to the students’ families and loved ones, to whom we offer our sincerest condolences,” said Cassels. “We also grieve with those closest to these members of our campus community, including roommates, friends, classmates and professors who were in contact with them during their time on campus.”

The university said it has put in place measures “to help those closest to these students deal with this trying situation,” said Cassels.

“We encourage students who need support on the weekend to contact Campus Security Services at 250-721-7599 for counselling services,”

As well, the school said that as it wishes to respect the privacy of the families involved, it will not be disclosing any personal information about  the students.”

Faculty and staff can contact the Employee and Family Assistance Program, 844-880-9142, for further assistance, as well.

On Facebook, Port Alberni Mayor Sharie Minions said that on behalf of council, she “would like to extend our deepest condolences to everyone affected by last night’s horrible bus tragedy” Bamfield Road.

“Our hearts go out to the families and friends of all who are suffering a tremendous loss today,” she added.

At this point, information regarding what exactly caused the rollover has not been released.