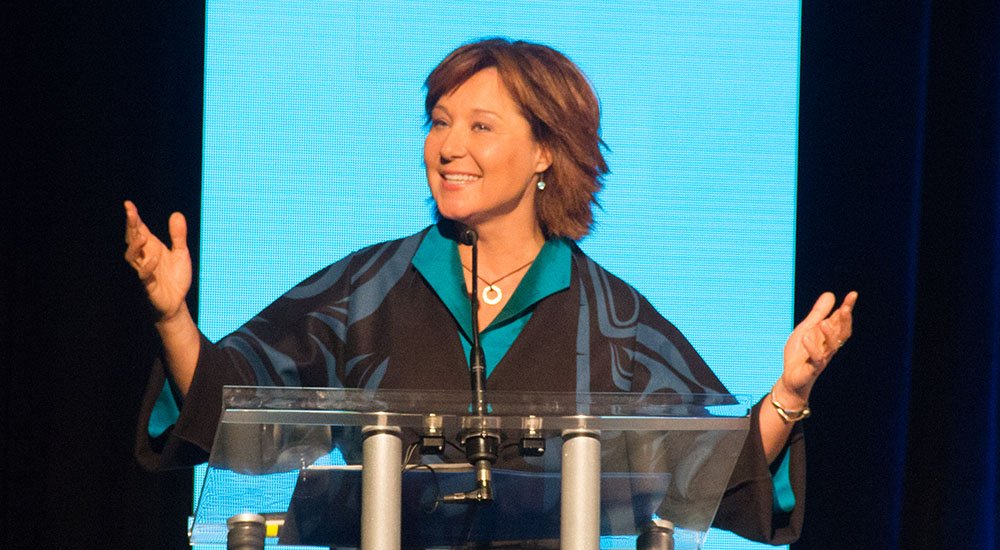 Judging by the mood on the streets this morning, we’re not sure BC Premier Christy Clark speaks for most Vancouverites in her statement about the US election.

“On behalf of British Columbia, I would like to congratulate President-elect Donald J. Trump, as well as Governor Jay Inslee in Washington State, Senator Lisa Murkowski in Alaska, and everyone else who pursued elected office,” said Clark.

Clark goes on to say the US is a close friend and partner of BC and said the province, alongside the federal government, will work diligently to protect that relationship.

“We will work diligently and with determination to ensure we protect and grow the relationship that is crucial to working families in our province, on issues like free trade and a new softwood lumber agreement,” she said.

But she did recognize the historic nature of Trump’s win – and Hillary Clinton’s loss.

“For the first time, a woman has contested the presidency for one of the two major political parties – a significant and important signal to the millions of women and girls around the globe who saw it happen, in real time.”