Urinetown is a smart musical about toilet humour. And that’s not a contradiction.

Urinetown imagines a future in which drastic water shortages and a large corporation with a monopoly on all toilets force citizens have to pay for the privilege to pee. This dark dystopian vision of our future is offset by writers Mark Hollmann and Greg Kotis’ delightfully witty and irreverent humour which sends up everything from evil tycoons to musicals themselves.

Having first premiered in Canada almost eight years ago at the Firehall, Urinetown’s new production pushed both theatre and cast to their limits. It’s a marvel to see this Broadway-scale musical performed on such a small stage. The sound was marvellously clear, the vocals devoid of that tinny microphone quality. The 16-performer-strong troupe was both versatile and in-sync. They got the timing, the humour, and those dance steps so evocative of the genre. If anything, due to lack of mic amplification, I couldn’t hear the two leads as well as I liked. Both Michelle Bardach and Anton Lipovetsky acquired their parts well otherwise, but neither could hold a candle when singing against the rest of the ensemble. 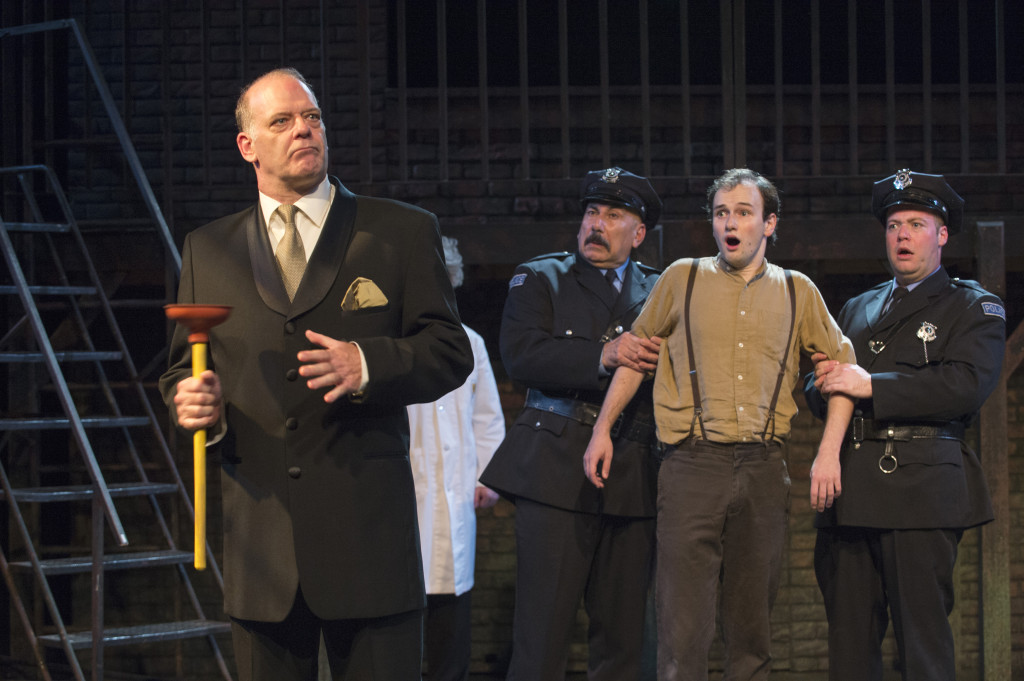 But little nitpicks aren’t why you should or shouldn’t go see Urinetown. You go because this is one of the rare opportunities of seeing this funny little play outside of Broadway, and that’s well worth the hotly-selling tickets. Urinetown doesn’t take itself seriously, starting off as smart, sassy, and slightly off-kilter. It finishes as something decidedly outside of your usual expectations of musicals. It fondly pokes fun at the genre’s many eccentricities and limitations, and in doing so becomes something more.

The fourth-wall breaking was delicious; you could really see the audience lapping it up. After all, it’s a wink and a nudge that we know they know we know that the entire premise is laughable, but we can enjoy ourselves nevertheless.

Urinetown’s script and witty, fourth-wall breaking soliloquies shine through minor balance problems. This is a fine satire on the state of the water wars. Go with the flow, as they say.