The project is part of the the municipal government’s VIVA Vancouver program that activates downtown Vancouver’s Granville and Robson Streets with seasonal events, activities and installations.

‘Urban Reef’ was amongst the 78 entries submitted for the Robson Redux competition and selected through a public vote. The seating installation was created by Kaz Bremner, Jeremiah Deutscher, Michael Siy and Kenneth Navarra – a local team of architects, designers, and carpenters.

Upon selection in late-April 2014, the team was given a $40,000 honorarium to cover the costs of materials, fabrication, construction, installation, and de-installation for their projects.

Although this is the fourth installation for the 800 block of Robson Street, this marks the first time the design selection process was open to public competition.

The wooden furniture will be a fixture of Robson Street until September 1 when it is scheduled to be dismantled. 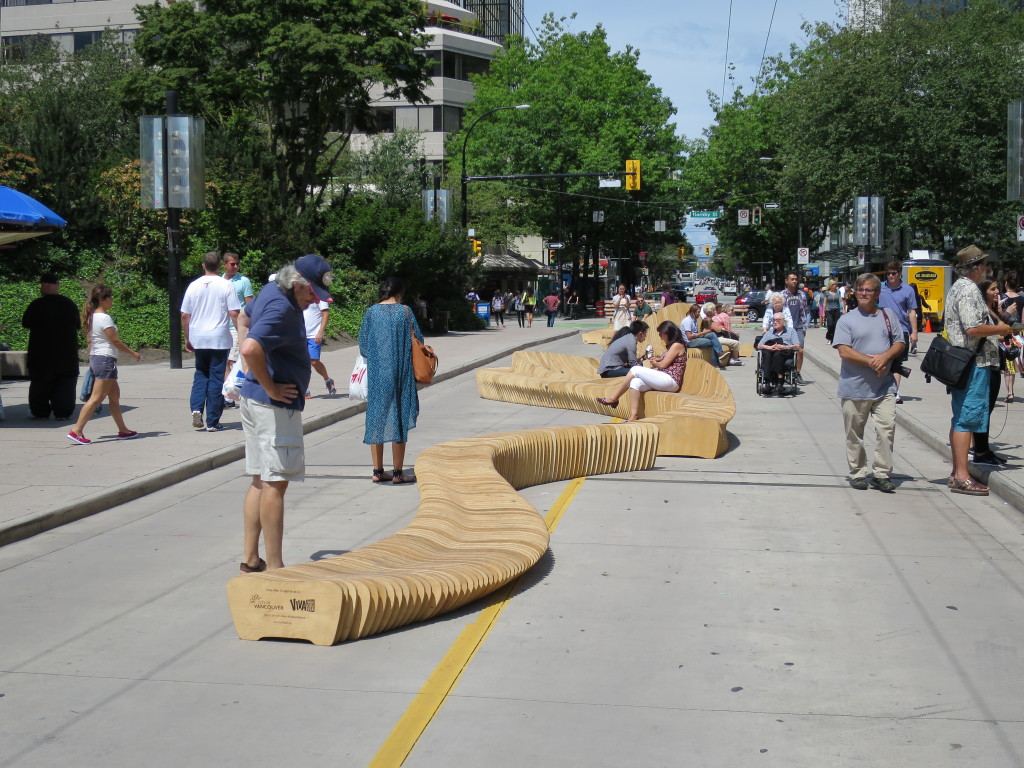 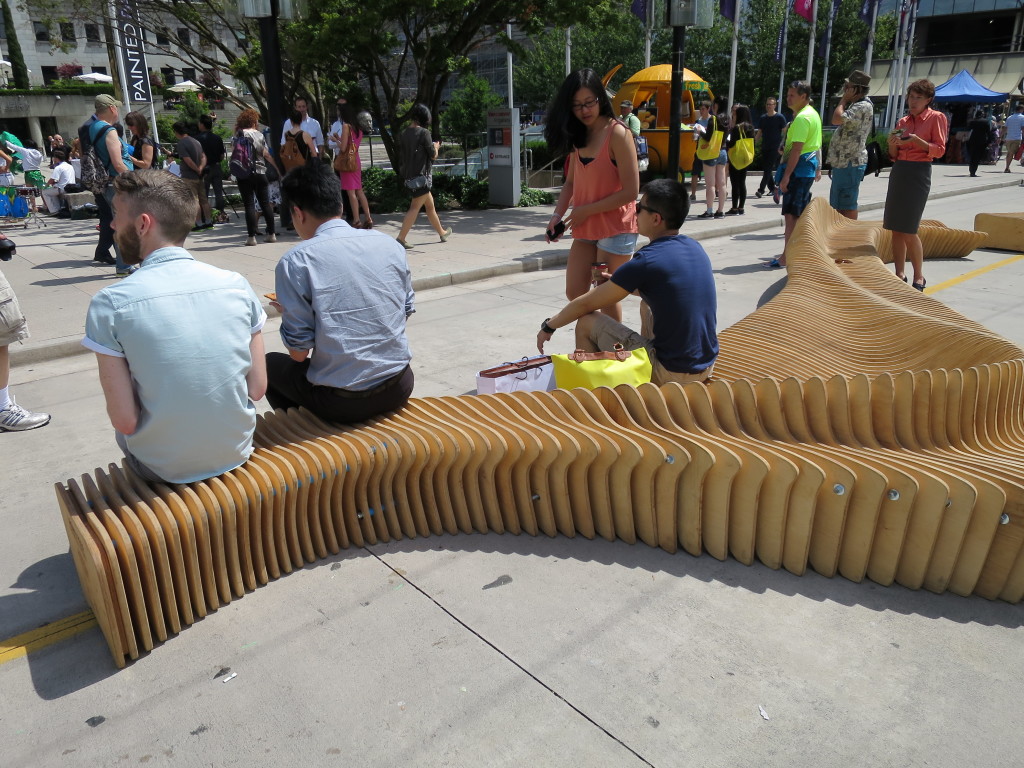 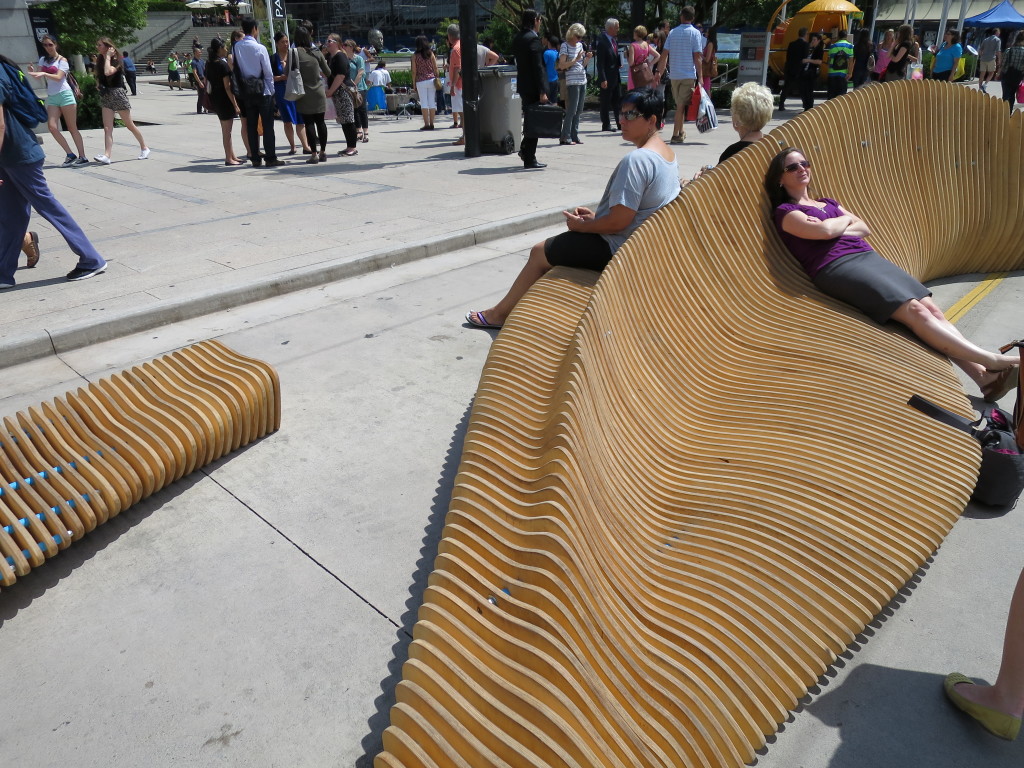 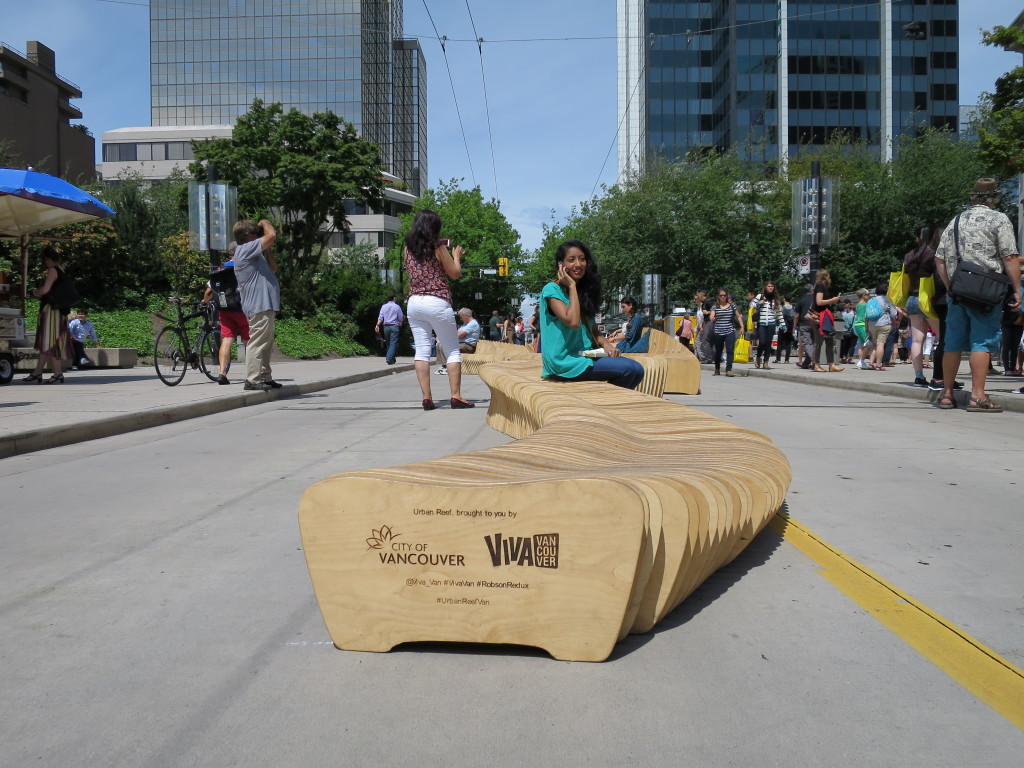 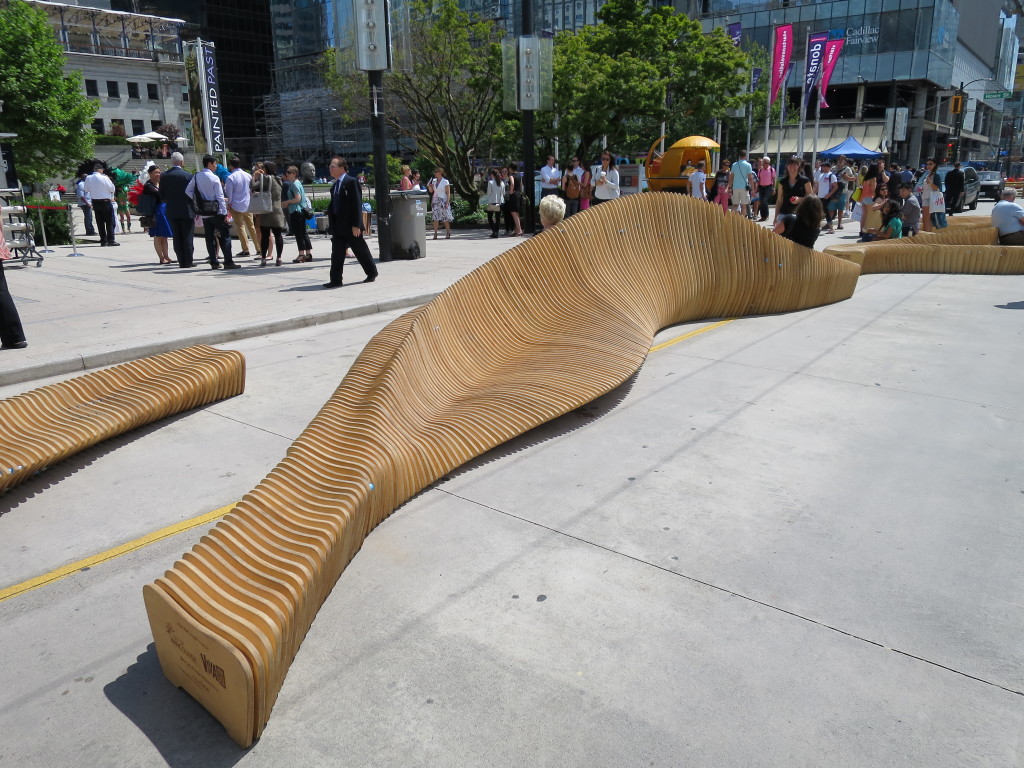 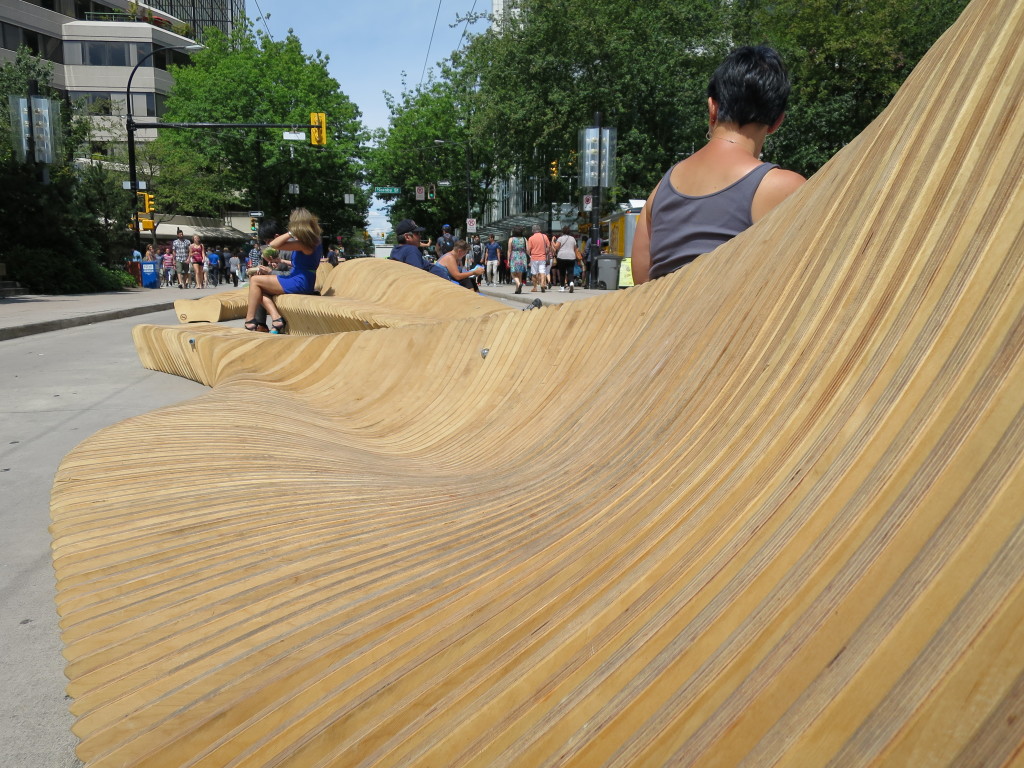 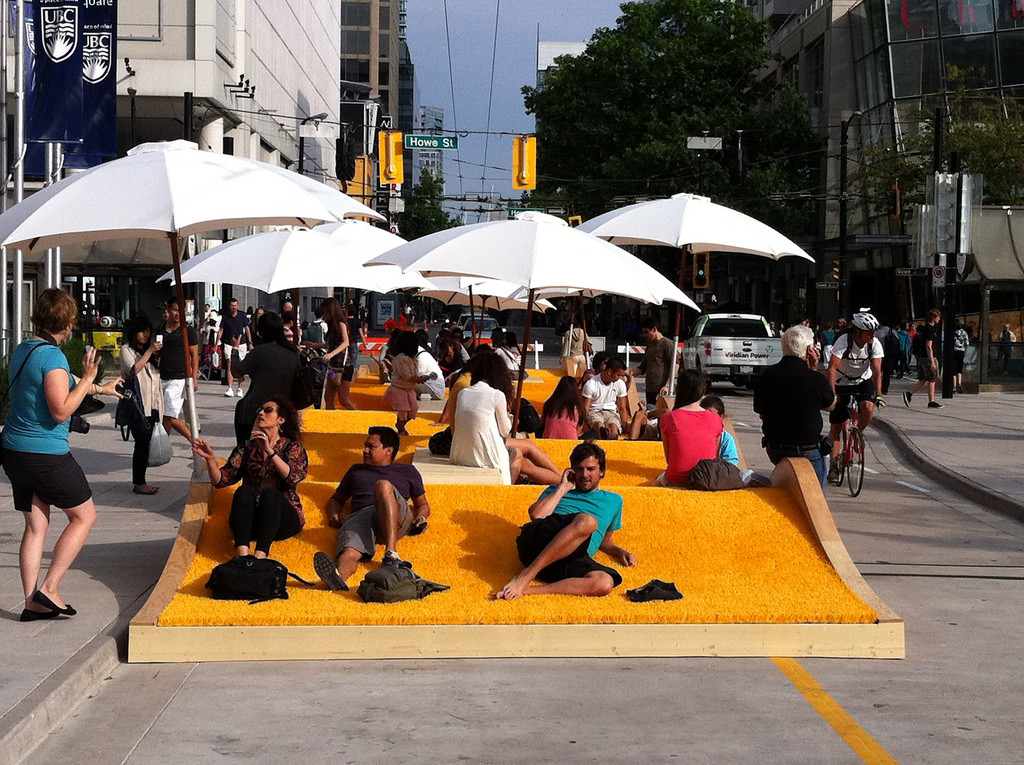 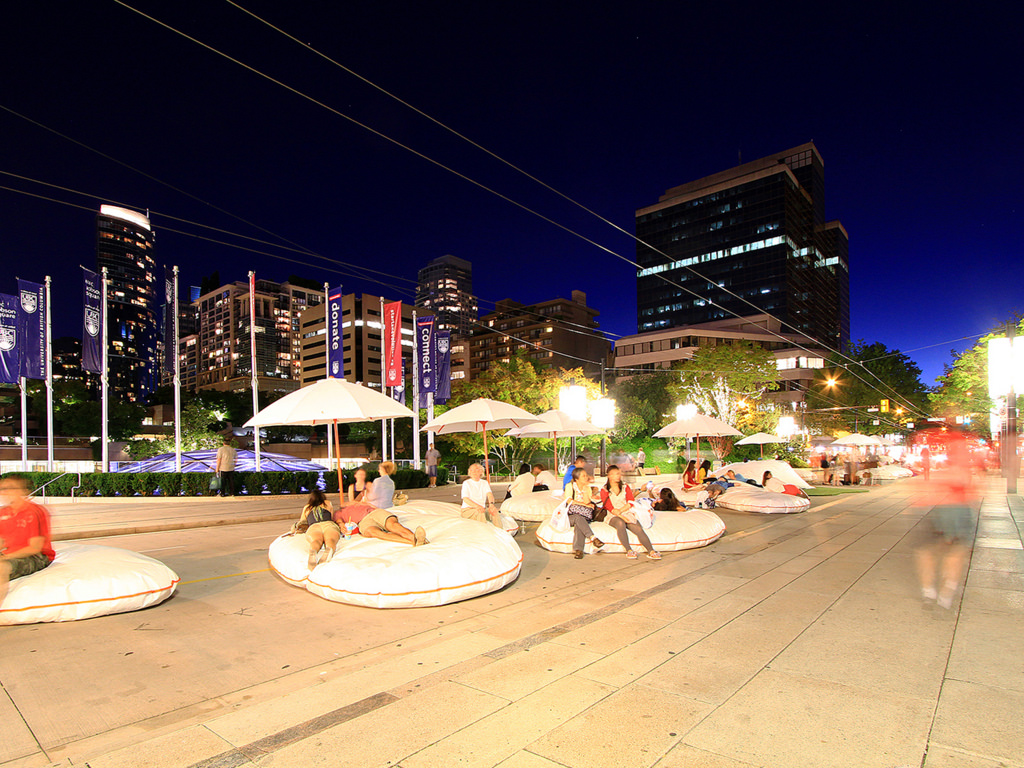 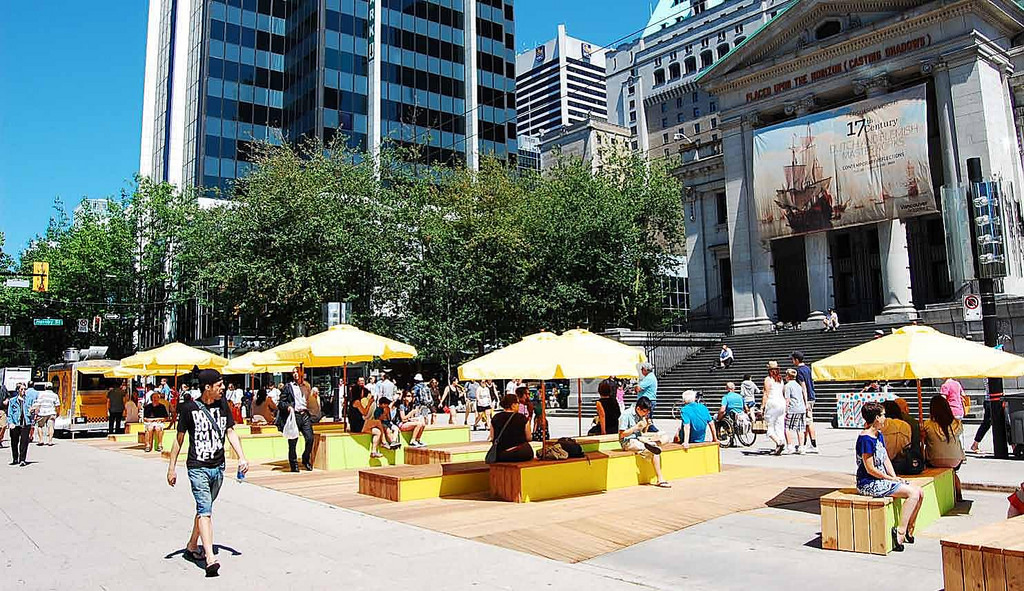