Following up to a majorly successful summer Chive meet up in June, Vancouver Chivers are planning an Unofficial Chive Christmas Party to celebrate the season while raising funds and donations for the local community. The Vancouver Chive Christmas Party is taking place on December 23 at Library Square, with all proceeds going to the BC Children’s Hospital and organizers are asking partygoers to bring donations for the local food bank.

If you haven’t heard of The Chive, it is an American photoblog that hosts galleries on a daily basis using photos from the internet and user submitted ones. It is also the reason that guy behind you in class is wearing a “Keep Calm Chive On” t-shirt, the Chive’s slogan, which is also sometimes seen as KCCO, or heard as “Chive On.”

In recent years, The Chive has been a positive imagine for charity work and giving back to the community. Owned and operated by Resignation, LLC, the Chive was started by brothers John and Leo Resig, and remains a family-oriented business (with family members working at different branches of the Chive, such as The Berry). The Chive began Chive Charities, and their online community proved to be generous in giving to support several causes. The Chive is also known to encourage the Chivers to RAK (random acts of kindness) one another – a movement that has really taken off in Canada, as seen through many Chive RAK galleries. 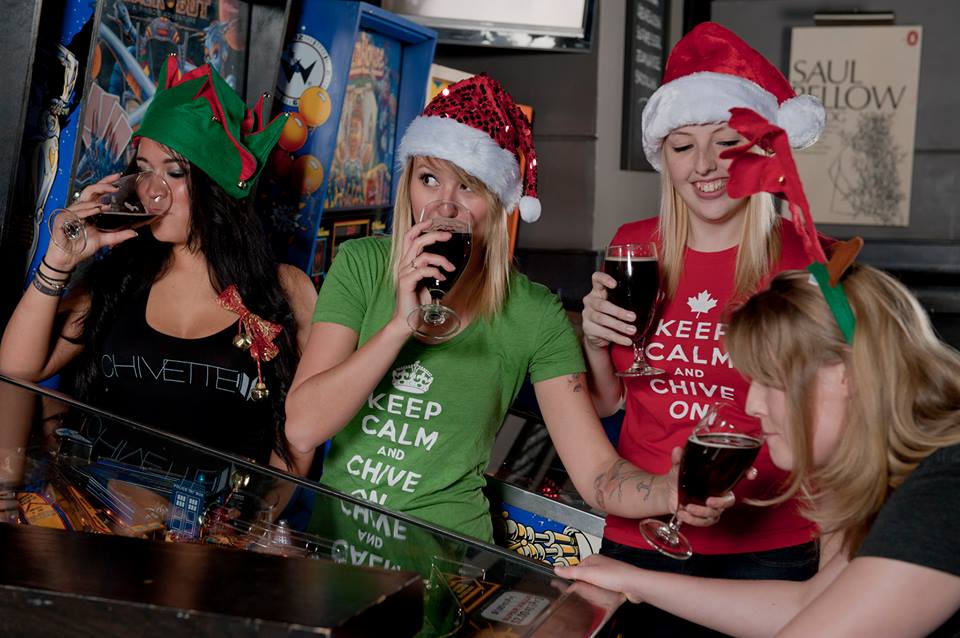 Last month, The Chive released its own lager, KCCO Black, which will make its grand debut at the Vancouver Chive Christmas Party. Organizers are encouraging food bank donations, and with every donation attendees receive a free drink ticket. So get your donations on, rock your Chive gear and get ready to meet some local Chivers and Chivettes. And who knows, you might make it in one of the Chive galleries soon.

Cost: $10 in advance with all proceeds going to the BC Children’s Hospital