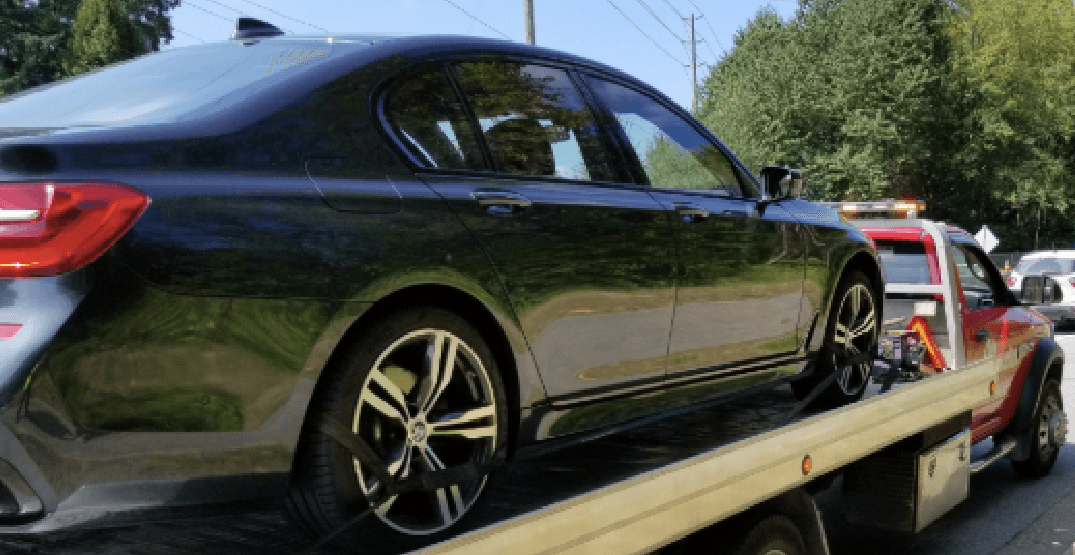 This car was impounded and the driver fined. (Burnaby RCMP)

A driver in Burnaby is without a car for seven days, and out $644, after police say they were doing more than double the speed limit in a construction zone on Thursday.

Just after 12 pm, Burnaby RCMP tweeted that the driver in question was clocked by a Burnaby Traffic Enforcement Officer doing 74 km/hr in a 30 km/hr construction zone.

To make matters worse, the motorist did not have a valid driver’s license.

As a result, police handed the driver not one, but two violation tickets, totalling $644.

The vehicle has also been impounded for seven days.

Today the driver of this vehicle was caught by a Burnaby Traffic Enforcement Officer doing 74 km/hr in a 30 km/hr construction zone and without a valid driver’s license. This resulted in two violation tickets totalling $644 and a 7 day vehicle impoundment #ConeZoneBC #Burnaby pic.twitter.com/vDH51M5Uam

Just a good reminder to always pay attention to the speed limit – especially in “Cone Zones.”

Oh, and always make sure you actually have a valid driver’s license when behind the wheel of a car.