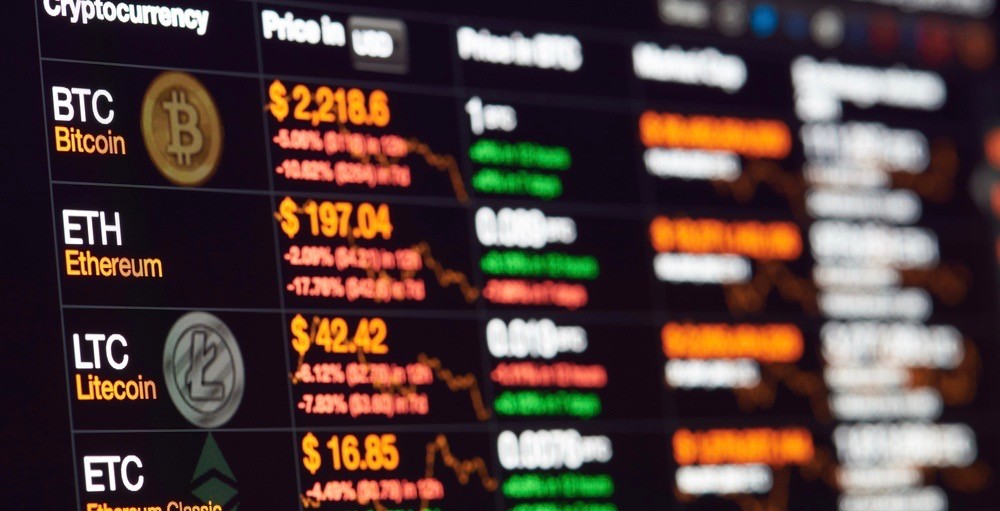 The world of cryptocurrency and trading has gained a lot of headway in the past few years, especially as stories rise-up stating that So-and-So Made $4 Million On Bitcoin and the crowd goes wild.

Feverishly, the population of earth with any tabs on hot markets flock to Google to find a proper explanation of the terms and purpose behind the trend.

After the rise of Bitcoin, others got into the mix with cryptocurrencies of their own. Many start-ups these days are taking part in an Initial Coin Offering (or ICO) instead of offering stocks or ownership of their company, they can raise funds based on the perceived future worth of their crypto-coins.

But before you start riding the crypto wave, here’s everything you need to know about the water behind it…

While cryptocurrency is definitely the way of the future – decentralized currency would solve a lot of problems – there is an evolved system that had sprung out of the crypto-financing world; The Blockchain.

Commonly referred to as “a Blockchain” the core concept of the universal Blockchain is a continuously growing list of records. Held within the Blockchain are numerous data points, and when viewed as a whole, they make a single record book. The strength of this technology is that it is bullet-proof (in theory, and in practice for now). When a single portion of the Blockchain data is manipulated, the records as a whole goes “oh dang, that’s not right” and reverts it to the previously stored version. And this reliance on the puzzle pieces makes the armour on the information impossible to contort.

Blockchain technology is a hyper-connected series of databases that – while stored in pieces – makes an impenetrable ledger. This trustworthy record-book dissolves all question of ownership or exchange of anything with value. It is also the fundamental technology that cryptocurrency runs on.

When information is stored on a central network, every bit of that stored data is vulnerable, because there’s one place for it all. Think back to recent news of Playstation Network accounts being compromised, or this CBS feature discussing identity theft. There are only so many cyber security measures one can take to keep people from accessing a single database of account information.

Blockchain technology relies on a decentralized network. This means that it lacks centralized points.

Rudimentary Example: Let’s take the Playstation Network example and run with it a bit. There are plenty of services that we all use, where storing our credit card number is expected. Netflix, Paypal, Amazon, and (many) more. All of these services keep your account information centrally, meaning that all an attacker has to do is break the security on one database, and they’ve got thousands of credit cards.

If your credit card is 16 digits, a decentralized network would break up that string of numbers. Instead of all 16 digits being in the same place, each single digit might be stored on their own database, anywhere in the world. When your number is required (say, for a monthly subscription charge), the systems would find the databases that store your digits, and “rebuild” your credit card number. It makes it impossible to steal your number via a single source, and no single source will ever know your complete information.

But the beauty of where Blockchain tech has grown isn’t in the form of cryptocurrency, but rather anything of perceived value. In 2015, Don and Alex Tapscott, authors of Blockchain Revolution summarized the system in one simple sentence:

“The blockchain is an incorruptible digital ledger of economic transactions that can be programmed to record not just financial transactions but virtually everything of value.”

Example Scenario: Let’s say you are planning on buying a house – inherently, a situation where people have misused trust in the past – and you are gathering the records on the property.

Without Blockchain: Homeowners or real-estate agents have free reign to manipulate and adjust property records, and they will do so. Especially if those records might significantly change the value of the house. If there was a flood (claimed through insurance) back in 2004, you may never see a version of the records that displays such a thing.

With Blockchain: If the Blockchain ledger had existed back then, when the homeowners claim a flood through their insurance, a record of that would be made on the Blockchain. Now, if the homeowner or agent selling you the home were to attempt to change the records from back in 2004, the ledger would freak out, and never accept this new version of information. You would know that the information given to you is the most trustworthy information.

Another strong tool in Blockchain technology is the use of Smart Contracts, a system of executables that need no human interaction. It’s an automatic solution that dissolves the need for middle-men in situations where value is exchanged from one party to another.

Example: A simple version of this would be if you were to borrow money from a friend, and institute within your smart-contract that on a specific date the money would be returned to the lender. So you borrow $5 from Tom, and agree that on July 1, 2018, you will pay them back. A smart-contract could be written to not only keep record of the loan, but to automatically repay Tom upon the 1st of July.

It’s difficult – at first – to fully understand exactly what Blockchain technology will change, as we’re so used to the normality we’ve had for decades. It could easily dissolve the gridlock we’re in with banks, by ensuring that all wealth owners and sellers are in direct control of all their funds, at all times. We have a lot of trust in that system. A system designed to be prolifically profitable for the banks. Why is it we’re engaging in a system that profits the middle-man?

Blockchain developers are hoping to shake-up some of these truly weighted and arbitrary systems.