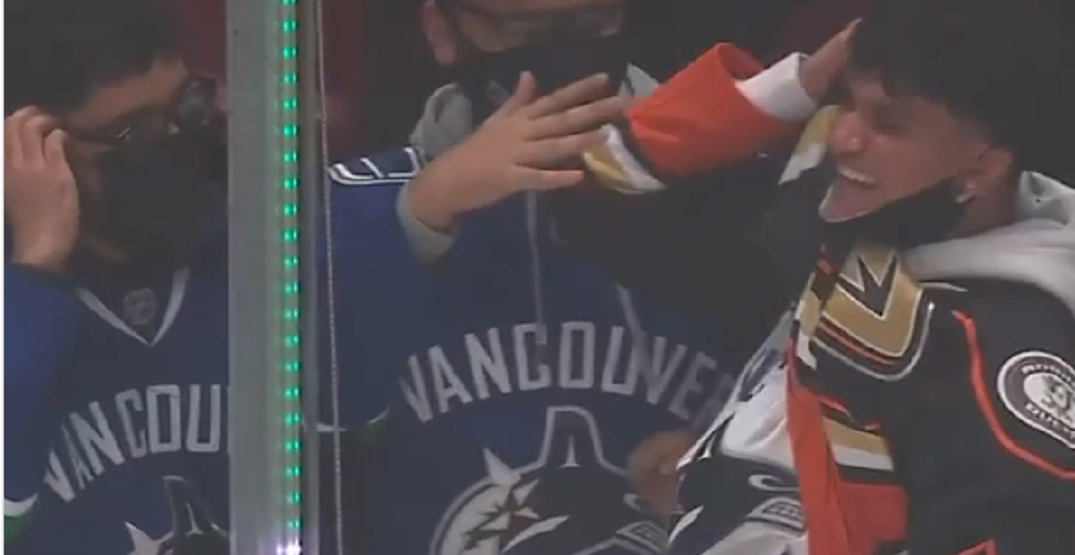 One crafty Vancouver Canucks fan found a way to skirt his way into a puck this week.

At Tuesday’s contest against the Ducks, a spectator wearing an Anaheim jersey went towards the glass during warmups at Rogers Arena. Next to three Canucks fans, the fan approached Anaheim’s Nicolas Deslauriers, who ended up throwing him a puck.

But the fan had a surprise hidden — he revealed he was actually wearing a Canucks jersey underneath his Ducks sweater.

Sportsnet cameras were there to capture the funny moment:

The Ducks got the last laugh over the Canucks (and that fan), though. Troy Terry’s overtime winner gave the Ducks the 3-2 road win.