You could say the story of Vancouver photographer Chelzea Jessica Lee was “love at first flash.” Cue the beautiful women, an honest revelation of sexual identity, along with the merciless pursuit of a dream, and you will have fallen head first down the rabbit hole. 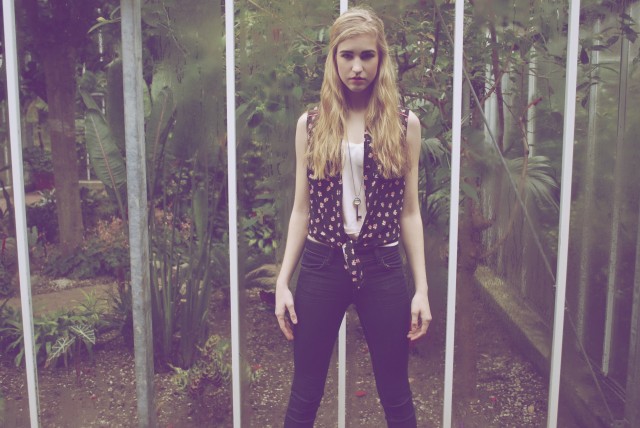 Her work has appeared in numerous American fashion magazines in both print and online, with two American magazine projects currently in the works and set to debut over summer. It’s her fearless, “screw it, let’s do it” attitude and intimate personal styles, which differ between a soft vintage feel, and edgy black and whites, that continue to make “Captured by Chelzea” a motivating force in the evolution of beauty. “Nobody else has confidently put the spotlight on curves when it comes to fashion in this city,” says Chelzea. “I’m proud to have not only opened eyes, but also the minds of those who thought that a size 12-16 could not be beautiful.”

As a pioneer in the fight to unite all shapes and sizes of women, Chelzea often posts inspirational thoughts on her “Captured” Facebook page, hoping to change the way young women view their everyday selves. She proudly directs her messages “to the girl who walks with her head down,” and reaches out daily with a new mantra urging women everywhere to “look past the mirror and never conform to societies standards,” but instead “form into who you were put on this earth to be.”

Unfortunately life hasn’t always been fair to the twenty-five year old Lagerfeld lover, but don’t expect an invite to the pity party. In 2011, Chelzea was diagnosed with social anxiety disorder, which caused her intense distress in public environments, and says that “most people think it can be cured by deep breaths but the truth is it takes a lot to even walk out of the door in the morning.” Some may argue that her chosen industry is the most unforgiving of such a seemingly flawed trait, but in the wake of adversity, Chelzea assures she is “unstoppable” and continues to draw inspiration from the events that shape her life. 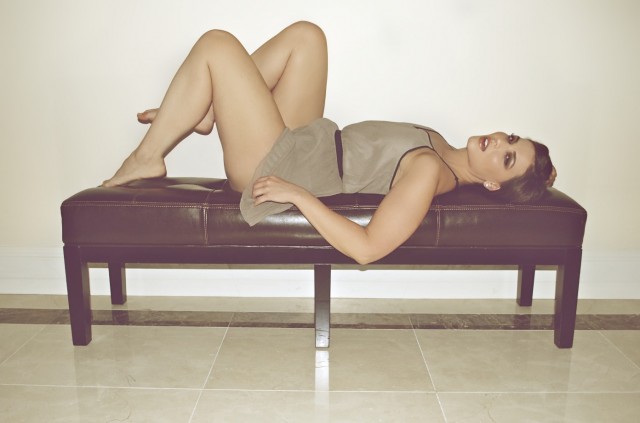 One moment in particular that she has never forgotten was when her sexuality was casually revealed. “I remember photographing this one model and during our session she asked me about “my boyfriend.” I paused, and replied “you mean my girlfriend?” After those words were said, she completely changed her stance, her attitude, and suddenly transformed from a tame girl to a fierce woman. After our shoot, I asked her “why the sudden change?” She said she felt this instant trust and that because of my sexuality she was confident that I would know how a women’s body should look, and what positions would be best for her shape.” It is through these challenges and triumphs that Chelzea has solidified her dream and found her forte. Today, and always, she is “proud” of who she is.

In the world of fashion where it’s be-it-or-be-gone, her decision to capture the beauty of our blemishes is nothing shy of a complete rebellion against an outdated state of mind. “Captured” is about recognizing that “every women has something about them that is beautiful,” says Chelzea, who is grateful for the continuous support of her vision. We must smash our way through a time of mirrors and misconceptions, abolish the fears of our differences and embrace the odyssey of our oddities. The fashion industry is due for a makeover, and with women like Chelzea behind the lens, the eye of the beholder just got a little bolder.