Only days after being inducted into the WWE Hall of Fame, The Ultimate Warrior has died at the age of 54. He collapsed in front of an Arizona hotel, while walking to his car with his wife.

Warrior, or James Hellwig as he was known before legally changing his name in 1993, began his WWE career in 1987, and quickly became one of professional wrestling’s most iconic stars. His unique connection with the fans, nonsensical promos, intense physicality and apparent near-limitless energy would take him all the way to the “Showcase of the Immortals”, where he would go on to defeat Hulk Hogan at Wrestlemania VI in Toronto, and win the WWE Championship.

As the years went by, Ultimate Warrior would be labeled hard to work with, making unreasonable demands and holding his character hostage, which led to many burnt bridges with Vince McMahon’s WWE. Warrior would ultimately make the jump to Ted Turner’s WCW during the Monday Night Wars, however he would never again receive the same career push. 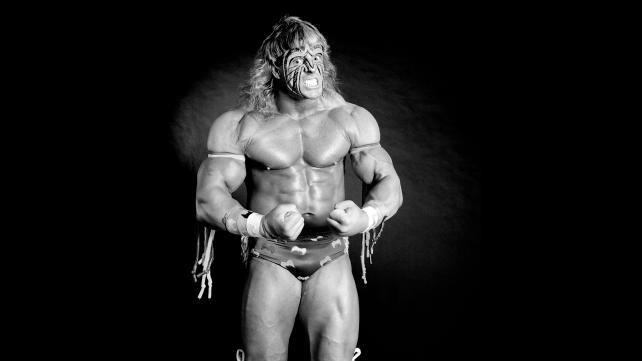 In 2005, WWE released a DVD documentary focusing on Ultimate Warrior’s retrospective wrestling career, titled The Self-Destruction of the Ultimate Warrior. It would become most famous for including commentary by a number of current and past WWE stars, including Triple H, who by this point was one of WWE’s top main eventers and the husband of Vince McMahon’s daughter Stephanie McMahon, that unleashed a barrage of unflattering comments about Warrior’s career.

Finally after 18 years however, rumours circulated that the proverbial hatchet had been buried when WWE included Ultimate Warrior on the roster for their WWE 2K14 Video Game.

This was confirmed earlier this year when it was announced that the Ultimate Warrior would headline the WWE Hall of Fame Class of 2014, the night before Wrestlemania 30 in New Orleans. In his speech he noted how much the DVD had hurt him, as those unflattering comments were made by his peers, but also thanked the fans for keeping his memory alive, and pushing for the Ultimate Warrior’s induction into the Hall of Fame.

He would appear at Wrestlemania, on Sunday, alongside his fellow Hall of Famers, and then deliver an in-ring promo the following day at Monday Night Raw.

“No WWE talent becomes a legend on their own,” he said. “Every man’s heart one day beats its final beat. His lungs breathe their final breath.”

“A man’s spirit is immortalized by the memory of the people who honour him.”

“You, you, you,” he said, pointing at people in the audience. “You are the legend makers of Ultimate Warrior.”

He also noted that he had signed a new three-year deal with the WWE to act as an official ambassador for the company.

“WWE is shocked and deeply saddened to learn of the passing of one of the most iconic WWE Superstars ever, The Ultimate Warrior. Warrior began his WWE career in 1987 and quickly went on to become one of the biggest stars in WWE history. Warrior became WWE Champion at WrestleMania VI, defeating Hulk Hogan in an epic encounter. We are grateful that just days ago, Warrior had the opportunity to take his rightful place in the WWE Hall of Fame and was also able to appear at WrestleMania 30 and Monday Night Raw to address his legions of fans. WWE sends its sincere condolences to Warrior’s family, friends and fans. Warrior was 54 and is survived by his wife Dana and his two daughters.” 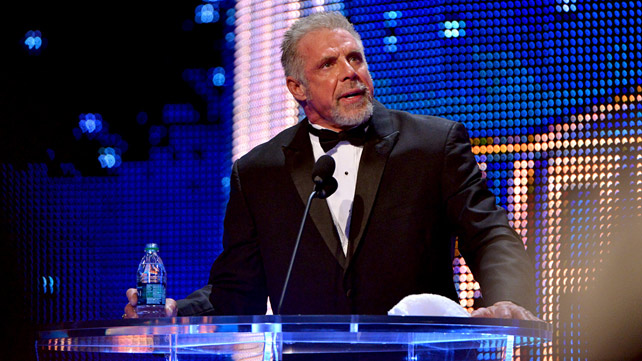