We’re taking a tasty tour of Vancouver’s many brunches to create The Ultimate Vancouver Brunch Guide. This week we’re at Craft Beer Market enjoying re-mixed brunch classics, along with a refreshing pint of craft beer.

Ranked as one of city’s premier craft beer destinations, Vancouver’s Craft Beer Market pulls a steady crowd of seasoned drinkers throughout the week. However, it is not only the casual restaurant’s extensive range of craft beer that allures patrons, but also increasingly the kitchen’s menu, which focuses on using fresh, local ingredients. 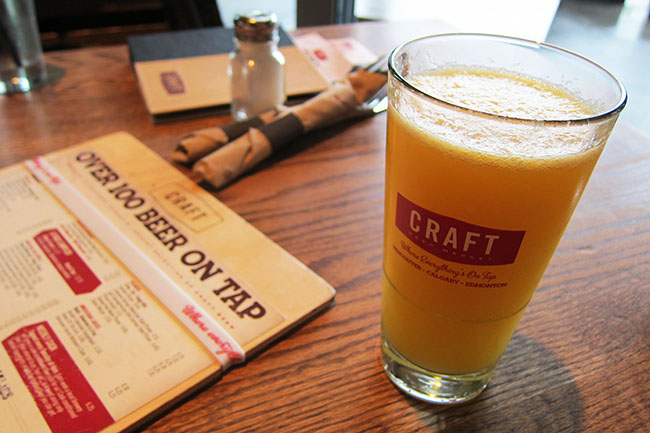 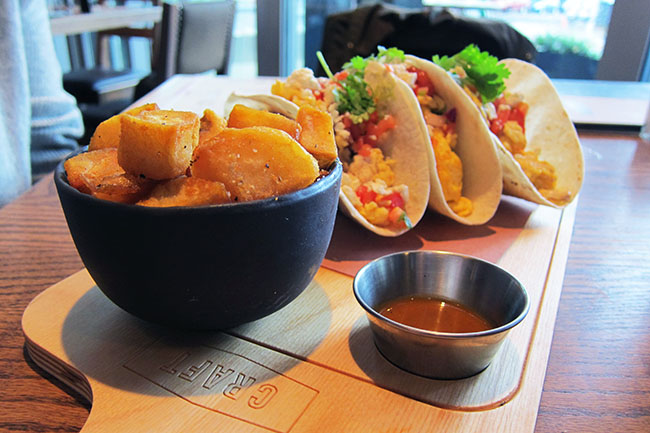 Chicken and waffle fans should definitely tuck into Craft Beer Market’s rendition of this dangerously addictive combo. Comprised of fluffy house-made waffles and topped with juicy local Rossdown Farm’s fried chicken pieces, Craft Beer Market’s Chicken and Waffles are a seriously comforting late-morning treat. The chicken is crisp to bite, wonderfully moist on the inside, and paired well with the accompanying condiments of maple syrup and the kitchen’s signature hot sauce. 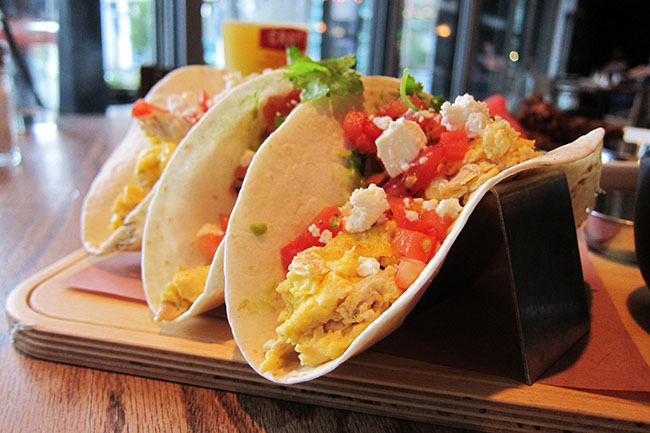 For those seeking a lighter alternative, the Breakfast Tacos are a great option. Served in flour tortillas, with a filling of scrambled eggs, beer can chicken, pico de gallo, guacamole, feta cheese and fresh cilantro, Craft Beer Market’s tacos are light, yet filling at the same time. While the three tacos themselves are filling enough, the dish is made more substantial by its side serve of crispy hash browns. But what is brunch without a little fat, salt and crunch? 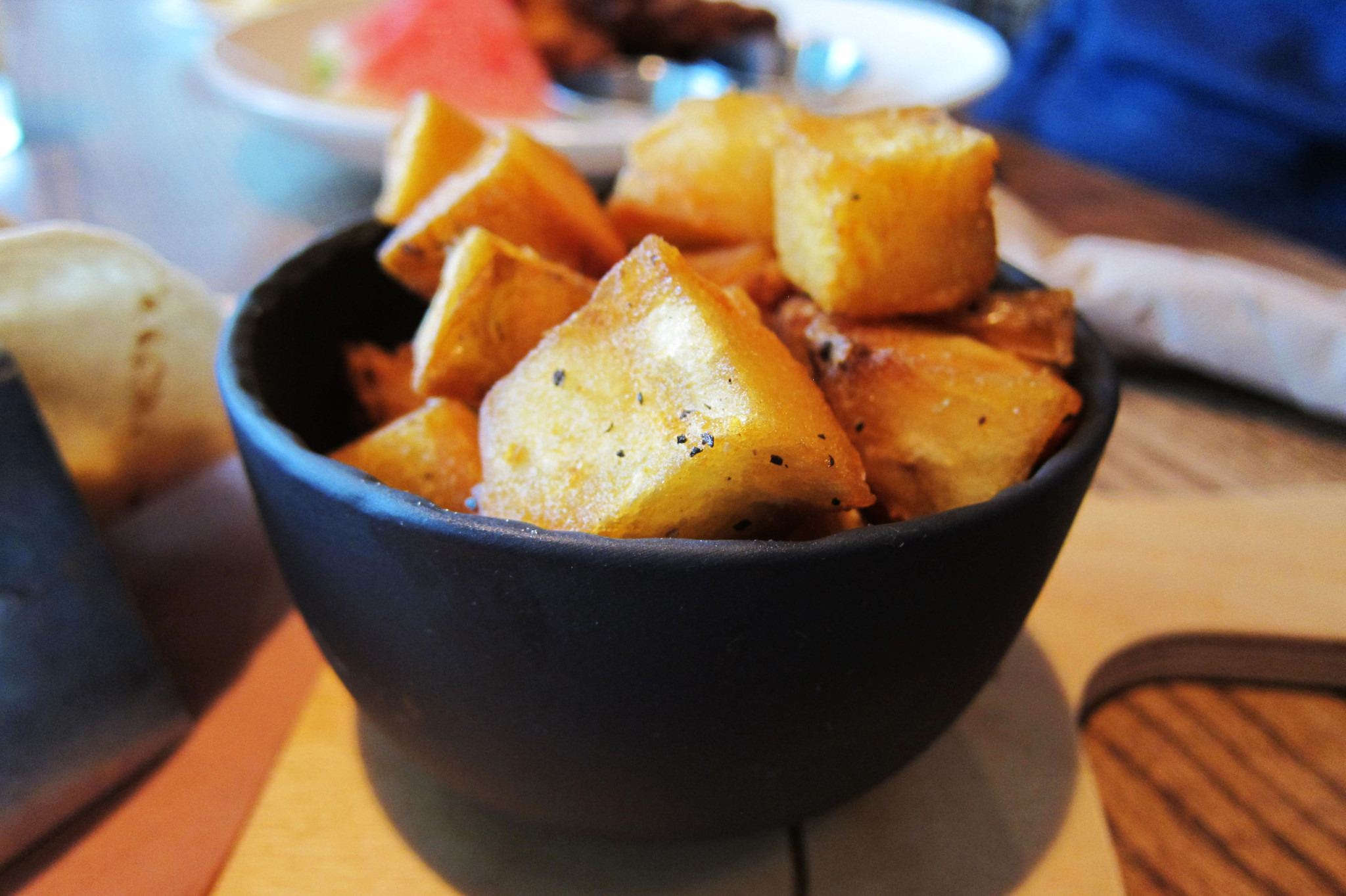 Brunch goers at Craft Beer Market have the choice to seal the deal with long list of craft beer. Indeed, there are over a whopping 100 to choose from. Aside from pouring ales, lagers, and ciders, Craft Beer Market also offers a Beermosa (Hoegaarden and OJ), as well as a Beesar, a beer infused concoction made up of Salt Co. House Lager, Motts Clamato Juice, Tasbasco, and Worcestershire Sauce. 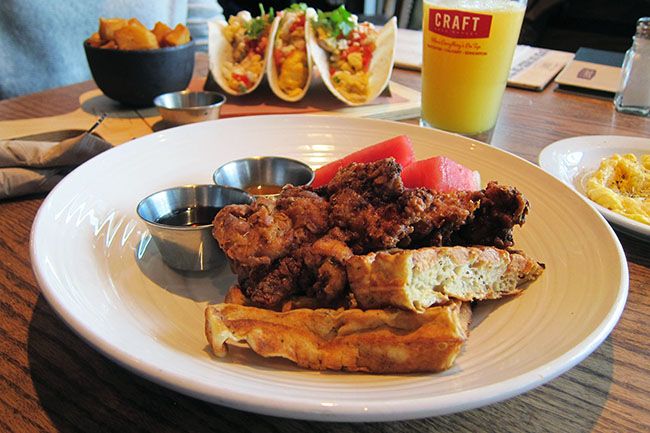 While it is the food that ultimately tempts people to a new brunch joint, it is also worth noting Craft Beer Market’s unique and impressive setting. The huge 540 seat warehouse-type space features high ceilings, rustic wood trusses, two raised mezzanines, private dining rooms, and an inviting covered patio, which is a great spot to enjoy brunch on a sunny day.

With a reliable food menu, an extensive craft been program, friendly and attentive service, ample seating options (the iconic red building on the banks of False Creek is certainly a great place to eat if you have a large party), Craft Beer Market is a safe bet when looking for an eatery to grab a laid-back brunch and a beer or two in Olympic Village.