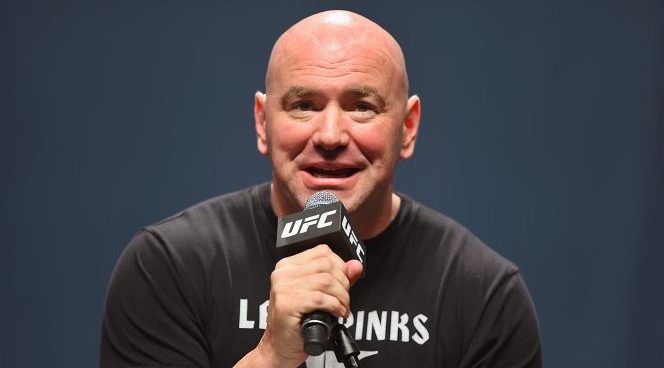 Hot on the heels of the news that Brock Lesnar is our new Canadian overlord, comes the news that the UFC is ready to visit Vancouver again!

“We are dedicated to bringing fights coast-to-coast across Canada,” UFC Executive Vice-President and General Manager for Canada, Australia and New Zealand Tom Wright said in a media release. “Vancouver has played host to tremendous events in the past and we look forward to delivering another spectacular night of fights this August.”

Set to go down on August 27th at Rogers Arena, UFC FOX 21, marks the return to a BC market that hasn’t exactly been a hotbed for the UFC, both in terms of crowd attendance or high profile fights.

So far the biggest fight on the FOX 21 card is Anthony Pettis, who makes his debut in the featherweight division, taking on Charles Oliveira. It is definitely an intriguing matchup for avid MMA fans, but might be missing the sizzle needed to draw in the casual viewer. The lack of sizzle seems to be a UFC Vancouver tradition, and it’s become kind of a debate of ‘is Vancouver just not a viable UFC market’ versus ‘is UFC not giving the city a reason to come out and watch a show?’

Historically, the UFC has held three events in Vancouver:

There is a noticeable downward trend here for UFC events, as it appears the UFC sees less and less of a return on their investment in Canada to the point where Vancouver isn’t even getting a pay-per-view, instead it’s getting a UFC FOX event. And again, the argument can be made that it’s hard to tell whether it’s truly fan disinterest in this market versus poor fight cards (low profile matchups or the fights themselves ended up being boring) and bad luck (missing out on Lesnar was a huge loss). It feels like they might only bring a pay-per-view back to Vancouver if they have a viable Canadian star (get it done Rory!).

More matches will be announced, and plenty of cards that don’t have that flash behind it can end up being quite good. Some cards that have everything going for them with big names can end up being poor for that matter. So the card could still end up being a ton of fun despite the chance of no big names. It also might have lower prices due to the fact it’s not a PPV event.

So should you want to check out the UFC FOX 21 event, tickets go on sale July 15th on Ticketmaster.