Meet Arianny Celeste, the official UFC Ring Girl and one of the most beautiful women on the planet, at the DTP Auto Festival this Saturday, September 14 at the Vancouver Convention Centre. To get your tickets to the show, visit www.dtpautoshow.com. 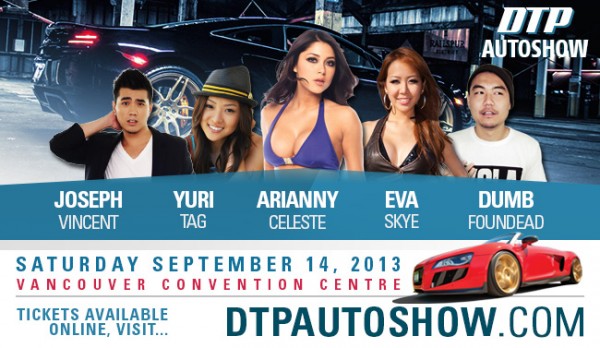 Check out some of the hottest modified cars, bikes and anything else with wheels from B.C., Alberta and Washington State on Saturday, September 14 at the Vancouver Convention Centre.

Don’t know who Arianny Celeste is? Take a look at this:

Check back with us next week as we’ll have an interview with Arianny at the show!