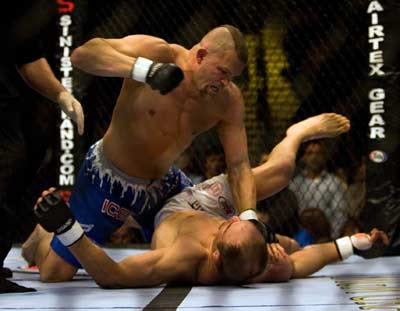 Well after months of speculation and announcements the full fight card for UFC 115 Vancouver has been released and quite frankly I find it underwhelming. This is even more of a suprise considering this is UFC’s first ever Vancouver event. Initially, rumours were abound that a Thiago Alves and Jon Fitch rematch would happen in Vancouver. Hell Dana White announced it on twitter and said that it would be in Vancouver. Then there was speculation that Liddell was going to fight Ortiz, again Dana White spoke about this on Sportsnet. None of those bouts are on the full card and when the lowest ticket prices are $75, I feel the UFC needs to up their game. I will be watching this one at Forum Sports Bar. Tickets go on sale tomorrow for those still interested.