Uber is touching base with Vancouver once again — but this time it won’t be driving around people.

Teaming up with the Companion Animal Advocacy & Rescue Effort (CAARE), the San Francisco transportation company announced it will be providing “puppy playdates” on Thursday, August 6 to anyone in an office in downtown Vancouver.

Between 11 a.m. and 3 p.m., those at a downtown office can open the Uber app to find a new option labelled “puppies.” A puppy will then be delivered to the office, and 15 minutes of playtime will be provided.

Each playdate costs $30, and the funds will be given to CAARE.

According to Uber’s website, the eight canines that will each be transported around town are also all available for adoption, and there will be CAARE staff with them to answer questions about the adoption process.

Uber previously hosted the same event in other Canadian cities on National-Adopt-A-Shelter-Pet-Day. Residents in Toronto, Edmonton, Montreal and Ottawa had the same event come to their separate cities on April 30, 2015.

Uber previously operated in Vancouver for six months back in 2012, though after the province imposed a minimum $75 fare, the company halted operations in B.C. 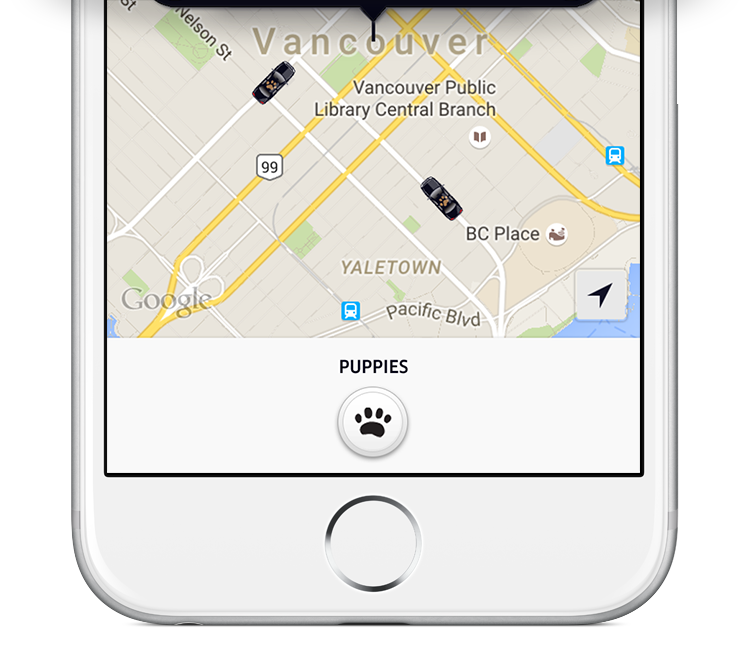