For the second time in school history, the UBC Thunderbirds women’s hockey team are Canada West champions. They defeated the Manitoba Bisons 2-1 on Sunday to clinch the title.

UBC won the third and deciding game of the best-of-three series on home ice, at the Doug Mitchell Thunderbird Sports Centre at UBC. 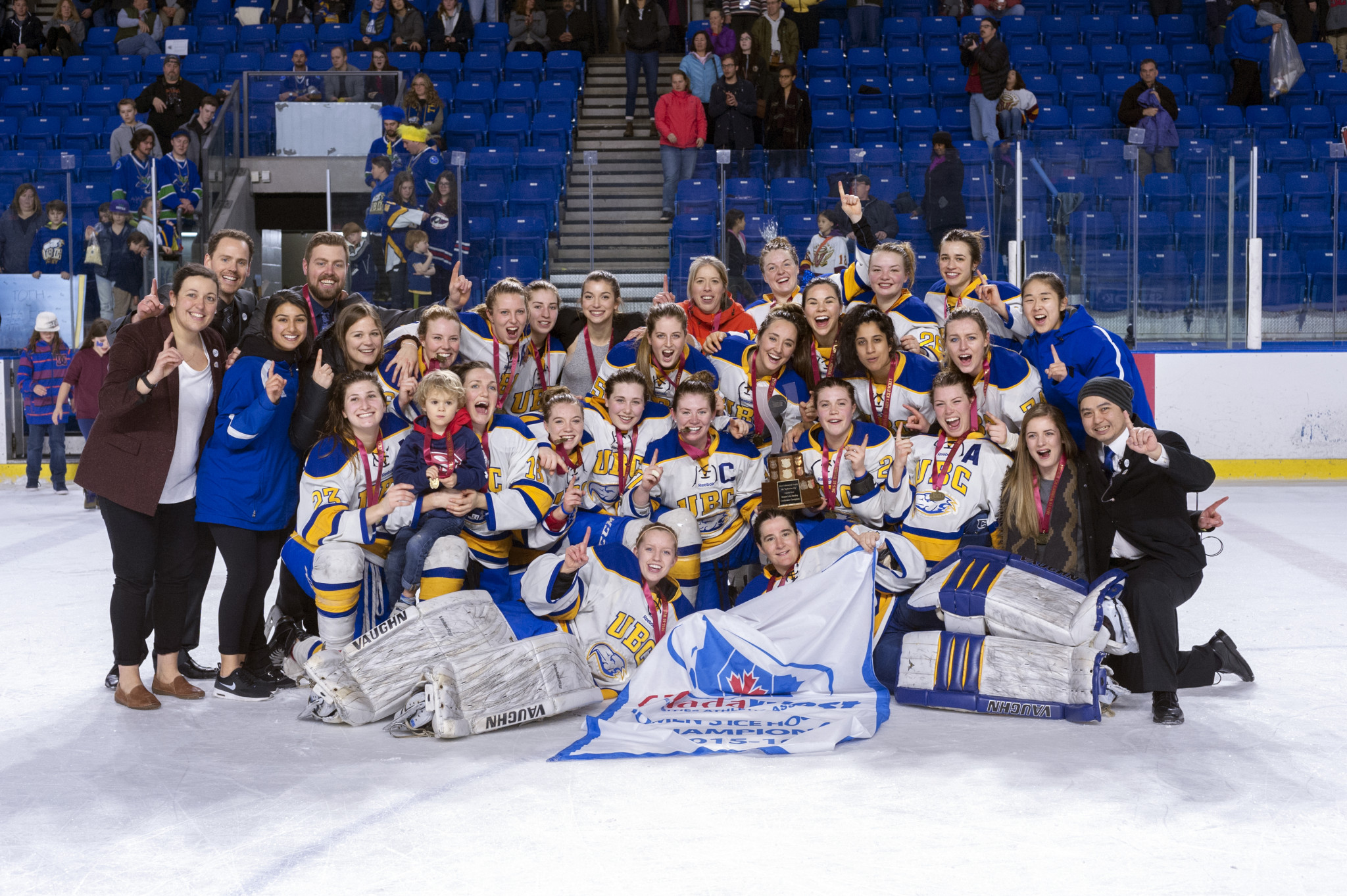 Celine Tardiff got the T-Birds on the board early, scoring on a seeing-eye point shot just three minutes into the game. Kelly Murray put UBC up 2-0, scoring on a booming slap shot on the power play early in the third period.

Manitoba made things interesting late in the game when Karissa Kirkup scored on a Bisons power play to make the game 2-1 with under two minutes to go.

The T-Birds, along with seven other teams, will travel to Calgary for the CIS National Championship that will take place March 17-20.