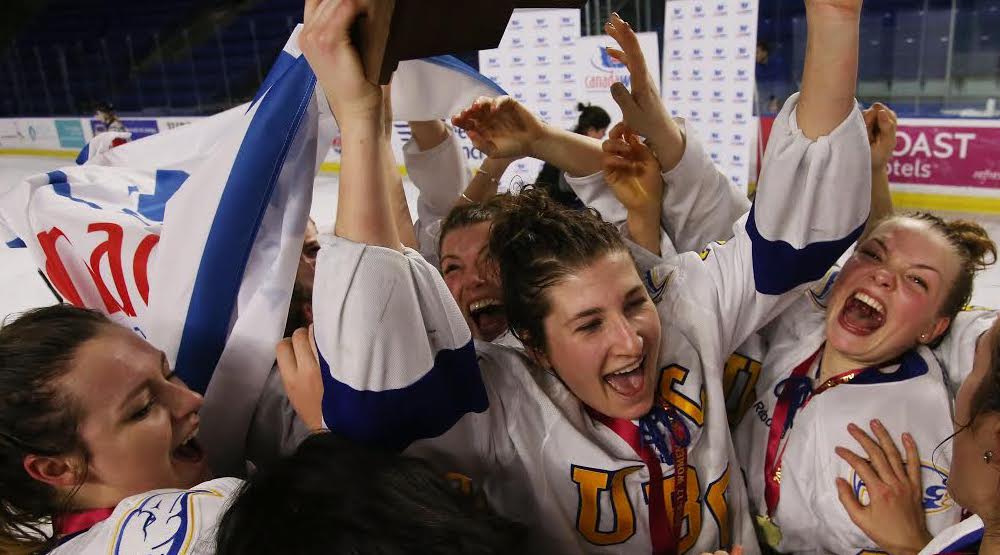 With a single goal by Cassandra Vilgrain, the UBC Thunderbirds became Canada West champions this past weekend.

The T-birds faced off against the Alberta Pandas on Sunday for the final game in the best-of-three series with each team sitting at a win apiece.

Vilgrain’s second-period goal would turn out to be the only goal of the game, while Amelia Boughn earned her second shutout of the playoffs making 16 saves. 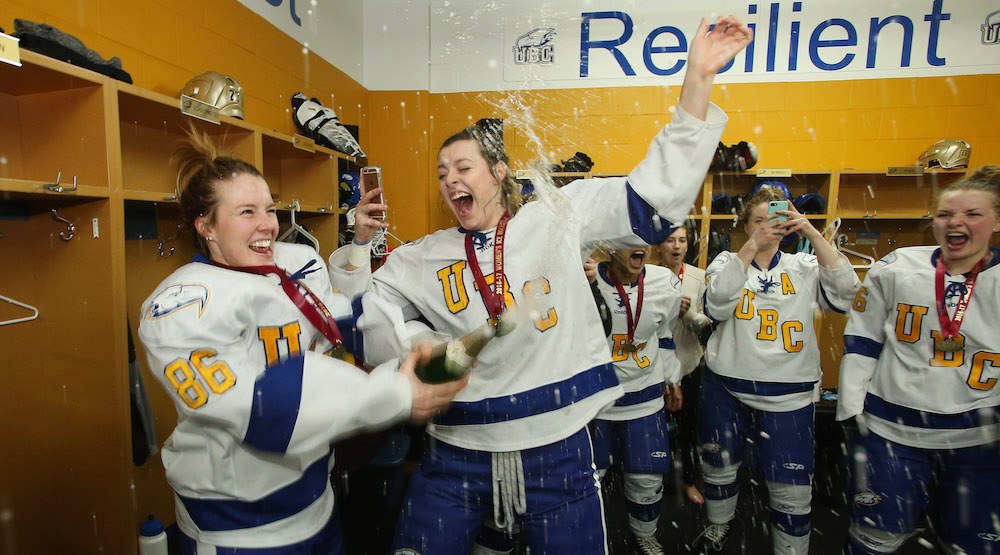 It was also a historic win for the team, which has now won back-to-back Canada West titles for the first time in team history.

“It’s surreal, it feels amazing,” said Vilgrain after the game. “I’ve never played for anything like this and to do [it] with this group of girls is just beyond amazing. I’m lost for words – I can’t believe it.”

T-birds captain Stephanie Schaupmeyer said the win was a great way to cap off a season full of great memories.

“I’m just so happy to do it with these girls,” Schaupmeyer said. “It’s awesome.”

UBC will now move on to the U Sports National Championships in Kingston, Ontario, happening March 16 to 19.