After a seven-year-long campaign, the University of British Columbia (UBC) has successfully raised and exceeded its target goal for its ambitious Start An Evolution fundraising campaign.

The university announced today that its campaign, which began in April 2008, has raised $1.624 billion – exceeding the original target goal of $1.5 billion. The campaign ended in late-September 2015.

“I could not be more proud of our donors, alumni and friends who have made this visionary campaign so successful,” UBC President Martha Piper said in a statement. “I am particularly pleased that these magnificent numbers were achieved by 61,000 donors and 130,000 engaged alumni, many of whom offered their time and talents as mentors and volunteers. This level of involvement allows us to build the excellent research and student learning opportunities that make UBC a world leader.”

All donations go towards hundreds of one-time initiatives, capital projects, research initiatives, and student engagement – no funds will be directed towards the university’s overall year-to-year operational costs.

For instance, Start An Evolution helped fund new facilities and equipment for the recently completed Djavad Mowafaghian Centre for Brain Health, Peter A. Allard School of Law, and the Audain Art Centre as well as support of educational initiatives in Vancouver’s Downtown Eastside.

Much all of the funds were raised by engaging the university’s global network of alumni. The largest donation from a single individual was from the estate of triple alumna Judith Jardine while the Alma Mater Student Society offered the single largest gift – to help construct The Student Nest, the new UBC Student Union Building.

As part of the campaign, UBC also raised $100 million for initiatives at its satellite Okanagan campus in Kelowna. 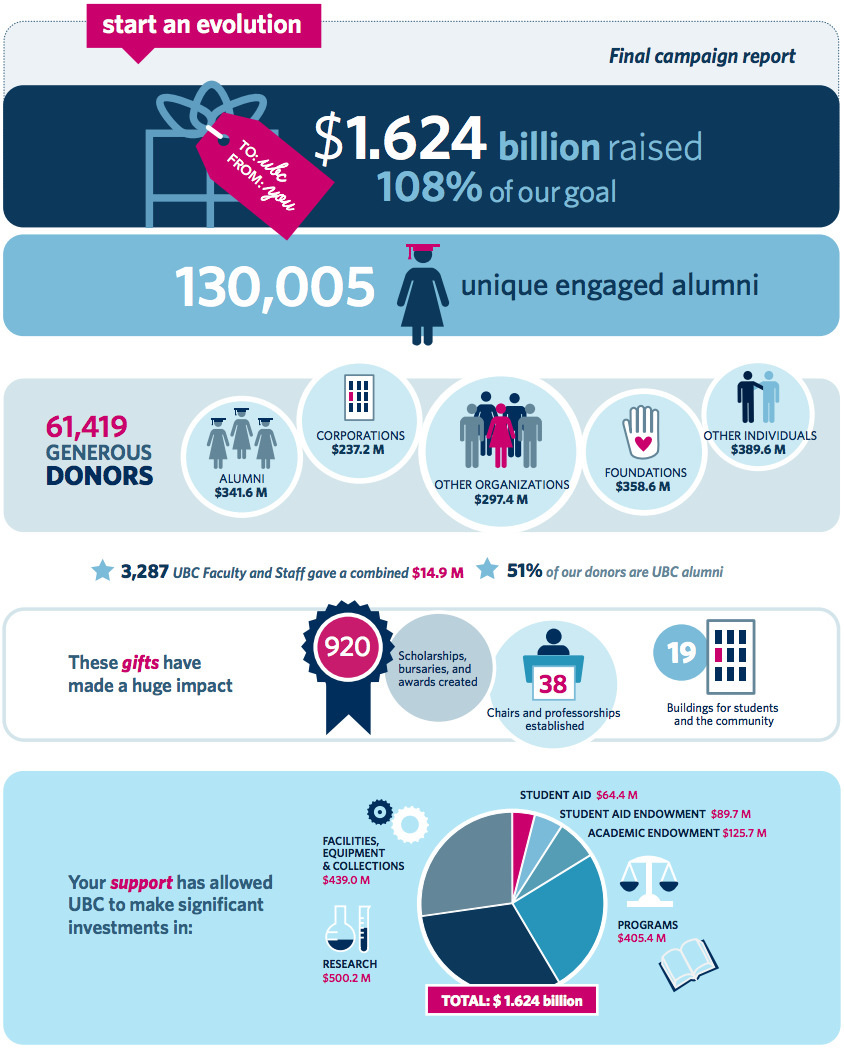