The University of British Columbia (UBC) has once again been recognized as not just one of the highest-ranking post-secondary schools in Canada but also in the world.

The institution recently ranked second in Canada and 38th in the world by the ShanghaiRanking Consultancy, an independent organization “dedicated to researching higher education intelligence and consultation.”

The group has been publishing academic rankings of world universities since 2009, using several objective indicators.

The ranking “adopts six objective indicators to rank world universities, including the number of alumni and staff winning Nobel Prizes and Fields Medals, the number of articles published in journals of Nature and Science, the number of Highly Cited Researchers and articles indexed in Science Citation Index – Expanded and Social Sciences Citation Index based on data in the Web of Science, and per capita performance,” says the ShanghaiRanking.

UBC has been ranked 38th in the world in the 2020 @shanghairanking. https://t.co/76TXaAB6bB pic.twitter.com/zZuqr2UTxS

Top 25 Academic Universities in the World 2020 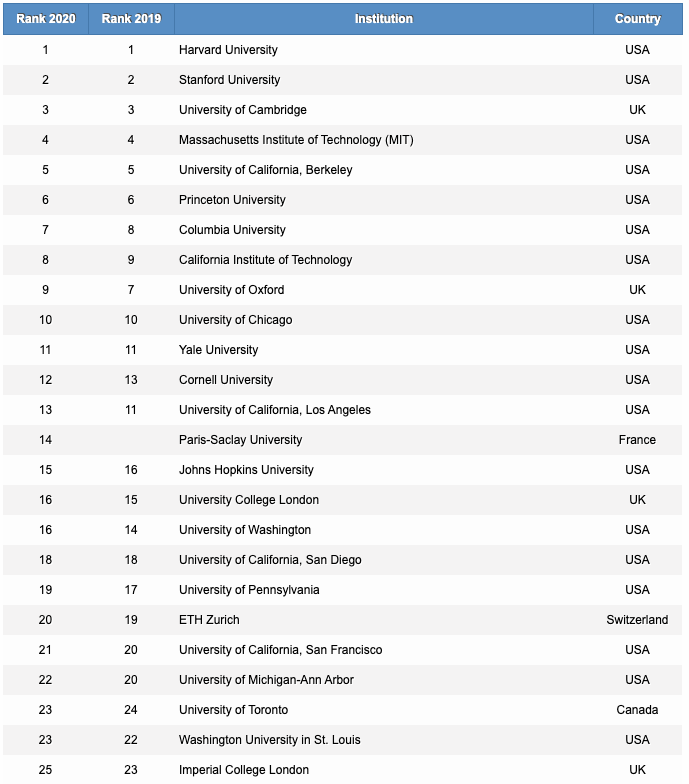 The top academic universities in the world, according to ShanghaiRanking. 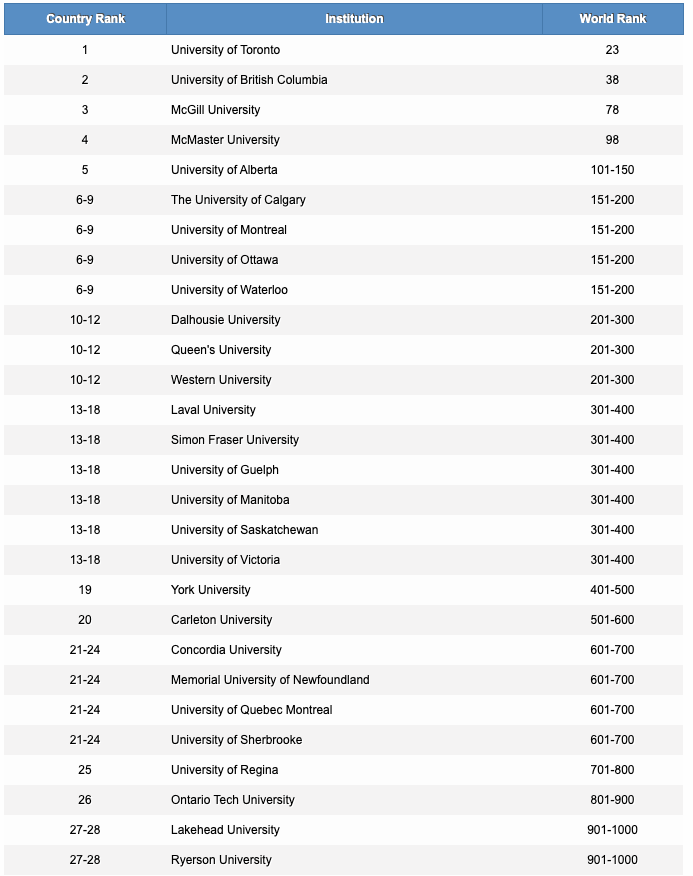 The top universities in Canada, according to ShanghaiRanking.