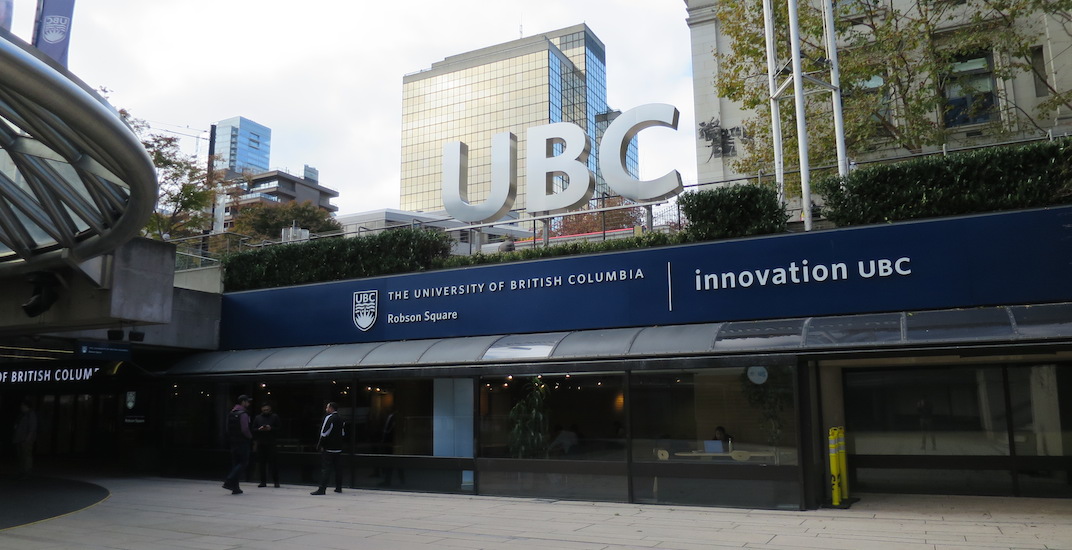 Tens of thousands of people, particularly tourists, who walk through Robson Square in downtown Vancouver may not be aware that they’re passing by a satellite campus of the University of British Columbia.

Earlier this fall, the university erected a giant three-letter sign that spells out the acronym ‘UBC’ on the north side of Robson Square, demarcating the location of the university’s campus from the street level of UBC Robson Square. 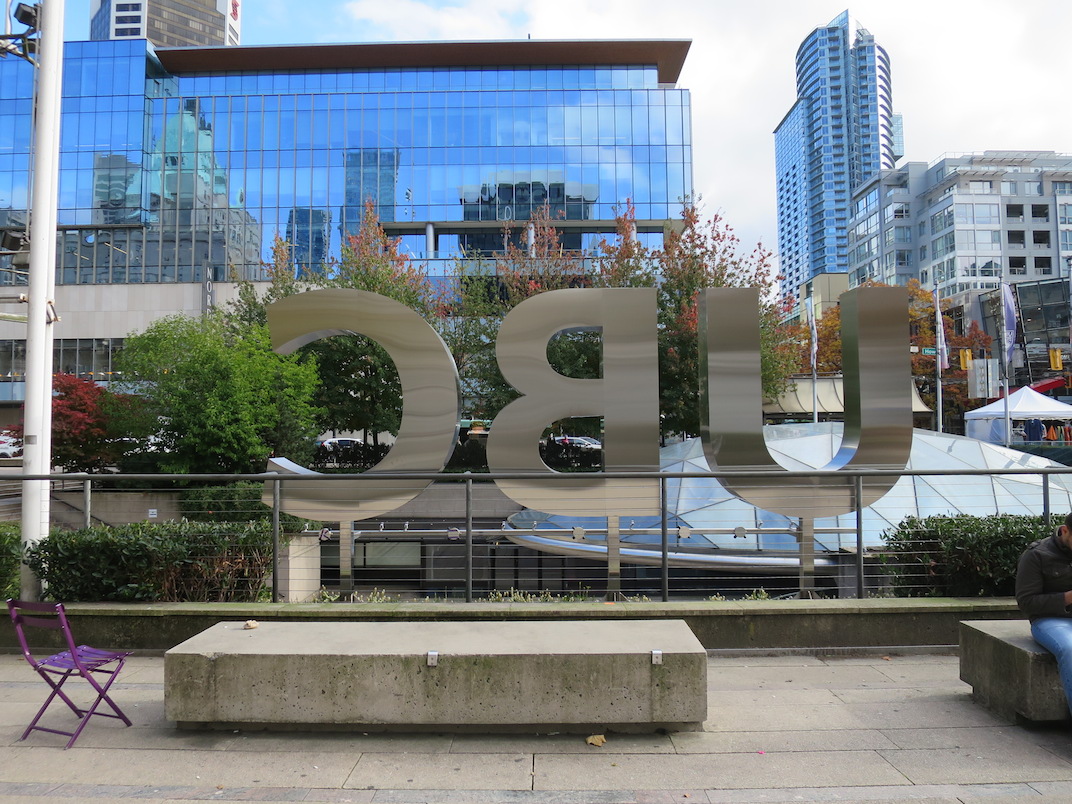 This stainless steel sign design is identical to the sign that was installed several years ago at the intersection of University Boulevard and Westbrook Mall, at the Point Grey campus, as part of a complete public realm overhaul of the area and the construction of the new trolley bus loop.

The university has also been planning public realm improvements for its Robson Square campus. 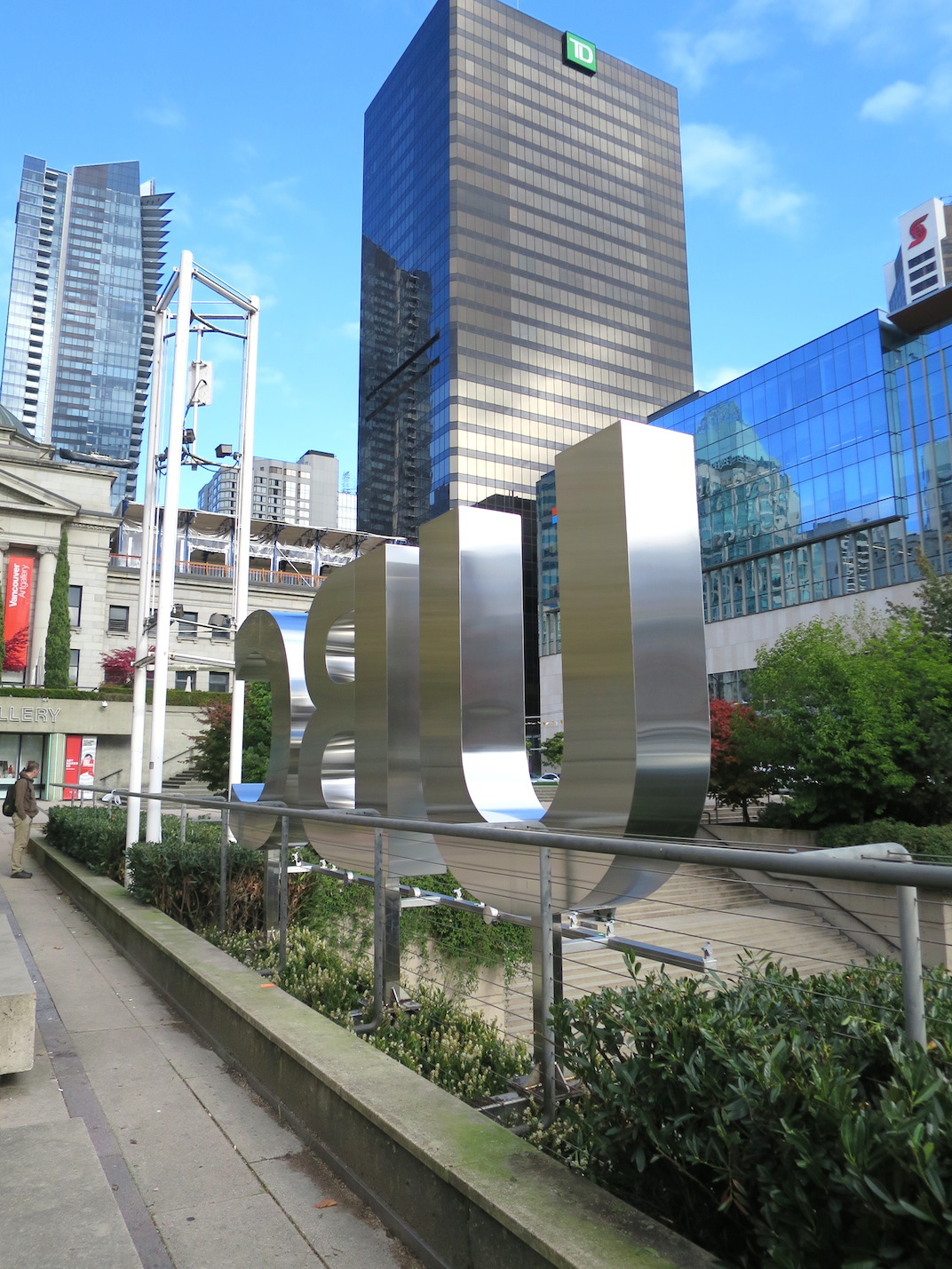