The firestorm of controversy over UBC Commerce Undergraduate Society’s Frosh week rape chant has now motivated some individuals to graffiti the Sauder School of Business and to flagrantly cyberbully UBC students.

A photo posted by a Reddit user yesterday showed graffiti sprayed near the main entrance of the Sauder School of Business building that read “F*** Rape Culture” and “Teaches Rape.”

Graffiti with the words “F*** Rape Culture” was also reportedly sprayed outside of Koerner Plaza near the business school building. However, both acts of vandalism have since been quickly removed.

Needless to say, the vandalism of university property accomplishes nothing at all and the actions of a few should never represent the culture and the values the institution embodies and teaches nor UBC’s 50,000+ students and faculty.

Students who study at UBC are well aware the campus is a safe, inclusive and open learning environment. UBC also fights racial discrimination, homophobia and violence against women while promoting acceptance, understanding and tolerance through its highly pro-active Access & Diversity office. Such values are also embodied across all departments and faculties across campus.

What is much more troubling than the vandalism incident has been the recent surge in the cyberbullying of UBC students over Twitter and Facebook. Students across all years and fields of study (not just Sauder students), who had no involvement nor prior knowledge of the rape chant, are being targeted with hateful and harrassing messages.

Those directly involved within the Commerce Undergraduate Society have also received messages that have gone as far as asking them to leave the school.

While we certainly do not support the chant as it is blatantly and foolishly offensive, it is nothing to joke about, we do not agree with the level of outrage nor the extreme actions taken by some who are deeply offended and upset.

This is an educational matter where the proper course of action should be anything but supporting and advocating so much promoted and indiscriminated hate. 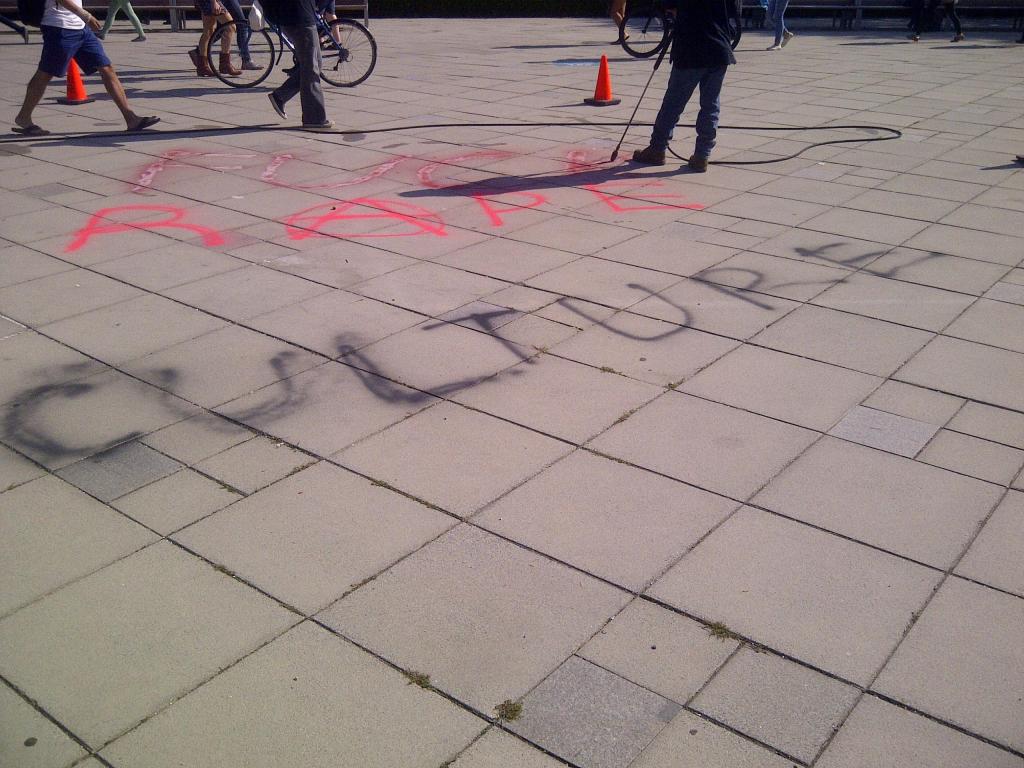