It’s official: Canada’s Smartest Person is a 22-year-old law student from the University of British Columbia.

So says the CBC, who crowned Cranbrook, B.C.-born Braden Lauer the victor of the second season of their quiz show “Canada’s Smartest Person” during Sunday’s finale.

Lauer has been keeping his big win a secret for nearly four months now, since the show finished taping during the summer.

The game show isn’t purely an IQ test–in fact, Lauer told The Vancouver Sun the game is “a perfect example of a misnomer,” because the show tests participants through challenges that represent a number of kinds of intelligence.

Lauer says the paces he and others were put through included listening to music and identifying what instruments dropped out of the recording, guessing who was lying while delivering speeches, and even cup stacking.

Ultimately, Lauer beat out an Olympic swimmer, and a poet from North Vancouver to take the title. 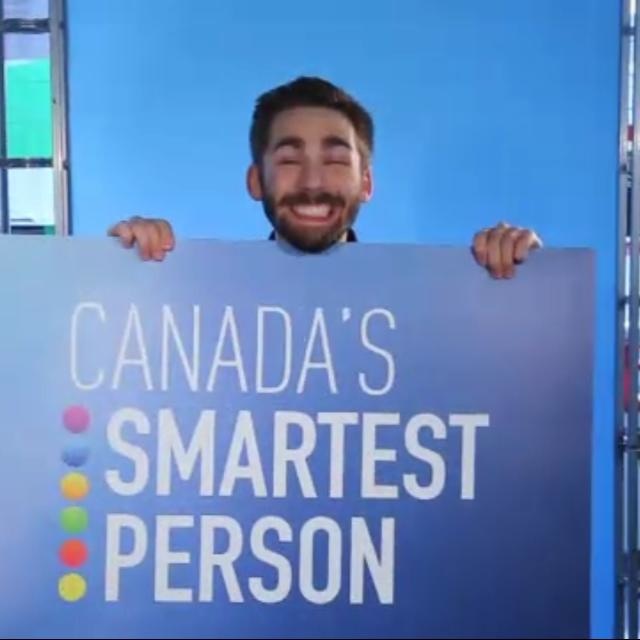 Lauer, who says he pretty much entered the competition just for fun, is definitely smart when it comes to his own education. The second-year law student “has never paid a cent for his education, having received five different academic scholarships,” explains the show’s official announcement of Lauer’s win. That is pretty smart, indeed.

“I hope winning the title inspires students and young people in the country to pursue their goals with passion and determination,” says Lauer.